Hambach Today, the one millionth smart fortwo rolled off the production line at the plant in Hambach, France - a micro hybrid drive (mhd) in the passion equipment line. On the occasion of the production anniversary and the tenth birthday of the smart brand Daimler presented the new smart electric drive. In Hambach Dr. Dieter Zetsche, President and CEO of Daimler AG and Head of Mercedes-Benz Cars said "The smart electric drive makes zero emission driving in an urban environment a reality."

The anniversary vehicle, which celebrates the tenth birthday of the Hambach plant and is the one millionth fortwo, rolled off the production line as an mhd passion with a 52 kW/71 bhp engine in the colour silver metallic. The car will be donated to charity. Dr. Dieter Zetsche, President and CEO of Daimler AG and Head of Mercedes-Benz Cars, congratulated the team at the Hambach plant on their work. "The continuing rising demand shows the success and the potential of the smart fortwo from Hambach. This year we have already sold 90,000 cars, more than 16,000 of them in the USA. From mid 2009 the smart will also become a familiar sight on Chinese roads." 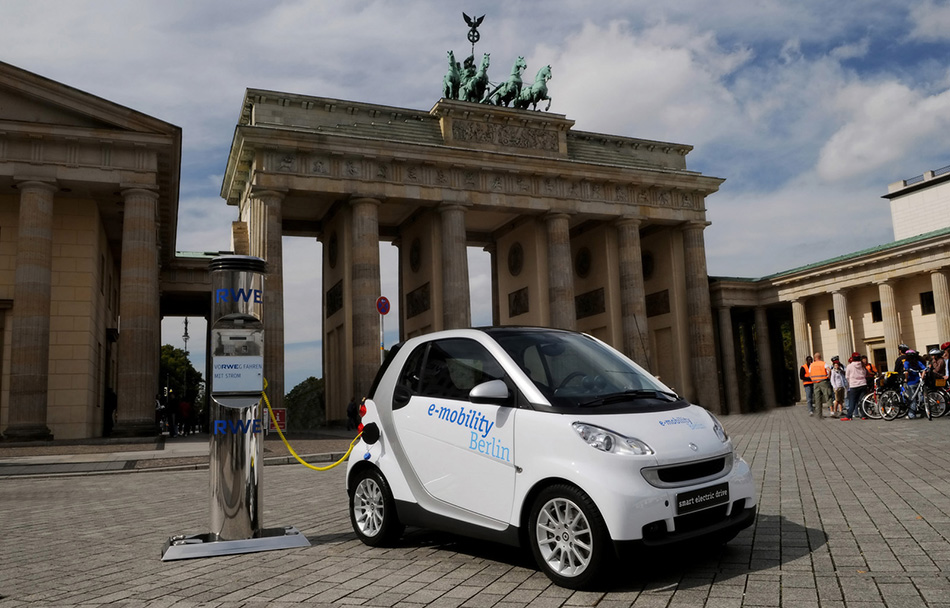 Anders Sundt Jensen, Head of Brand Management at smart takes stock after ten years of smart: "The fortwo is a success story it has won lots of fans in 37 markets worldwide. The smart is particularly sought-after in the USA which, even in the first year of the market launch, has become the third strongest market after Italy and Germany. There it is already a familiar sight on the roads of cities such as Los Angeles, New York City, Washington DC, San Francisco and Phoenix.

The smart fortwo has always been most popular among customers in Italy and Germany: approximately two thirds of drivers of the new fortwo come from these two countries. The high quality "passion" equipment line is particularly popular and is chosen by two thirds of smart customers worldwide. In Germany and Italy every 5th smart driver drives the CO2 champion, the smart fortwo cdi. The economical diesel variant of the two-seater consumes just 3.3 litres per 100 kilometres in accordance with the New European Driving Cycle and emits just 88 grams of CO2 per kilometre the lowest figure worldwide.

From October both the 52 kW/71 bhp and the 45 kW/61 bhp models will be equipped with mhd technology as standard. These are also the most popular engine variants with customers. This reduces the NEDC consumption by approximately 8 percent to 4.3 litres per 100 km and in urban traffic a fuel saving of almost 20 percent can be achieved.

Production at the smart plant in Hambach

Plant Manager Dr. Marcus Nicolai says "More than 800 skilled and motivated employees are responsible for the excellent quality of every smart fortwo that leaves the plant. The outstanding success of the second generation smart fortwo ensures that the capacity of our site is very well utilised. Flexible production methods have enabled us to react extremely well to the high demand."

The smart plant in Hambach was inaugurated in 1997 and production of the first smart fortwo started in 1998. Around 14 hectares of the approximately 70 hectare site are built on. In 2007 more than 800 employees and around a further 1000 people employed by seven system partners produced more than 100,000 smart fortwos. Since 2007 the second generation of the smart fortwo has rolled off the production line in Hambach.

The production in Hambach is known for its innovation and efficiency. The assembly line in the shape of a plus sign has been designed to optimally meet the demands of assembly and logistics and ensures efficient production processes. This principle enables the system partners to supply modules directly to the assembly line. Transport and logistics costs are reduced to a minimum. This is an important contribution to environmentally compatible production at the site. In addition, the environmentally friendly and cost effective painting of the plant, an energy concept with numerous opportunities for making savings and the construction of the vehicles ensure that the ecological product responsibility of the smart brand is realised in the production.