The Toyota FCV Concept is a practical concept of the fuel cell vehicle Toyotaplans to launch around 2015 as a pioneer in the development of hydrogen-powered vehicles. The vehicle has a driving range of at least 500 km and refueling times as low as three minutes, roughly the same time as for a gasoline vehicle.

The vehicle's exterior design evokes two key characteristics of a fuel cell vehicle: the transformation of air into water as the system produces electricity, and the powerful acceleration enabled by the electric drive motor. The bold front view features pronounced air intakes, while the sleek side view conveys the air-to-water transformation with its flowing-liquid door profile and wave-motif fuel cap. The theme carries to the rear view, which conveys a catamaran's stern and the flow of water behind. 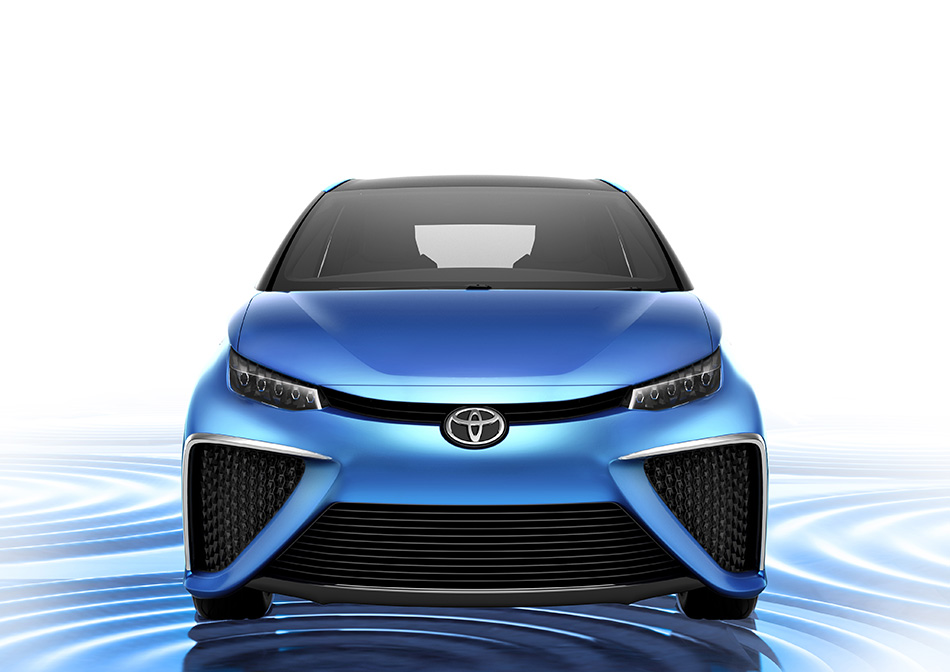 The Toyota FC Stack has a power output density of 3 kW/L, more than twice that of the current "Toyota FCHV-adv" FC Stack, and an output of at least 100 kW. In addition, the FC system is equipped with Toyota's high-efficiency boost converter. Increasing the voltage has made it possible to reduce the size of the motor and the number of fuel cells, leading to a smaller system offering enhanced performance at reduced cost.

Fully fueled, the vehicle can provide enough electricity to meet the daily needs of an average Japanese home (10 kWh) for more than one week.