It's tall, black as Newgate's Knocker and can probably turn on half a yen in the middle of a rush-hour snarl-up in Nagoya. It's Toyota's vision for a new generation of Japanese taxis that in terms of basic appearance looks like something you might be flagging down in Shoreditch rather than Shinjuku.

The new JPN Taxi Concept will be first off the rank at the Tokyo motor show later this month (20 November), where it's making its debut appearance. Although there's no "for hire" sign yet shining on the blue display panel above the windscreen, it's been conceived by Toyota in line with the Japanese government's programme for designing buses and taxis that are more user-friendly. 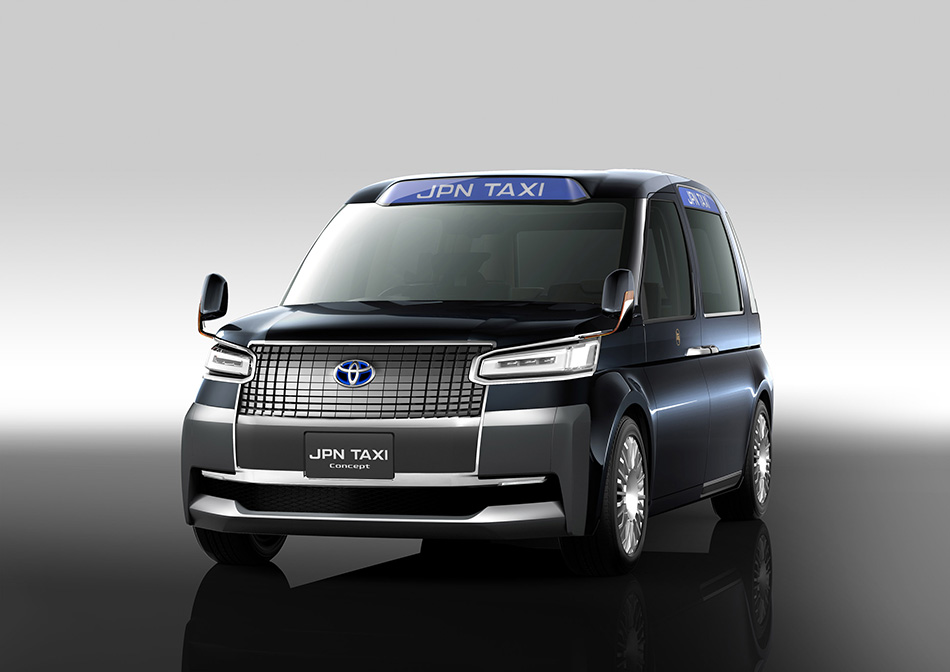 The vehicle's proportions and packaging have been tailored to give it the manoeuvrability that's essential in urban traffic, and to make access easy for passengers, especially children and older people, with a high cabin, low floor and electric sliding door.

It also comes with a new powertrain, an LPG hybrid system that offers better environmental performance around town. The cab seats five and is equipped with a large interior monitor showing passenger information including the route to the destination and the fare. What's not known yet, though, is whether the JPN Taxi will take you south of Tokyo's Tama River after 10pm.