Powertrain revolution in California: Volkwagen is presenting the space up! blue concept car at the Los Angeles Auto Show (November 14 to 25) as a world exclusive – a compact, self-confident zero emissions van in the style of the legendary Volkswagen Samba Bus. On board: the world's first high temperature fuel cell and an array of twelve lithium-ion batteries.

When the electric motor (45 kW / 61 PS) of the space up! blue is driven exclusively by battery, a range of 65 miles is possible – enough to handle nearly all distances in downtown areas. In the scenario of tomorrow's world, the four-seat Volkswagen is advancing to become the ideal vehicle for anyone who wants to drive – completely emissions-free – to work, recreation, school or university or just shopping. 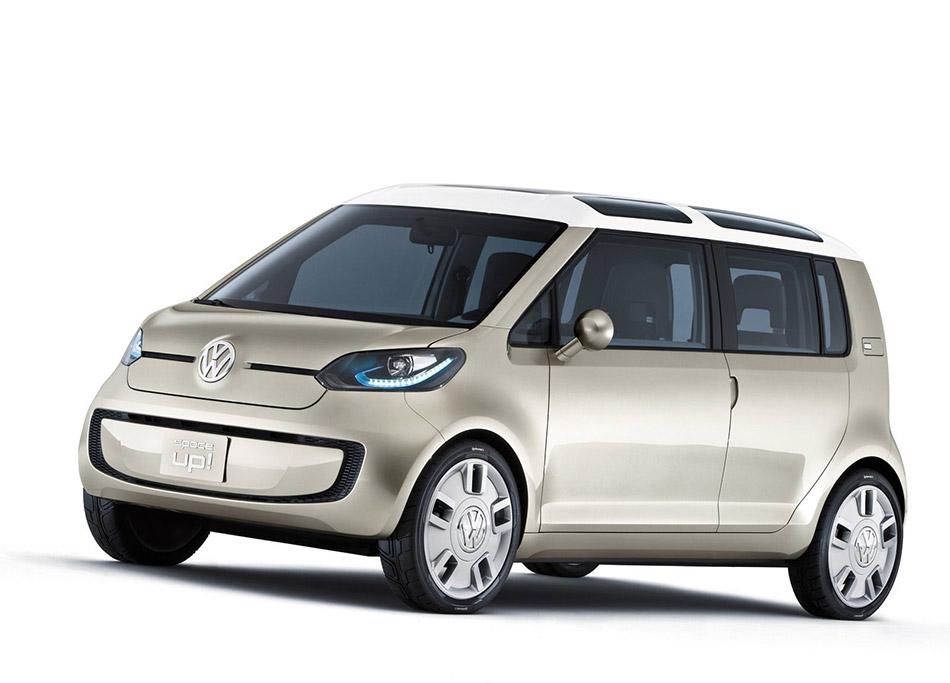 Energy is "refueled" either via an electrical outlet or by the Volkswagen high-temperature fuel cell. In the latter case, the car's range is extended an additional 155 miles. This makes it possible to drive up to 220 miles on a single "energy charge". Aside from this, the microvan utilizes another energy source: the sun. And indeed with a large solar panel on the roof. It supplies up to 150 Watt of energy that is also fed into the battery.

With its new high temperature fuel cell (HT-FC) Volkswagen is introducing a system that represents a turning point in research on fuel cells for mass production. That is because, the HTFC offers crucial advantages compared to all other fuel cell systems: considerably lower weight, significantly greater everyday utility, substantially lower price, and therefore clearly the better chances of becoming a reality someday as a mass produced technology. The high temperature fuel cell was developed at a dedicated research center founded by Volkswagen in Germany.

With its concept car being shown in Los Angeles, Europe's most successful car producer is introducing the third variant of its "New Small Family" within just two months. Like the city specialist, the up!, already introduced at the IAA in Frankfurt, and the space up! presented in Tokyo, the space up! blue is a small space wonder too. Over a length of just 144.9 inches, a height of 61.8 inches and a width of 64.2 inches, it offers the space of a considerably larger vehicle.

The clever space concept of the space up! blue – which is 1,090 kilograms "light" despite the fuel cell and batteries – is largely due to the layout of the powertrain. Its emissions-free electric motor operates – as did the engines of the Beetle and the Bulli (Microbus) at one time – in the rear. Also housed in the rear, under the rear seat to be exact, are the lithium-ion batteries. The high temperature fuel cell, on the other hand, is located at the front of the car.