As a herald of hope for peace and better times, in September 1944 Volvo presented the PV444 at a large Volvo exhibition in Stockholm. The price was very attractive - 4,800 Swedish kronor, the same as the ÖV4, Volvo's first car, cost in 1927.

American styling influenced the appearance of the 444. This car was the first Volvo to have a unitary body without a separate frame. It was also equipped with a laminated windscreen, an important new safety innovation. Interest was enormous and the original planned production figure of 8,000 cars became almost 200,000 before the PV444 became the PV544. The 444 was the first small Volvo car and the one that really set car production at Volvo moving. 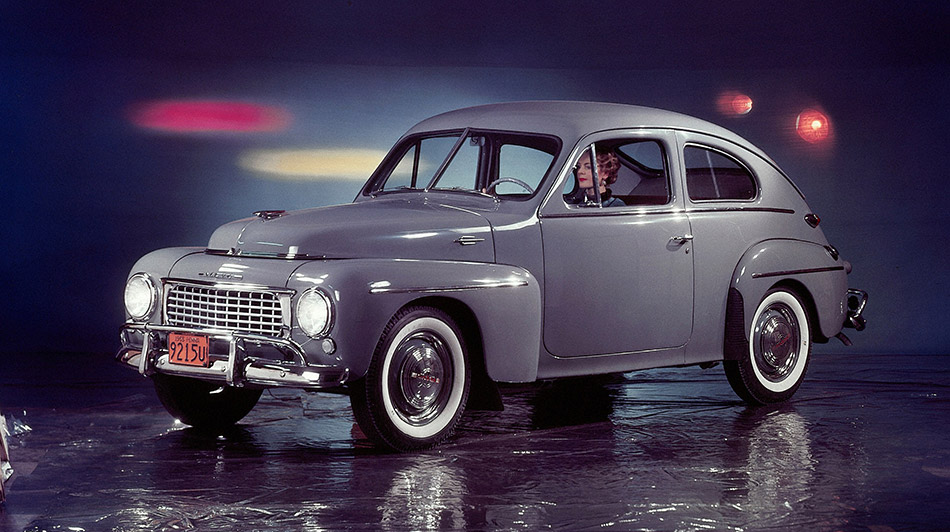