One prejudice generally expressed against tuned cars is often: "These dazzlers only look racy and actually have nothing beneath the hood!" The company LEIB Engineering from Gießen – specialist of performance upgrades – has not only disproved this dogma but also gives the lie to proponents of this prejudice with completely diametrically opposed facts.

Even though the bodywork of the vehicle remained in its absolute standard production form, the "M3" emblems symbolizing abundant power were even removed wherever possible and the Y-spoke light alloy rims from the 1-series M coupé in 9x19 and 10x19 inches do not expose the convertible as a steam hammer, the E93 still has a few surprises under the engine hood! 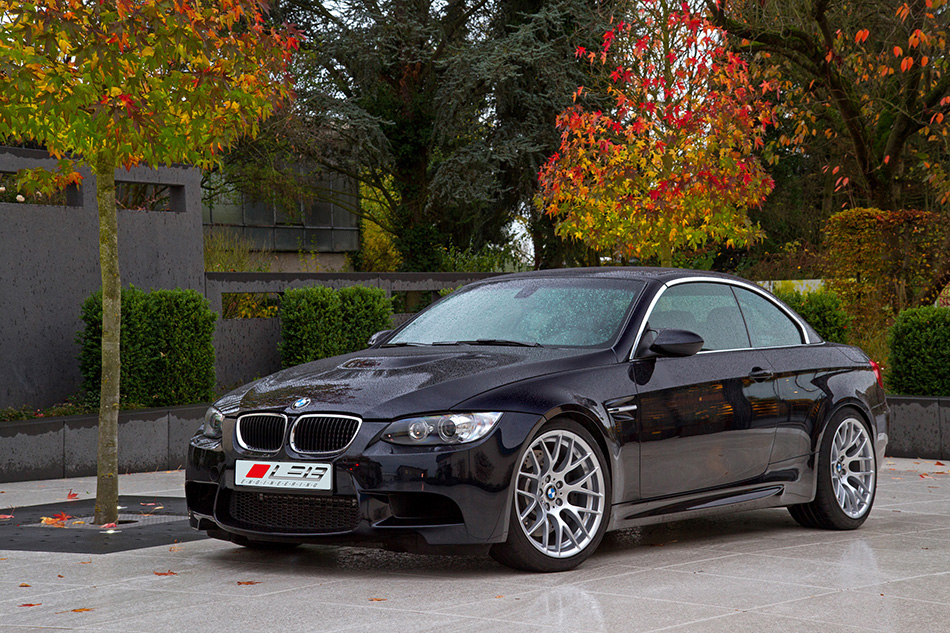 There is truly a wild beast lurking in there, which virtually turns the M3 into the proverbial wolf in the (black) sheep's skin: Whoever opens the cover will be downright "assaulted" by the dazzling orange of the G-Power SK II CS compressor system. The main integral part of the "Sporty Drive" system in the technical update variation which unleashes 610 horse power and a maximum torque of 590 Nm is indeed, the mechanically belt-driven ASA T1-523 supercharger. For this purpose, the S65B40-V8 drive was endowed amongst others, with an additional fuel pump system, high-performance injector nozzles, colder motor sports spark plugs, induction air track made of carbon/stainless steel including large sports air filters as well as an adaptation of the software of the control unit. LEIB Engineering henceforth functions as the official G-Power installation partner.

Moreover, the tuners from Central Hessen fitted the M3 with the company's own sports exhaust system including the double 100-cell sports catalytic converters from HJS and an exhaust valve that can be controlled through the M button on the steering wheel. This allows for the modification of the exhaust sound with a touch of the button, from the sonorous yet non-pervasive rumble up until the virtually unfiltered and ear-splitting V8 roar. The dynamic pressure in the interior of the exhaust system is reduced in such a way that the engine is able to unleash additional power and torque thanks to its continuous pipe diameter measuring 2x 65 millimeters (standard version: 2x 60 mm). The LEIB Engineering exhaust systems are produced at the company Supersprint in Italy, known for best possible quality.

The chassis frame of the M3 also received a high-tech upgrade at LEIB Engineering: The setups of the electronic shock absorber adjustment system of the adaptive KW DDC coilover kit can now be optionally accessed through the M button after presetting in the iDrive menu or through the standard EDC button.