CITROËN is growing fast in China, with sales up 19% to the end of August 2014, compared to 12% for the market. This growth is supported by a rapidly expanding network of 470 dealers, which came first for service quality in the JD Power 2014 survey. The success of the products, such as C-Elysée and C4 L, demonstrates that CITROËN has been able to win recognition by offering models that are tailored, modern and able to meet the expectations of these new customers. 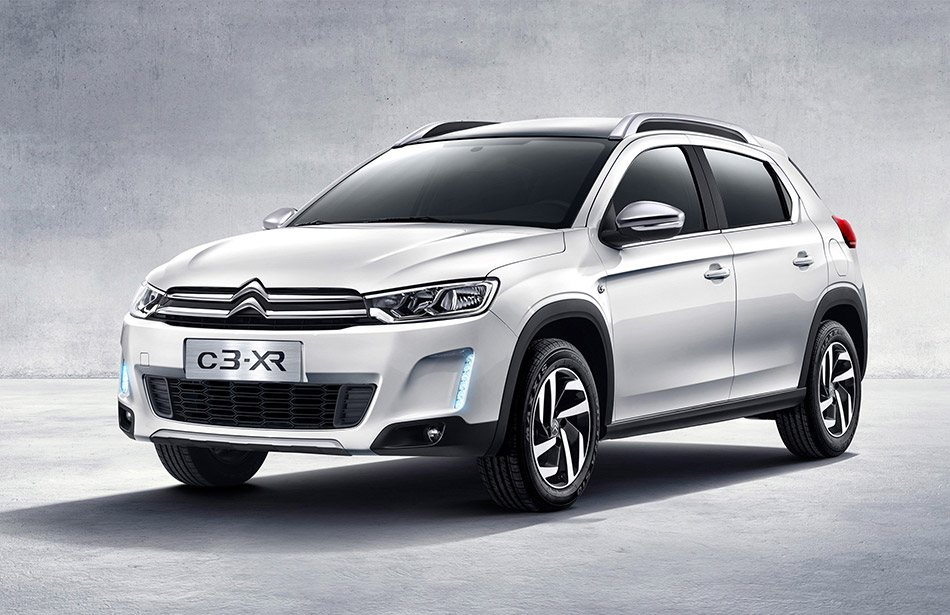 It is on these solid foundations that CITROËN has unveiled the C3-XR, its new model to be launched in China at the end of the year which will extend its cover of this market. This new offering embodies a resolutely modern approach to the SUV, based on CITROËN's values: strong design, remarkable comfort inherited from CITROËN's know-how and technology choices aimed at the well-being of users. The vehicle was presented at a symbolic location, C_42 on the Champs Elysées, to celebrate the 50th anniversary of Franco-Chinese diplomatic relations and emphasise the French origins of this SUV.

The C3-XR is very close to the concept car presented at Beijing in April 2014 and is a pure product of the CITROËN centre of style, which applied all of its know-how and creativity in the conception of this SUV. Its immediately identifiable design projects robustness, elegance and dynamism. As one of CITROËN's distinctive traits, comfort is of the highest standard, thanks to benchmark levels of interior space, a roomy and welcoming driving position, and ride comfort worthy of the best saloons. The CITROËN C3-XR also benefits from the latest innovations, making for easier use through its technological equipment – keyless entry and start, reversing camera, grip control – and its connectivity via the Citroën telematic services.