This model, with a dry weight of 1100 kilos, was developed by the Corse Clienti Department in Maranello, in collaboration with Michelotto Automobili to compete in the N-GT class. It makes use of recent evolutions successfully race tested on the 360 GT, with a sequential six speed gearchange and a further improved Magneti Marelli electronics package.

The aerodynamics are substantially different to the 360 GT, given that the 360 GTC has been newly homologated by FIA/ACO from the Challenge Stradale, taking up from its basic elements: front bumper, side skirts, engine cover and double rear end. Wind tunnel research has led to a new system for the rear wing, with a notable improvement in vertical downforce.

The performance of the 90 degree V8 3586.2cc engine has been improved in terms of consumption and power, putting out 445 horsepower at 8750 rpm. 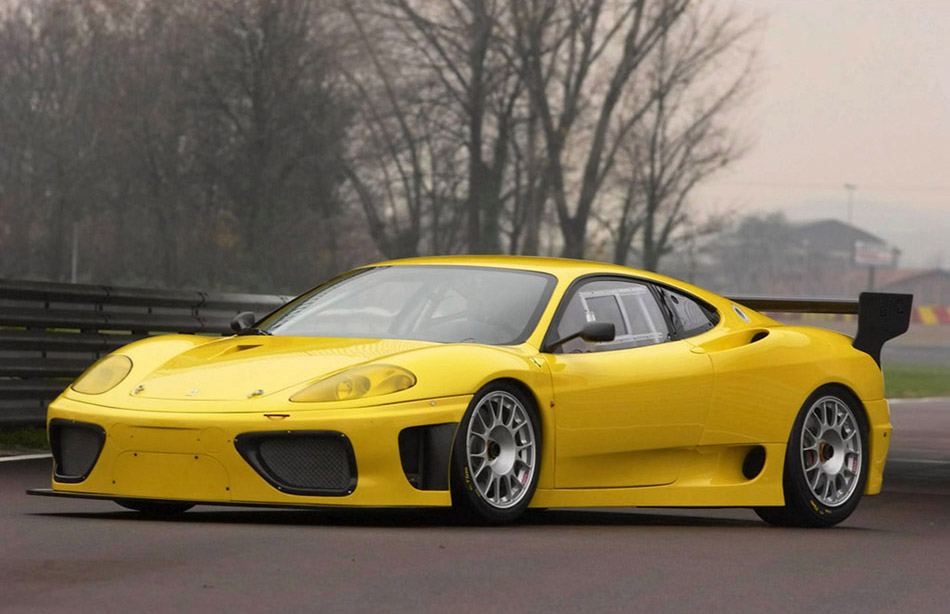