The Fiat Barchetta is a roadster produced by the Italian manufacturer Fiat from 1995 to 2005 (though production was paused between May 2002 and 2004).

The Barchetta was developed between 1990 and 1994 under the project name Tipo B Spider 176. It was designed by Andreas Zapatinas, Peter Barrett Davis and other car designers at the Fiat Centro Stile, and prototyping was carried out by Stola.

Production began in February 1995. The Barchetta was based on the chassis of the Mark 1 Fiat Punto. Its 131 PS / 96 kW engine is the 1.8 L petrol engine, with twin-cam and variable camshaft timing, which is notorious for its diesel-like clattering noise when failing. The Barchetta weighs 1060 kg (2337 lbs) without air conditioning and can accelerate to 100 km/h in 8.9 seconds. 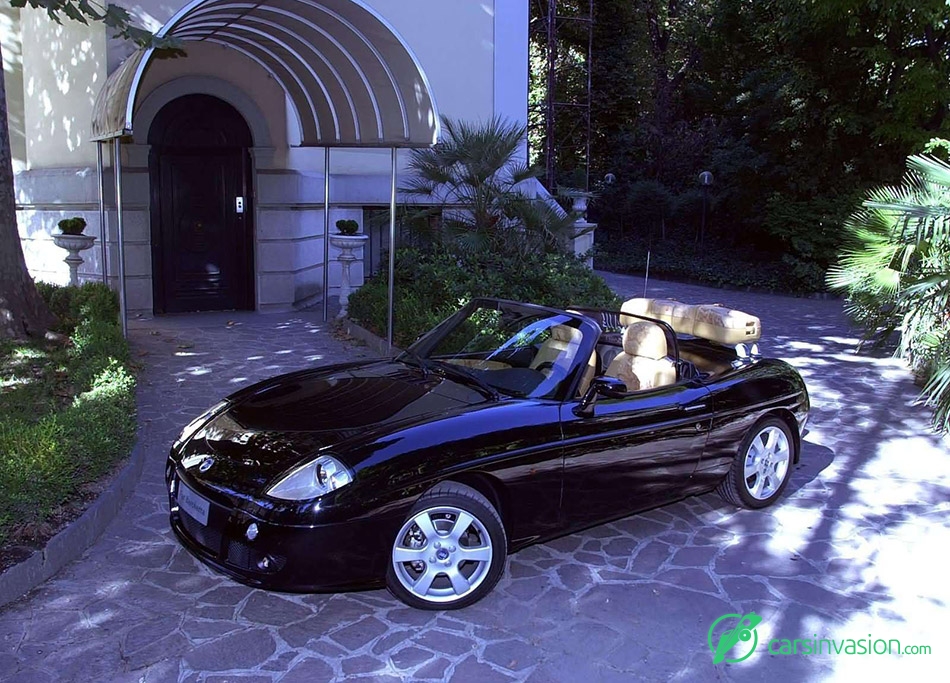 The Barchetta was revised in 2003 for its relaunch the following year, with a myriad of small alterations inside and out. Production of the car finally stopped in June 2005.

Car bodies were welded at ILCAS in Sparone Canavese, and final assembly was done in Chivasso by the coachbuilder Maggiora. After Maggiora's bankruptcy in 2002, Fiat relocated production of the Barchetta to its Mirafiori plant and resumed production two years later. Production of the Barchetta was limited to left hand drive cars only, even though the car was marketed and sold in two right hand drive markets, the United Kingdom and Japan.