In late 1966, Ford designers prepared a Mustang concept to preview some of the design updates coming for the 1969 model. The Mustang Mach I was a two-seat fastback with a very aggressive looking chopped roof profile. Each of the rear pillars featured a flip-open racing-style gas cap while larger than normal air-scoops dominated the flanks. The sloped rear end included a hatchback, a feature that wouldn't appear on a production model until the 1974 Mustang II. 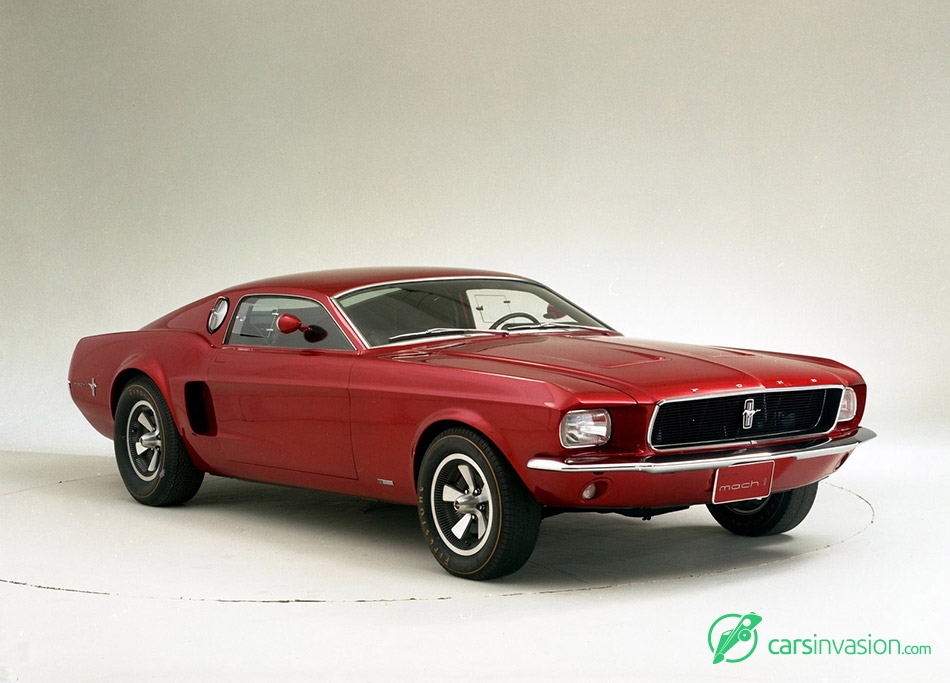