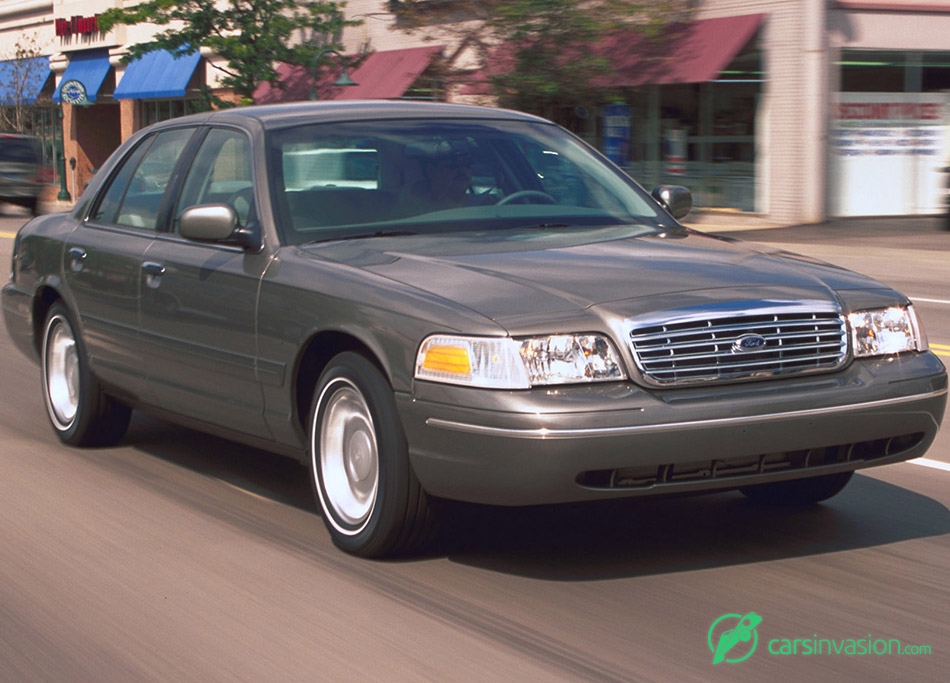 In 1998, the Crown Victoria's exterior styling, rear suspension, and ignition system were updated. The 1998-2002 "Crown Vics" have a revised 4-link rear suspension with a Watts linkage. The general road handling manners have improved, but towing capacity has been reduced. The Crown Victoria also uses a coil-on-plug ignition design rather than traditional spark plug wires. This design, already being used on the 1996-1999 Ford Taurus SHO 3.4L V8 engine, was later implemented on other users of the Modular V8, including the 1999-up Mustang GT, and many F/E-series trucks. The Crown Victoria also features a 114.7" wheelbase and its body now uses the more formal Mercury Grand Marquis roofline and side window styling.

In Canada, 1999 was the last year the Crown Victoria was individually available to civilians from Ford dealerships. Since 2000, the Crown Victoria has only been available in Canada as a Police Interceptor for law enforcement, or as a taxi or Special Service Vehicle for commercial fleets. The civilian Crown Victoria is only available when ordered as a fleet directly from Ford Motor Company of Canada, Limited and is not available through Ford dealerships. Civilians can, however, purchase used 2000 & up civilian Crown Victorias that are available at dealerships every so often, or used Police Interceptors or Special Service Vehicles from various auctions. The Mercury Grand Marquis and Lincoln Town Car, which also use the Ford Panther platform, however, are still available at Ford & Lincoln dealerships in Canada.

According to the article of the Mercury Grand Marquis in the French book Le guide de l'auto 2006 (The 2006 Auto-Guide), Ford is rumoured to be considering bringing back the Crown Victoria to the Canadian civilian market, replacing the Grand Marquis. Although Ford hasn't made any official statement to this effect, many consider this to make sense since the Mercury brand was officially phased out in Canada in 1999 and despite the Grand Marquis' Mercury badging, it's officially sold as a Ford in all Canadian sales literature.