Shelby and Ford have returned with a Shelby-branded Mustang, the Shelby GT500, for the 2007 model year. Introduced at the 2005 New York International Auto Show, the GT500 makes use of a 5.4 L Modular supercharged V8, which shares components with the Ford GT supercar as well as the 2000 Cobra R.

The most powerful factory-produced Mustang ever is the new Shelby GT500. Car & Driver put the Shelby GT500 up against the Corvette (Z51 package) and could only get 12.9 sec quarter-mile while the Corvette ran a 12.8. Road & Track magazine could muster only a 13.1 quarter-mile out of the Shelby GT500. However, Muscle Mustangs and Fast Fords (August 2006 issue) recorded low-12 second performances (best: 12.257s), with trap speeds of over 117 mph (temperature 66 degrees F; humidity 46%; pressure 29.9). 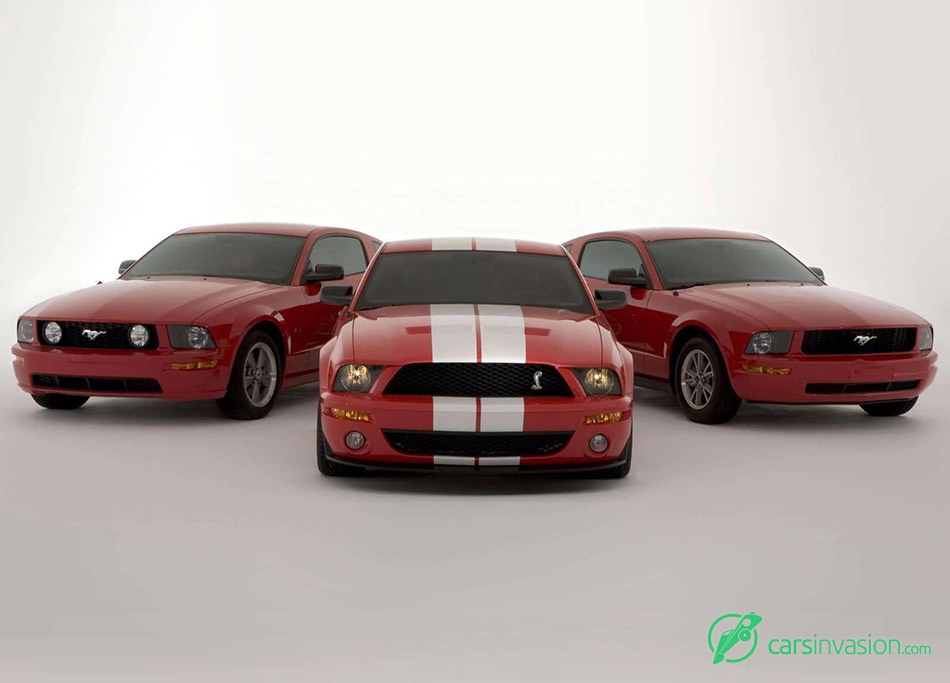 Eaton M122H (H for hybrid…revised 5th-gen blower) Roots-style blower with 9 psi of boost will be used. It has redesigned rotor and port design Eaton currently claims 15% improvement in adiabatic efficiency over the M112. SVT was considering using a Lysolm twin-screw unit, but decided against it for supply reasons.