The Ford BF Falcon is a full-size car manufactured by the Ford Motor Company in Victoria, Australia. The BF Falcon started production in October 2005 and a MkII update was released in October 2006. The engines are the same as those used on the previous BA Falcon, with significant technical upgrades.

The new model brought many mechanical upgrades to the Falcon, including but not limited to dual-independent variable cam timing on the 6-cylinder engines and improved knock sensing on the SOHC V8 which, in conjunction with ECU modifications, led to increases in power and fuel economy, required to comply with recently introduced Euro III emissions standards. The changes to the 6-cylinder engine decreased the engine's noise and vibration while increasing power from 182 to 190 kW. Fuel consumption from BF Falcons with the 6-cylinder engine is around 10 liters per 100 km on the freeway and 12 or 13 around town. Long a Falcon (and indeed, Australian-built vehicle) weakness was the continued use of 1980s-originating 4-speed automatic transmissions. With the BF, Ford introduced a 6-speed automatic developed by German company ZF and Bosch. The XR6 Turbo got a power increase to 245 kW (329 hp). 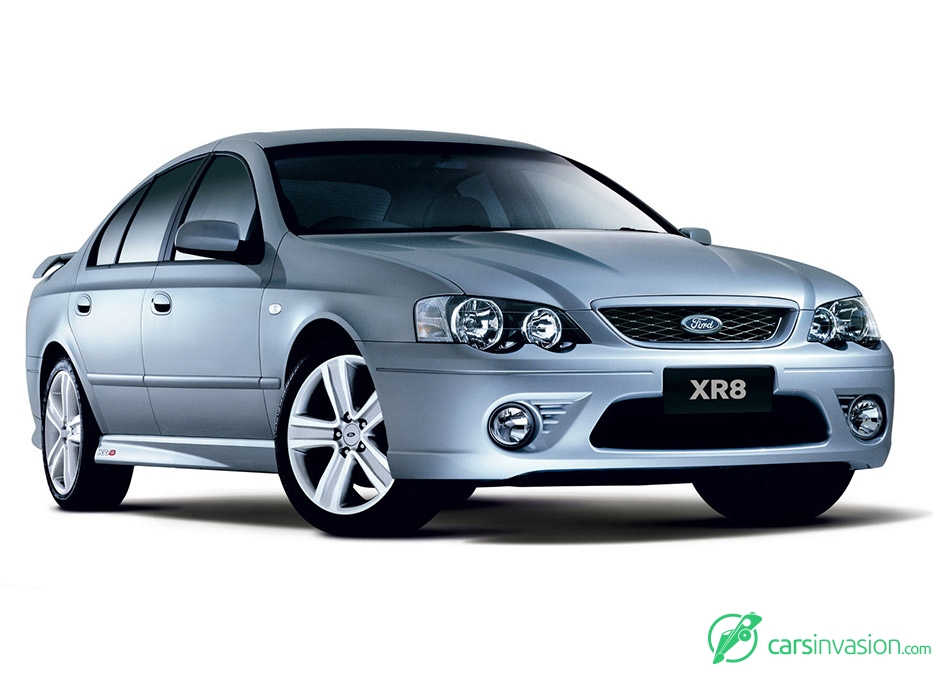 On the 6 October 2006, the BF Mark II was officially launched by Ford President Tom Gorman. Ford BF MkII Falcon went on sale 22nd October, 2006. The XT, Futura and Fairmont sport a facelift, while the XR range gets some minor interior updates. Small changes to the exterior are visible on the BF range, but the sporting image has been incorporated greatly throughout the range. The Ford Fairmont Ghia has had a major exterior image upgrade (compared to the other models) including more chrome and larger diamond finished alloy wheels. The Fairmont on the other hand does not receive the special sports body kit but still receives small visual upgrades.

It is interesting to note that much of the Falcon's success in Australia can be attributed to Ford Australia (and indeed also Holden) continuing to face the same problem that led to the Falcon's introduction in the 1960s: the resistance of Australian Ford buyers to "smaller" models. Attempts to sell the US Ford Taurus in Australia and New Zealand as a possible future replacement for the Falcon proved unsuccessful. Conversely, the Mondeo - which proved unpopular in Australia (but a success in New Zealand) - is the largest model available from Ford in Europe since the Scorpio was dropped in 1998.