The Ford Focus celebrates its tenth anniversary in 2008 with a dynamic new model. A fresh, new 'kinetic design' exterior, upgraded interior, new features and technologies, combine with outstanding environmental credentials and acclaimed driving dynamics to keep Focus at the front of the medium car market.

Since the original Focus was launched in 1998, around 5 million vehicles have been produced in Europe. Its influence on the automotive world has been significant - it was the first and - to date - the only car in the world to be acclaimed "Car of the Year" both in Europe and in North America, and it has won over 80 awards in Europe alone. Focus has even become a well-known Ford model in Asia, where it is now produced in several markets including China.

The new Ford Focus will begin rolling off the production lines from the end of 2007 in three- and five-door hatchback and wagon bodystyles. The Focus portfolio will then be extended further in early 2008, when the new four-door saloon, the Focus Coupé-Cabriolet and the sporty flagship model Focus ST, will be added. 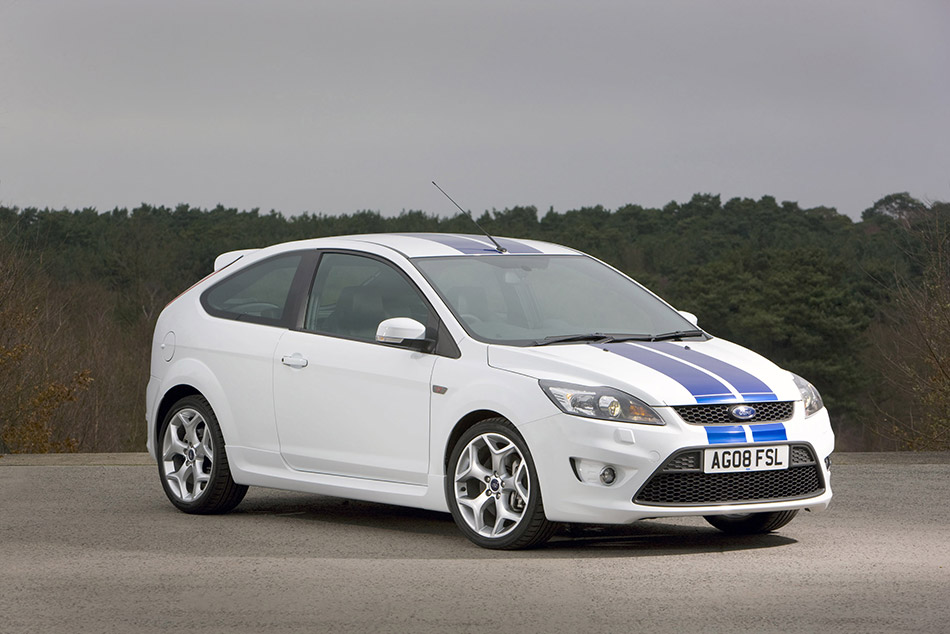 The most eye-catching change for the new Ford Focus is its fresh new design.

Rather than just update a bumper or grille as many manufacturers do, Ford of Europe's design team took a "whole vehicle" approach in applying 'kinetic design' form language to the exterior, to deliver almost an all-new body.

"We wanted to ensure that the new model was still recognisably a Focus, but was also identifiable as a new generation Ford," said Martin Smith, Ford of Europe's Executive Director for Design. "I'm very happy with the results, as the new car has greater presence and stronger lines which reinforce its driving dynamics credentials. Just as with the new Mondeo, this car reflects our 'energy in motion' philosophy represented in our 'kinetic design' form language."

Inside the new Focus, the emphasis was on improving the quality of materials and enhancing comfort levels.

The evidence is clear to see and feel, thanks to a soft feel top to the doors, new instrument binnacle, revised centre stack and redesigned window and mirror switches. New, high quality leather is also available on key models, while the range-topping Titanium X model comes equipped with blue-tinted glass. A new woven headliner is fitted as standard equipment on Ghia and Titanium three- and five-door models (without sunroof).

A new 'Premium' centre console has been designed with an emphasis on improved design and functionality. This comes as standard equipment for Ghia, Titanium and ST series models, or as an option on Trend models and part of the available Sport pack.

The Premium console features a movable armrest with 80mm of travel, a four-litre capacity storage compartment, plus two open cup holders with rubber mat, a coin holder and a card holder.

The rear face of the console provides additional storage area for rear-seat passengers or customers can specify an optional 230 volt socket which provides direct power for laptops, printers, vacuum cleaners and other day-to-day appliances (rated at less than 150W.)

The console will also house the available Ford Power button (available from early 2008), which has been positioned near the gear shifter, while a new Connectivity Module can also be specified, which includes a USB port, auxiliary jack and 'iPod' connections.

The new Focus is available in five model series - the Ambiente series is the lead-in model, followed by the Trend series, and at the top of the range, the classic luxury of Ghia and the "techno feel" of Titanium variants sit alongside the ST performance derivative. Customers can further enhance and personalise their vehicles with optional 'X' packs on the Ghia and Titanium models, and a variety of themed option packs targeted to specific customer needs - Sport, Comfort, Style and Business (availability depends on market).