The birth of the Renault 5 in 1972 was a milestone in the history of Renault. The meteoric success of this stylish urban vehicle, aimed originally at young female buyers, turned the French automotive market on its head.

The Renault 5 drew upon post-war technological progress but was nevertheless completely unlike its contemporaries. Its rounded lines, short bonnet and – above all – 3-door layout broke with existing trends. In the cabin, the bright colors and square dials expressed the styling trends of the 1970s.

The Renault 5 was not only revolutionary from a design standpoint. It was also at the forefront of technical innovation. In a world first, the new central structure was designed to keep the cabin intact in the event of impact. The reinforced wraparound plastic bumpers were built into the body, replacing the conventional chrome bumpers and making a huge step forward in terms of safety. 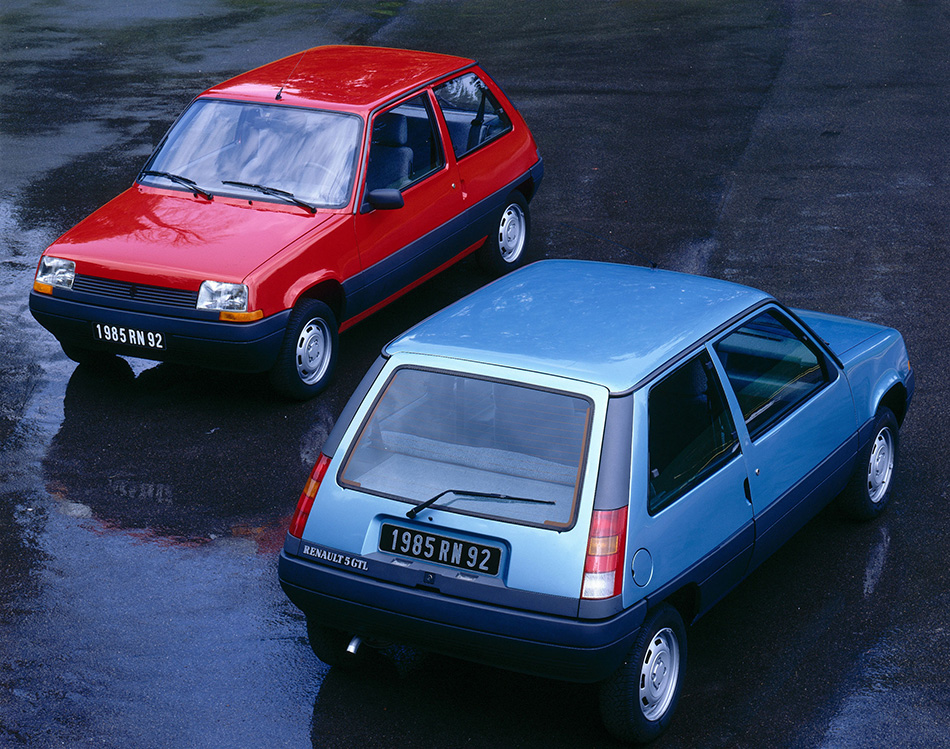 Innovative and original, the R5 quickly became hugely popular with young urban buyers. In the 1st year after launch, the R5 took 5 % of the French automotive market. Its low fuel consumption became a key asset after the oil shock of 1973. In 1974, the R5 became France's best-selling car. 3 years later, it claimed the No. 1 spot on the European market. For over 10 years, it was France's most popular compact vehicle.

The R5 sold more than 5,325,000 units worldwide. Today, it continues to rank among the vehicles that gained cult status in the 2nd half of the 20th century, alongside the 2CV, the Beetle and the DS. A lesson for all those who said that a 3-door model would never sell!

A symbol of the Renault brand, the R5 quickly gained a number of new versions. Customers were spoilt for choice.