America's best-selling pickup, the Ford F-Series, is raising the bar once again - this time with unsurpassed fuel efficiency on the new 2009 Ford F-150, thanks to significant miles per gallon improvement across the entire F-150 lineup.

On sale in October 2008, the new Ford F-150 offers fuel economy that has improved an average of 8 percent across the entire lineup as a result of a wide-range of engineering enhancements. The fuel economy gains reach as high as 12 percent versus the prior model year on Ford F-150 models equipped with the high-volume 3-valve, 5.4-liter V-8 engine. At the same time, the new F-150 delivers class-leading towing capability of 11,300 pounds and hauling capacity of 3,030 pounds - a combination no other competitor can match.

In addition, Ford is announcing the introduction of the new Ford F-150 SFE "superior fuel economy" edition delivering up to 21 miles per gallon on the highway while still providing 7,500 pounds of towing capability - fuel economy that is unsurpassed in the full-size pickup segment.

"Ford has committed to have the best or equal to the best fuel economy with every new product we introduce, and we are delivering with the new F-150," said Matt O'Leary, Ford F-150 chief engineer. "Fuel economy has moved from 10th to third place among pickup buyers' top purchase considerations - right behind durability and value. The new F-150 delivers on all three as the industry leader." 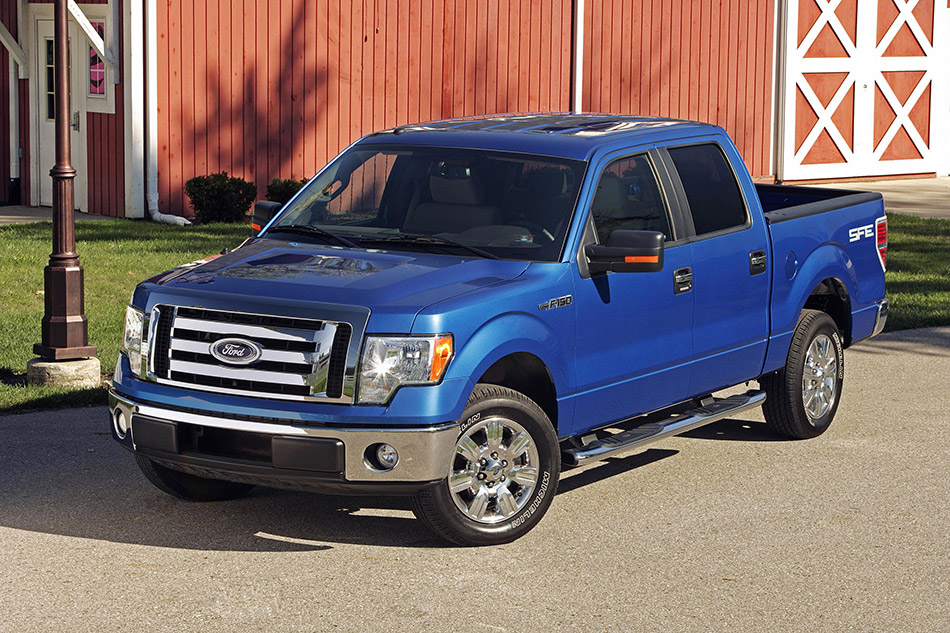 "Earning the trust of so many truck customers during the past 31 years has taught us a lot about what they want and value from their F-150," O'Leary said. "In the past, there was a tradeoff - more fuel economy meant less capability and vice versa. With the new F-150, we didn't accept tradeoffs. We delivered capability and fuel economy."

Fuel Economy throughout the Lineup

The 8 percent improvement in fuel economy across the entire lineup of V-8 F-150s is the result of using lightweight ultra-high-strength steel to lighten the truck up to 100 pounds versus the current model and aerodynamic refinements.

Key aero improvements for the new F-150 include:

The new six-speed automatic transmission offers a wider gear ratio span than four-speed transmissions, allowing engineers the flexibility to have responsiveness in low gears and better fuel economy in the taller gears. The new double-overdrive gearbox is designed to contribute a 4 to 6 percent fuel economy improvement.

The Ford F-150 also regulates gas consumption by using aggressive deceleration fuel shut-off. The fuel shut-off is automatic and requires no unusual actions from the driver. When the driver releases the accelerator pedal, the system temporarily turns off the fuel. The flow of fuel seamlessly resumes when the truck reaches a low speed or the driver accelerates again.