Powered by a specially-calibrated version of the 90 PS 1.6-litre Duratorq TDCi, combined with coated Diesel Particulate Filter, Ford's most economical Fiesta can travel 100 kilometres using just 3.7 litres of fuel, on the EC Combined Cycle. This impressive fuel economy is matched with a class-leading CO2 output of 98 grams per kilometre - making Ford Fiesta ECOnetic the lowest CO2 vehicle in both its segment and Ford's European range. 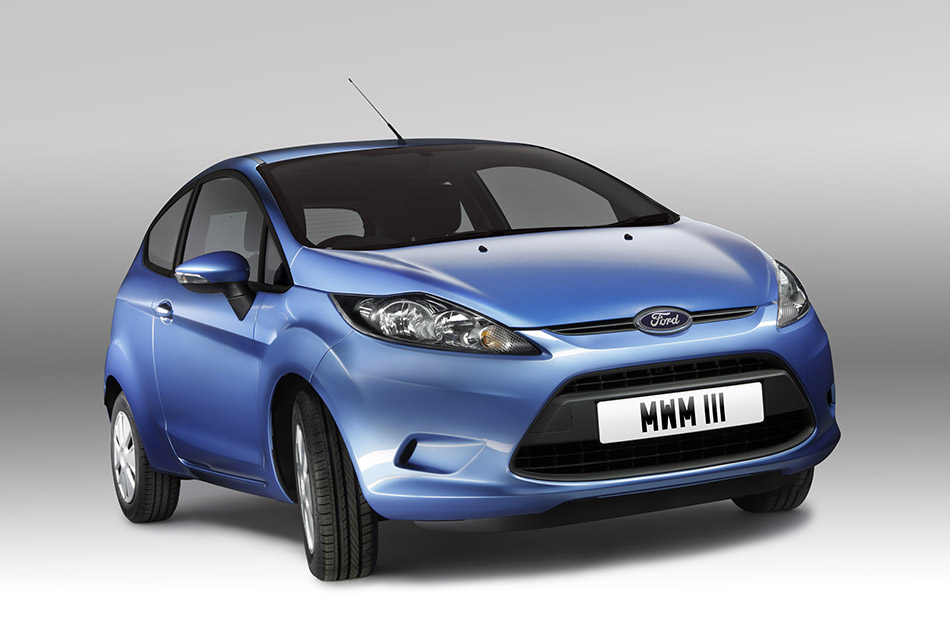 Extensive use of high strength steels and a focus on weight saving has also reduced the mass of new Fiesta by 40 kilogrammes versus the previous model, despite improved safety equipment and sound insulation.

Sustainability has influenced not only new Fiesta's development, but also the facilities behind its manufacture. Ford's Dagenham Diesel Centre in Britain produces Duratorq TDCi engines for new Fiesta and derives all its electricity from renewable sources, with two dedicated wind turbines and plans for a third.

Ford is also sourcing renewable electricity to cover the full electric power demand of its Fiesta manufacturing and engineering facilities in Cologne, Germany. Through this initiative, the company will reduce its CO2 emissions by 190,000 tonnes per year.

Dr Wolfgang Schneider, Ford of Europe Vice President for Legal, Governmental and Environmental Affairs said, "The new Fiesta is the strongest example yet of Ford of Europe's commitment to and investment in sustainable mobility. Ford Fiesta ECOnetic is a compelling, stylish yet no-compromise choice for customers, offering class-leading low CO2 and genuine savings, while also benefitting from our investment in efficient production facilities."