Ford Motor Company today announced the dynamic new Tourneo Custom will go on sale in Europe as well as other global markets later this year.

The stylish people-mover that won admirers as a concept at the Geneva Motor Show marks the first step in Ford's commitment to refresh its entire commercial vehicle line-up by 2014. The production version of the Tourneo Custom will be unveiled at the 2012 Birmingham Commercial Vehicle Show in April.

"The bold new Tourneo Custom signals the start of a revolution in Ford's commercial vehicle range," said Stephen Odell, chairman and CEO, Ford of Europe. "It's a fantastic-looking people mover – inside and out – and offers outstanding day-to-day, real world practicality as well as being great to drive."

New levels of style and function 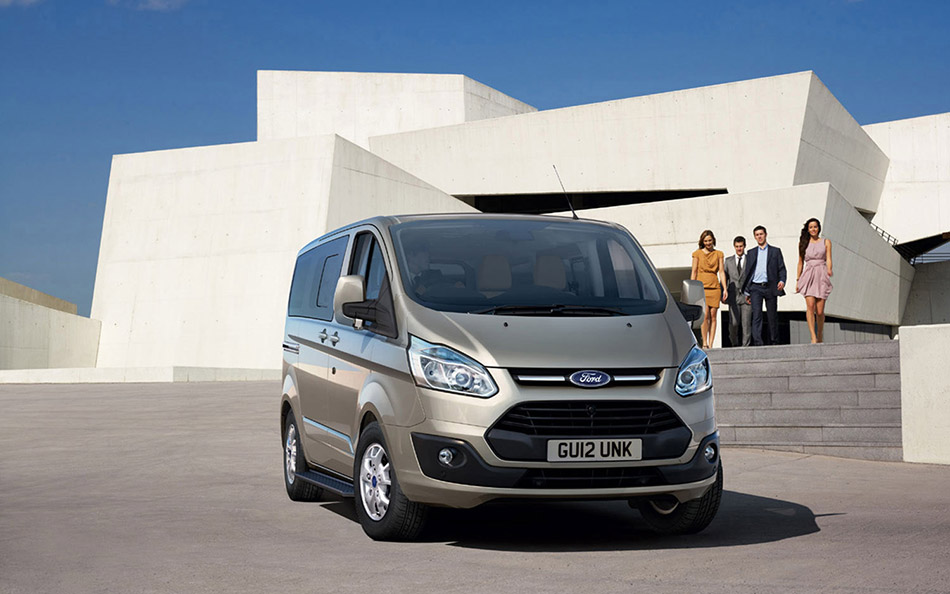 Available in eight or nine seat configurations, Tourneo Custom offers a choice of short wheelbase (4.97 metres) and long wheelbase (5.34 metres) versions, both of which provide generous space for people and luggage.

The additional length of the long wheelbase version translates into generous extra luggage space behind the third seat row. At a height of less than two metres, the Tourneo Custom also comfortably complies with most car park height limits.

The Tourneo Custom also brings car-like style and sophistication to the people-mover segment with an all-new interior constructed with high quality materials. The stylish, sculpted driver-focussed instrument panel features technologies closely-related to those found in the Ford car range. The cockpit is further enhanced by a highly adjustable driving position with the steering column adjustable for reach and rake.

The rear seats are a completely new design that can be easily folded into multiple configurations and removed in segments or completely. Rear passengers enjoy a spacious environment and comfortable, fully-trimmed cabin.

The high level of technology offered by Tourneo Custom includes the following features:

The Tourneo Custom is based on a new Ford global platform, engineered to deliver agile and responsive handling for car-like dynamics, enhanced ride comfort and reduced noise-levels; it offers outstanding functionality, durability and low cost of ownership, including an economical two-year /50,000 km 30,000 mile service interval.

"We have combined car-like levels of in-cab comfort and specification with enhanced practicality and reduced running costs," said Barry Gale, chief engineer, Ford of Europe. "This stylish vehicle with genuine ability will enhance Ford's reputation for long-term durability and value."

The Tourneo Custom and other all-new Ford Commercial Vehicles will be revealed in 2012, starting at the Birmingham CV Show in April.

Ford will also be presenting larger and higher payload Transits later in 2012. These models will be extensively sold on a global basis, including North America, and will also feature rear-wheel-drive.

Production of the new Tourneo Custom will start from mid-2012 at Ford's plant in Kocaeli, Turkey, with market availability later in the year.