America's most iconic sports car, the original Ford Mustang, is back in production, better than ever. The first true replica of the Mustang, looking just as stunning as the original, but with modern powertrain and technology is being launched by Revology Cars, a specialty automobile manufacturer based in Winter Park, Florida.

Fifty years after the original Ford Mustang was revealed at the New York World's Fair, the Revology Mustang replica will be unveiled March 14, 2015 at the Amelia Island Concours d'Elegance, one of the nation`s most prestigious automotive events.

The first generation Mustang ran from model year 1964 to 1966, during which time Ford sold almost 1.3 million Mustangs, making automotive history and creating an American cultural icon in the process. 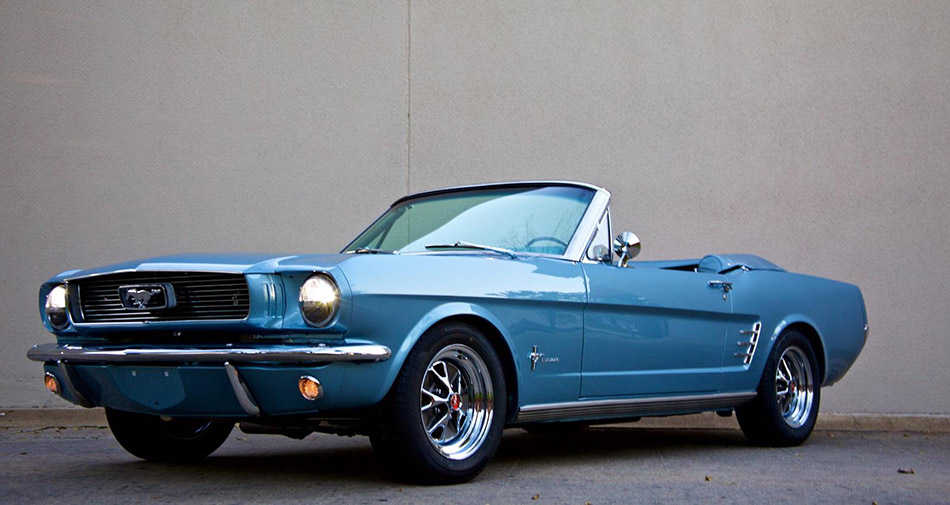 The Revology Mustang replica is not simply a copy of the original car. Revology's founder, Tom Scarpello, calls his version a "postmodern interpretation" of the original Mustang. He explains: "It is easy to see why the original Mustang is a classic. Fifty years later, it still looks great from any angle. But automotive technology has advanced a lot in 50 years, and from a functional perspective, these old cars are truly outdated. At Revology, we keep the style and character of the original car, while seamlessly integrating modern technology and materials to improve performance, safety, reliability, and comfort."

Numerous details highlight the effort to maintain the integrity of the original design, including power windows activated by pushing or pulling on the original window crank handle, an electronic instrument cluster with message center and LED lighting integrated into the original five-dial bezel and USB and AUX jacks hidden in the ashtray.

While the exterior and interior of the Revology Mustang strive for an original appearance, the car's underside and engine bay depart dramatically from the first generation model. "The powertrain and suspension are all-new," says Nathan Loucks, vehicle integration supervisor.

The Revology Mustang replica is powered by a fuel injected 5.0L V- 8 engine, featuring a modern electronic engine management system. An electronically controlled automatic or a manual transmission can be specified. The front suspension is MacPherson strut and the rear end is a three-link design, developed by supplier RRS of Australia specifically for this application. The three-link design offers an excellent balance of performance and ride quality, which is a key reason the design was used on the Ford Mustang from 2005 until the introduction of independent rear suspension in 2015. Power four-wheel disc brakes inspire confidence, while standard power rack and pinion steering provides excellent feedback. Modern creature comforts abound, including remote keyless entry, power door locks, power seats, tilt steering column, intermittent wipers, digital message center, remote trunk release, and even Bluetooth, all carefully integrated into the interior to be minimally intrusive.

The Revology Mustang replica features an all-new steel body, produced by Dynacorn and licensed by Ford. Revology makes several proprietary changes to the body in order to integrate the modern components. "We started with a licensed original body because it is authentic," says Scarpello. "You can literally unbolt a piece from a Revology Mustang replica and bolt it to an original Mustang and it will fit."

Dan Maas, Revology's technical director, who previously restored Ferraris and other exotics that won prizes at Pebble Beach, Cavallino, and other prestigious events, played a key role in the development of the manufacturing process to ensure consistent body, paint, and assembly quality. "Anything is possible when cost is no object," says Maas. "Where it gets difficult is building cars in series production, with consistent quality, on time, and within budget. We take an OEM approach to the construction of the Revology Mustang replicas, and the results are evident." 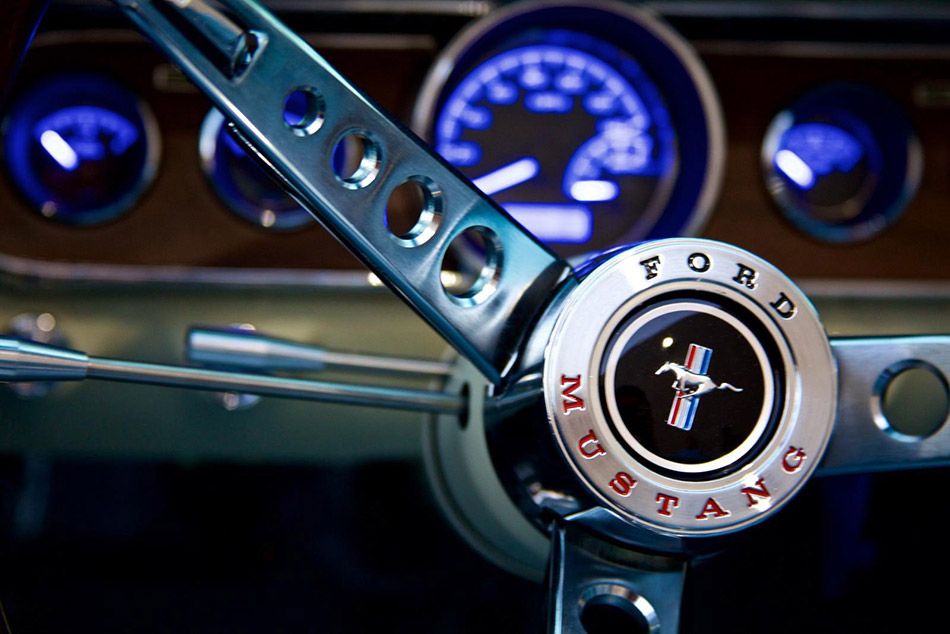 Underscoring Revology's emphasis on quality, reliability, and durability is the fact that every new Mustang replica comes with a one-year, unlimited mileage bumper-to-bumper warranty.

Additional coverage on powertrain components extends to three years, and the body is covered against rust and corrosion for five years.
The Revology Mustang replica looks so authentic, it can easily be mistaken for a perfectly restored original Mustang. "We didn't take any liberties with the styling," says Scarpello. "Instead our mission was quite the opposite. We carefully integrated technology in order to improve the user experience while maintaining the integrity of the original design."

The Revology Mustang is a unique blend of old and new," says Scarpello. "It keeps what made the original Mustang great and updates its functionality to meet the expectations of today's drivers."