The legendary venomous snake bites stronger than ever, and nobody has gotten it so quickly under control as Geiger Cars: The new 2013 Viper SRT is already in Karl Geiger's east Munich showroom. 477 kW/649 hp from the 8.4 liter V10 already promises plenty of driving pleasure. But 814 Nm of torque is a real challenge to the competition from the USA, Germany, England and Italy. Effective immediately, the new powerhouse SRT Viper from Geiger Cars is available for 139,900 euros.

A two year warranty combined with decades of craftsmanship from the German experts in American cars: with Karl Geiger, Viper fans are in the best hands. Available is the brand new super sports car icon in that first yellow, which bears the significant name of "Yellow Race". For the first time the Viper has the Electronic Stability Program (ESP) on board for optimal handling and safety 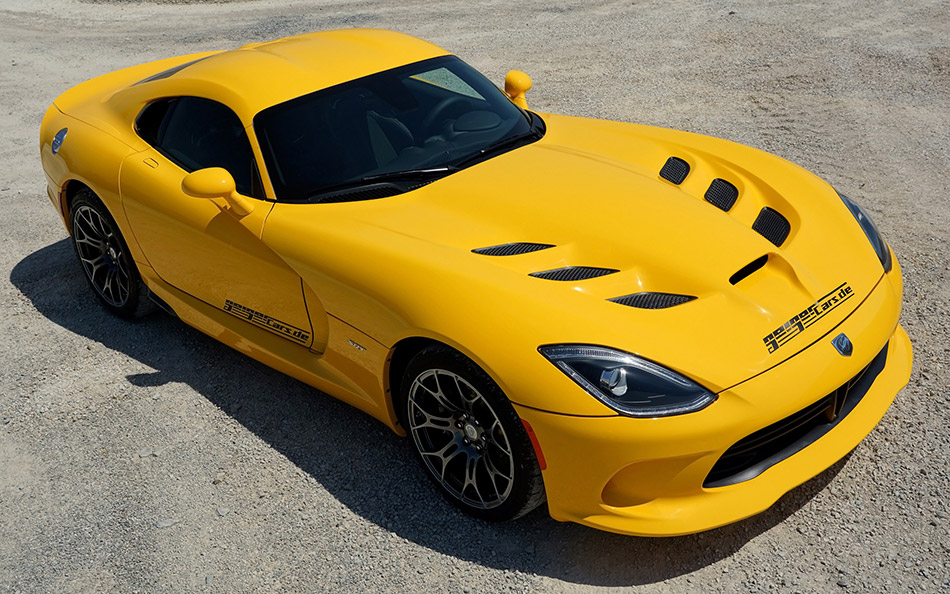 The sports label SRT ("Street and Racing Technology") is what the youngest Viper model deserves. For uncompromising performance, a differential lock, shod with 295/30ZR18 front and 355/30ZR19 at the rear provide a performance brake system, power adjustable pedals and a usual crisp, 6-speed manual transmission with ultra-short throw shifter. Its extensive features for 2013 include poisonous snake leather, climate control, sound system with hard drive radio and a rearview camera. The sprint from 0 to 100 km/h brings the SRT Viper in only 3.5 seconds behind. Maximum speed is incredible at 332 km/h.

The American sports car icon has stayed loyal to its design even 20 years after its premiere, with its endlessly long hood, dynamic and aggressive side vents, and muscular tail. "The new SRT Viper embodies more than ever the myth of the poisonous snake with V10 power."