It is one of only a handful of super sport cars and after its debut at Geneva's international Motor Show in 2006 it was clear: the apollo is a synthesis of dynamic and design with pure driving pleasure and unique performance. On the road it speeds like a god and on the race track it cries out to be challenged by an opponent that can match its breathtaking acceleration and incomparable handling. Now, it is due to get a worthy competitor out of its own stable. At the 77th Geneva Motor Show, the Gumpert Sportwagenmanufaktur will present the apollo sport to the wide public.

The apollo sport is the rebel amongst the super sport cars. Its bodywork combines sexy curves with potent edges and angles and aims for uncompromising aerodynamics. A clear demonstration of the principle "form follows function". Its challenging sporting design derives from the requirement to built a street legal racing car, whose number one priority is to provide extraordinary performance on the circuit, but at the same time embodying a vehicle suitable for daily use. 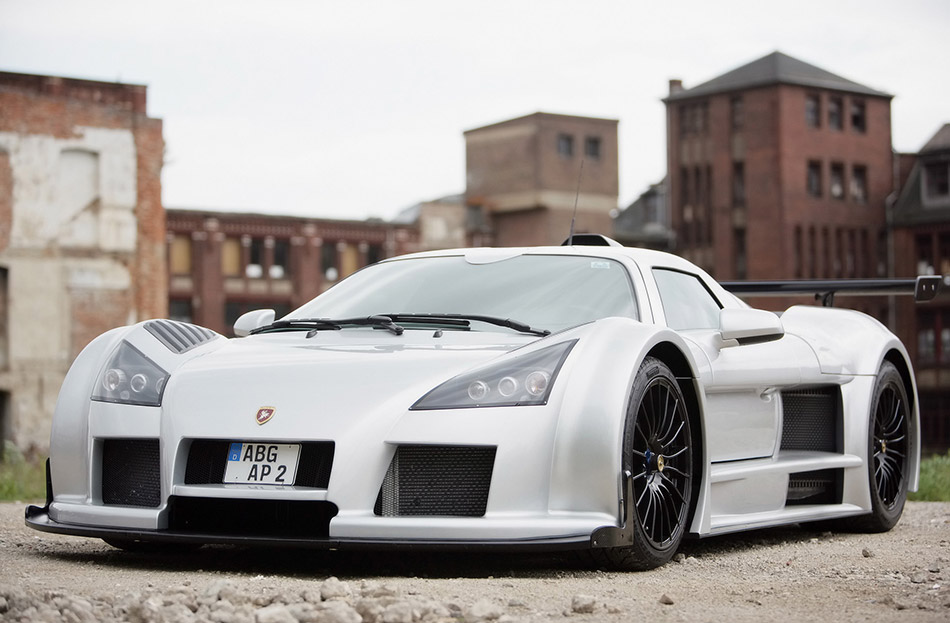 The highest importance was attached to safety: the tubular space frame in chrome-molybdenum steel with integrated safety monocoque fabricated in carbon-fiber passes all crash-tests regulations, while a cashbox offers additional protection. The gaping air intake stub over the roof and on the rear signals power, dynamics and superiority. The eight cylinder, bi-turbo mid-engine with up to 800 horsepower is capable of catapulting this 1200 kg missile from 0-100 km/h in only 3 seconds.

The apollo sport is equipped with an extended aerodynamic package and, in contrast to the three part spoiler of the apollo, possesses a racing wing which gives even more down force and pushes the apollos's maximum speed up to 360 km/h.

As you can guess, it is not for nothing that this cars is named after the fierce Greek God.

The two-seater also convinces from the inside, with its sporty and elegant alcantara interior, and offers air-condition, CD-player, navigation system and reverse view camera as standard equipment. A two-layer metallic finish available in any conceivable color, gives this bolide a particular luster. As a special accessory the apollo is equipped with an airjack, a pneumatic jacking pad.