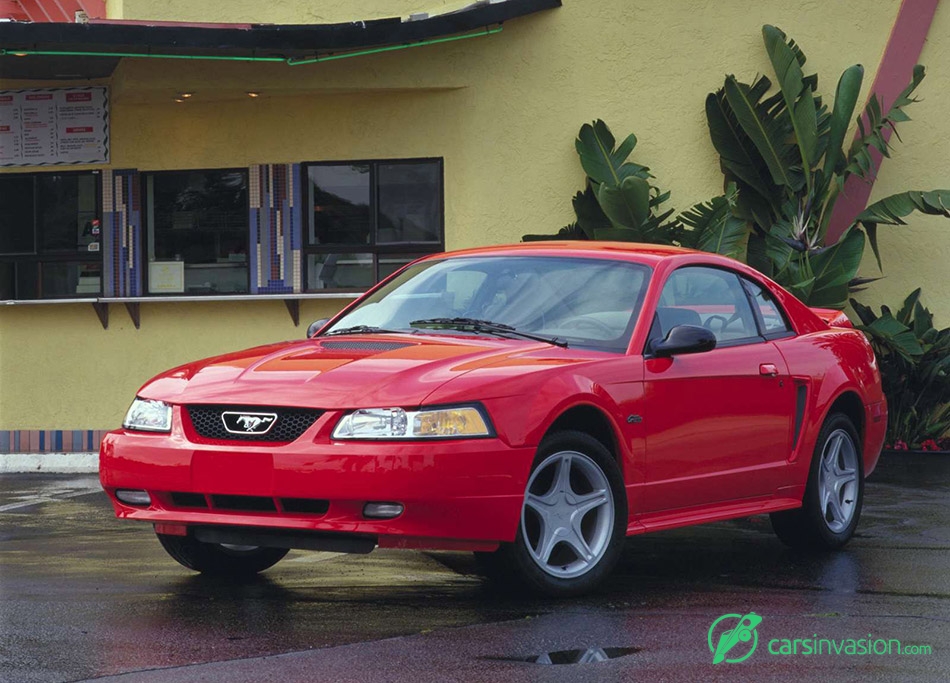 Power suffered at the low end on this engine in comparison to the earlier SOHC models, but it more than made up for it at higher RPM due to the new "performance improvement" heads, cams, and intake manifold. The 4.6 Mustang now felt more like a high winding performance motor, as compared to the earlier 4.6's, which were essentially truck motors with dual exhaust. The Mustang GT now did the 1/4 mile in just over 14 seconds, versus the 98 GT's mid-14 second performances, and in 2000, Ford very silently put in more aggressive cams and raised the compression on the GT's, as well as offering a 3.55:1 final drive. These changes put the GT solidly into the high 13's in the 1/4 mile, with trap speeds around 100 mph.

Ford did leave many of their fans disappointed however, as there was a rumored(and spotted) GT with a 5.4 SOHC V8 with a 290 horsepower rating. Ford never followed through on it. On the V6 models, split-port induction replaced single-port induction, which increased the base model's power to 190 hp (142 kW). While the Cobra claimed 320 hp (239 kW), some magazines and owners contradicted it. 5.0 Mustangs and Super Fords claimed that it actually exceeded the torque rating, but didn't quite match the power rating. There were recalls for the 1999 model year Cobras, which were given intake and exhaust improvements, putting power at 320 hp to match the original claim. 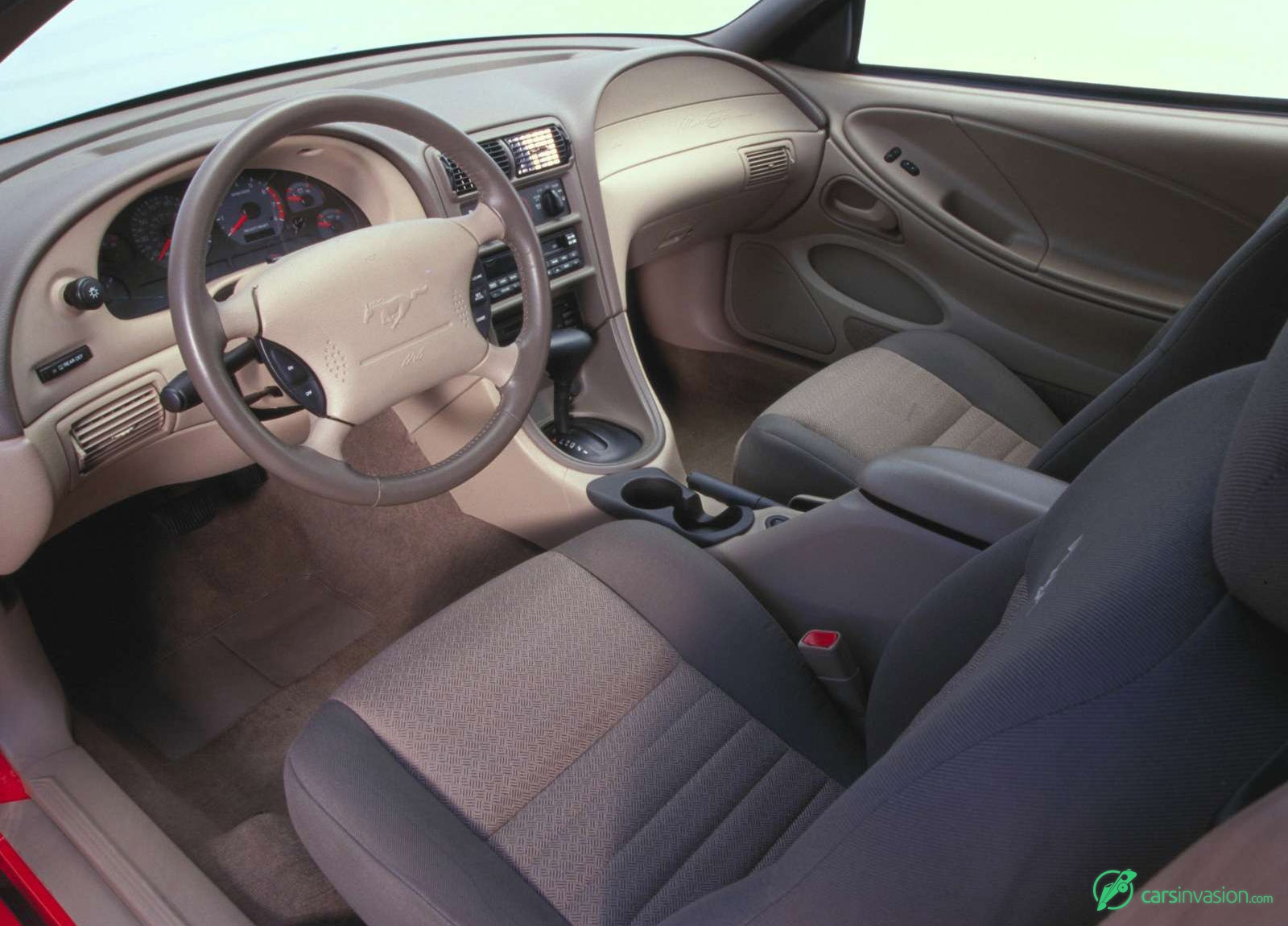 As a result, the Cobra was not produced in 2000 (except the limited Cobra R) and the company developed new parts to replace the missing power. These changes were incorporated into the 2001 model year Cobra, and when fixed, these quad-cammed mustangs hurry through the 1/4 mile in the lower to mid-13 second range.