Turning old into new: HAMANN gives the Porsche 996 a 997 make-over.

When the new 996 generation of the Porsche 911 made its public debut in 1997, a murmur went through the 911 crowd. Water cooling? What had happened to the compact dimensions? Not to mention the weight... Most fans came to terms with this, as the 996 went on to prove that it was in fact the best Porsche 911 to date. In terms of the front design, however, even Porsche itself recently admitted to having made a grave mistake with the 997 it subsequently released. Whilst the 996 still had the odd-looking fried eggs as headlamps, the new model is characterized by the classic round/oval shaped headlamps. However, before 996 owners go get themselves a 997 simply because of these fried eggs , they should take a look at HAMANN s styling suite for Porsche. This high-class tuning specialist from Laupheim gives the 996 a make-over, lending it the looks of the latest Porsche 997! 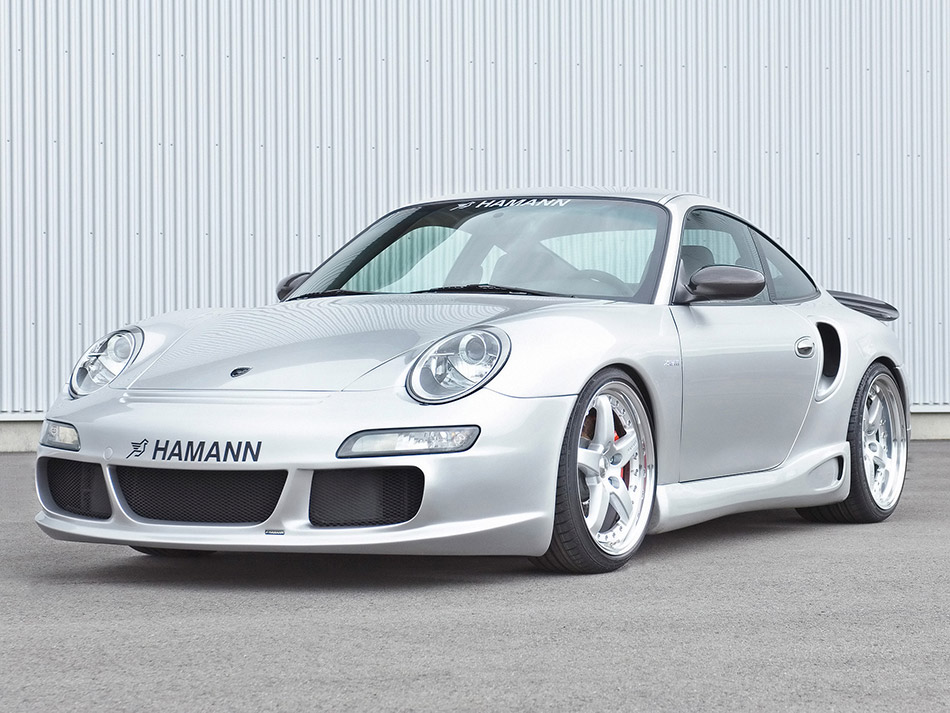 This is without a doubt the cheaper alternative to buying the 997 and consists of an entirely new front spoiler bumper, two fenders with a racing fuel tank cap, plus an original Porsche parts kit including complete lighting units and headlamps (for vehicles with or without Litronic ). At first sight, it is not possible to tell the 996 apart from the 997. The conversion kit is available from HAMANN for the 996 series models Carrera, GT3, Carrera 4S as well as the Turbo and GT2. Needless to say, besides this visual update, HAMANN has further measures in store for all the variants of the 911 series. These include, for instance, lwing doors that have been specially developed for the 911, which gleam thanks to their discreetly integrated technology and superior quality. A large number of body-styling elements, wheel rims, exhaust systems and suspension components go to complete the HAMANN 911 styling suite. Engine tuning goes without saying at HAMANN. Up to 620 bhp/780 Nm and a top speed of 350 km/h are possible (basis: Turbo and GT2).

The same goes for all HAMANN tuned vehicles - namely that nothing s impossible . Anyone can have his own personalized Porsche custom built. This applies in particular to the interior, since HAMANN fits everything from carbon fiber inlays to leather upholsteries through to multimedia systems.