Being one of the premier addresses for stylish and refined Porsche tuning, GEMBALLA has earned itself a worldwide reputation over the course of time. Thanks to its outstanding expertise, proven in numerous conversions, each customer acquires a vehicle that represents the absolute pinnacle of what is achievable in terms of design and performance. One further such demonstration of its abilities is GEMBALLA's "Avalanche 600 GT2 EVO".

The basis of the Avalanche 600 GT EVO is the Porsche 997 turbo or the GT2. GEMBALLA even knows how to boost the already impressive set of performance figures of the production model. 600 bhp (442 kW) put the competition from Maranello and Sant'Agata-Bolognese in a tight spot. The six-cylinder boxer with a torque of 840 Nm – power-boosted by the GEMBALLA power kit - stands out even more. Jet-like acceleration in every gear and at every speed being the outcome. A sports intercooler ensures that this performance can be reliably accessed even in hot ambient temperatures. As an option, this task can also be performed by a racing sports intercooler. The power boost is acoustically announced by the sports exhaust system fitted by GEMBALLA, whose awesome sound thrills the vehicle occupants and listeners alike. Upon request, this can also be achieved by means of a four-pipe system instead the two tailpipe versions. GEMBALLA's power boost allows the modified 997 to race at a top speed of 320 km/h, accomplishing the sprint from 0 to 100 km/h in just 3.5 seconds. The latter can – depending on the driver's skill – be even further enhanced by fitting the sport shifter for vehicles with a manual gearshift, reduced gear lever travel, which is available in the "Sport" and "Race" versions. 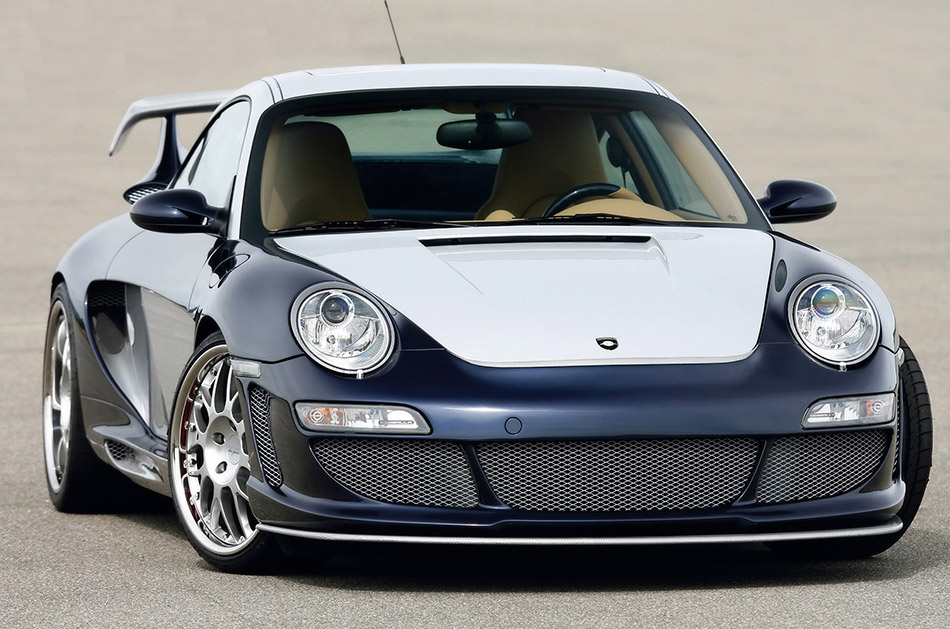 A successful combination of various aerodynamic components from the company's own suite goes to ensure greater downforce. In its basic version, the Avalanche 600 GT2 EVO exhibits the fundamental Avalanche modification, which is particularly prominent on the flanks in the form of the air intakes modified to give the look of a Carrera GT. Also characteristic for the Avalanche conversion are the modified side sills, which also feature air intakes, designed to help cool the brakes. In addition, GEMBALLA fits the "GT" hood, the "Avalanche" front skirt with additional cooling openings, the "GT2" front spoiler lip in black carbon, the GTR EVO tailgate skirt with an integral diffuser and hot air outlets, the GT2 EVO rear spoiler and a stoneguard. For the rear end, GEMBALLA borrows design ideas from its own Carrera GT conversion Mirage GT, which is available as a limited edition. The exhaust tailpipes with jet-fighter-style covers bear witness to this.

Needless to say, GEMBALLA also supplies the obligatory logos, identifying the 997 as a genuine GEMBALLA. Drivers wishing to show their allegiances with motor racing can adorn the front and tailgate skirt with carbon components. For the GTR EVO tailgate skirt, GEMBALLA also offers a carbon diffuser option. It is also possible to order the rear spoiler in this light-weight material.

The paint finishes GEMBALLA is offering enable drivers to add that all-important eye-catching finishing touch to this aerodynamics kit. The options of a BICOLOR concept, special colors, effect colors or a "special effect" color are guaranteed head-turners.

If it looks like a racing car, it should also drive like one. The enhanced engine power alone goes a long way to achieving this. To boost the overall performance, GEMBALLA, however, relies on an additional, extensive enhancement of the suspension and brakes. The GEMBALLA "PROFESSIONAL CONCEPT" is used for the suspension. This consists of a variable ride height coilover suspension, a strut bar, stabilizer kit and stiffened axle mounts. As an option, GEMBALLA is offering the "RACE CONCEPT", which additionally includes racing transverse links for the front and rear axle. For vehicles without ceramic brakes, GEMBALLA offers a brake system with four red high-performance brake calipers and brake discs with the diameters 380 mm (front) and 350 mm (rear). For an additional charge, an even larger system is available with a brake disc combination 405/380 and brake calipers in the customer's requested color.

Larger wheels lend the Avalanche 600 GT2 EVO an even more impressive appearance. This is made possible by a set of GEMBALLA "Racing Black Edition" wheels in the format 9.0x20" (front) and 11.5x20" (rear) with size 245 and 325 tires. The wheel design is characterized by its classic racing look and the stainless steel rim flange. By way of an alternative and without paying extra, GEMBALLA will also fit the wheel design in its "Silver Edition" version or completely matt black in the "Black Magic" version. 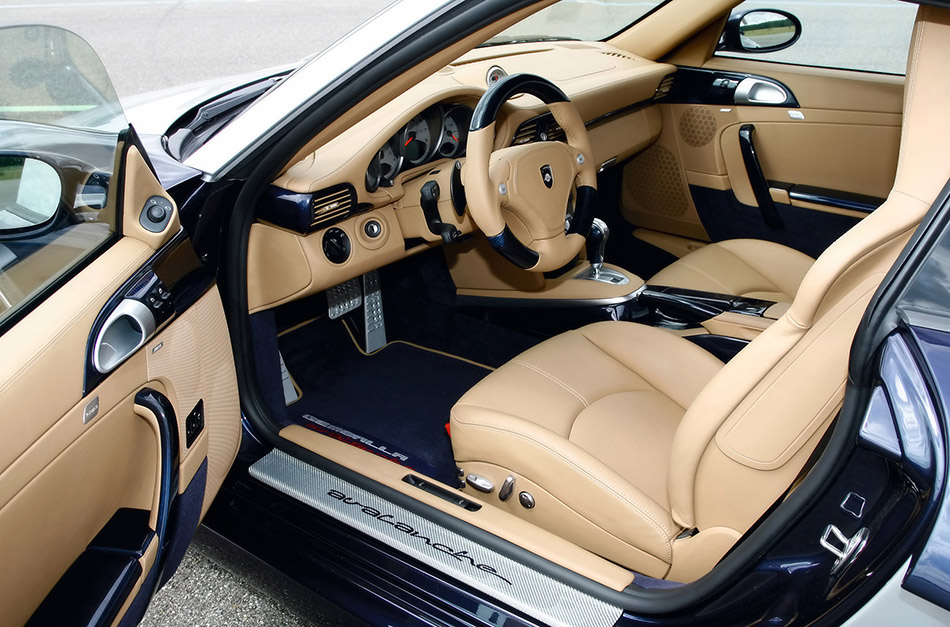 Even the basic version of the interior trim available for the GEMBALLA Avalanche 600 GT2 EVO is entirely given over to creating a sporty appeal. Pedals and a driver's footrest from aluminum, Avalanche logos in the door sill area, as well as instruments and foot mats, a new sports steering wheel with a 340 mm diameter in a leather/leather combination (upon request with F1 shift paddles), a conversion of the rear area and the sports package featuring leather components (not for vehicles with original leather trim) all combine to create a sporty and luxurious atmosphere. The options list allows customers to select other versions of sports steering wheels (combinations of aluminum/leather or carbon/leather, F1 shift paddles, etc.), interior packages from carbon or leather (e.g. headliner in leather or Alcantara), various sports seats (also with leather and carbon) or a new carpet for the passenger compartment.
As regards the interior, it is of course also possible to request other customized conversions.