Some claimed that the name came from the slurring of the letters "GP," the military abbreviation for "General Purpose." Others say the vehicle was named for a popular character named "Eugene the Jeep" in the Popeye cartoon strip. Whatever its origin, the name entered into the American lexicon and, for awhile, served almost as a generic title for off-road vehicles, while the Jeep itself became an icon of the war. 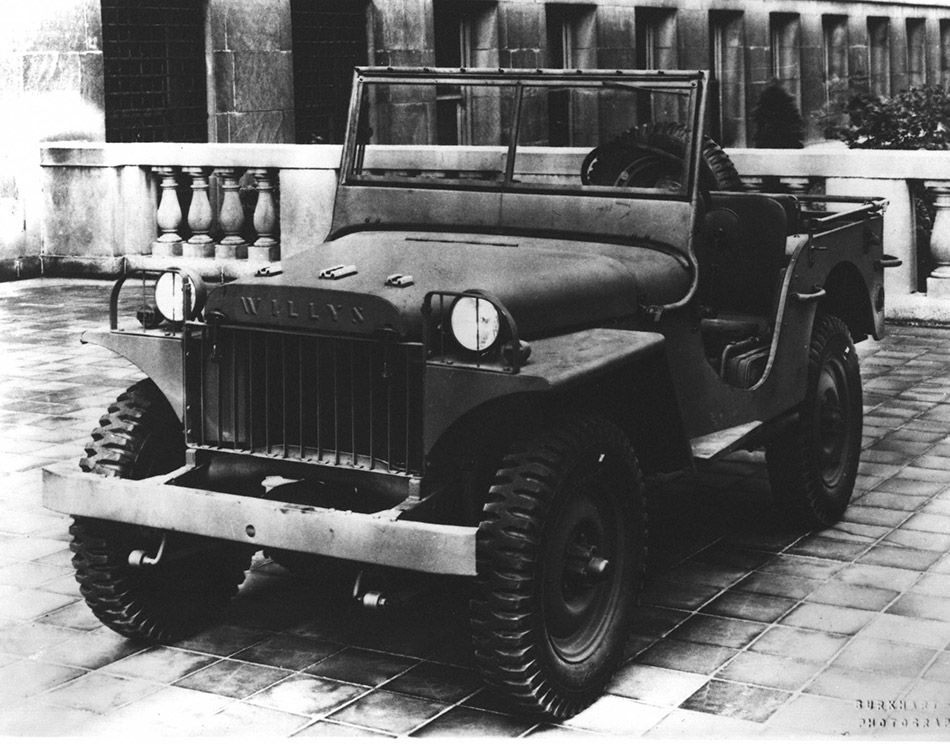 The Willys MA featured a gearshift on the steering column, low side body cutouts, two circular instrument clusters on the dashboard, and a hand brake on the left side. Willys struggled to reduce the weight to the new Army specification of 2,160 lbs. Items removed in order for the MA to reach that goal were reinstalled on the next-generation MB resulting in a final weight of approximately just 400 lbs. above the specifications.

Willys-Overland would build more than 368,000 vehicles, and Ford, under license, some 277,000, for the U.S. Army. The rugged, reliable olive-drab vehicle would forever be known for helping win a world war.

Willys trademarked the "Jeep" name after the war and planned to turn the vehicle into an off-road utility vehicle for the farm - the civilian Universal Jeep. One of Willys' slogans at the time was "The Sun Never Sets on the Mighty Jeep," and the company set about making sure the world recognized Willys as the creator of the vehicle.