Chicago's gleaming skyline and indie rock music were the backdrops as Kia Motors America pulled the wraps off the 2016 Rio Sedan at the 2015 Chicago Auto Show. Making its global debut alongside the previously introduced Rio 5-Door (Paris, 2014), these two modern and dynamic subcompacts are the entry points into KMA's ever-expanding lineup of award-winning cars and CUVs. Refreshed inside and out for the 2016 model year, the pair offer sporty European design cues and generous interior accommodations while providing fuel efficiency. Both Sedan and 5-Door are expected to go on sale in the first quarter of 2015. 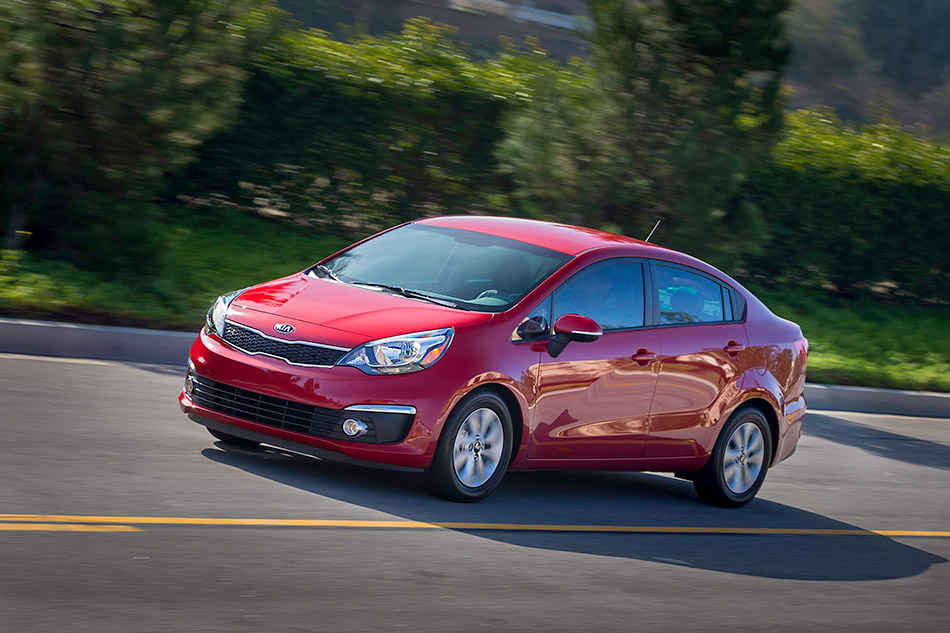 "The Rio signifies everything the Kia brand has evolved into since coming to the U.S. market more than 20 years ago," said Orth Hedrick, vice president of product planning. "And like the brand, the Rio has grown up as it enters the 2016 model year. Its sophisticated design has been refreshed and both models continue to offer a long list of standard features, making the Sedan and 5-Door standouts in an otherwise pedestrian subcompact segment."

Most visible of the Rio's updates are the new-for-2016 front and rear fascias. Designed to add visual width and stronger presence, the revised grille insert incorporates the now-familiar geometric pattern found on other Kia vehicles such as Optima and Soul. New fog light surrounds include strong horizontal satin-finish bezels that house projector lenses. The lights have been repositioned inward for a more aggressive appearance. Likewise, the lower front valance integrates strong horizontal planes that echo a similar treatment at the rear. The rear reflectors have been redesigned and repositioned to the far corners of the car, and the Rio's color palette has been enhanced with two new colors: Urban Blue and Digital Yellow.