Koenigsegg has created a new race car - the CCGT, based on the production CC-model range. The CCGT complies with the ACO and FIA GT1 regulations.

The CCGT engine is based on the Koenigsegg CCX production engine with the superchargers removed but enlarged to 5.0 litre.

The reliability of the race engine is expected be exceptional as it is based on the proven strength and durability of the signifi cantly more powerful road car engine.

The minimum weight allowed for a GTI race car is 1,100 kg and most manufacturers struggle to meet this target, having to undergo massive weight saving programs. 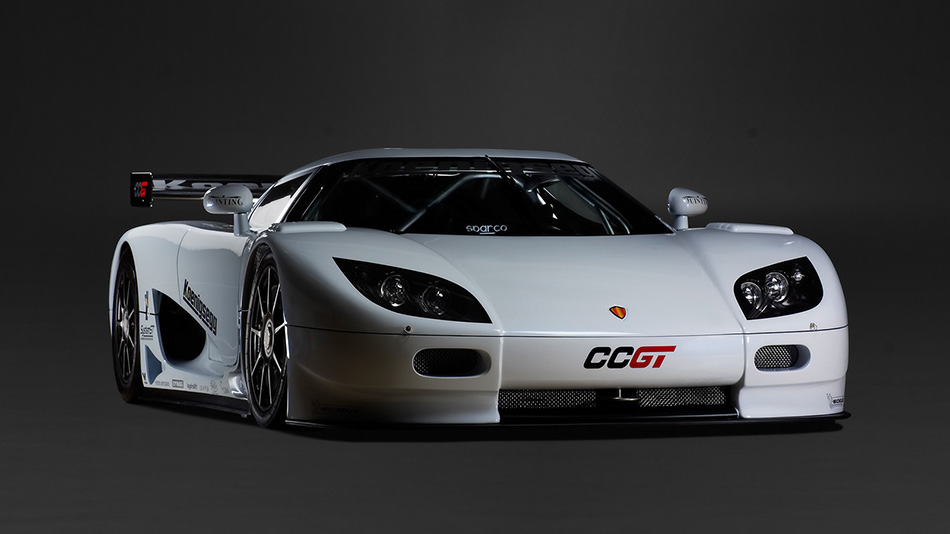 Due to the fact the Koenigsegg CC cars are very light and stiff in road configuration, the racing CCGT weighs in at just under an astounding 1,000 kg. This gives the possibility to place 100 kg of ballast freely within the car structure, still following the set rules. This should give Koenigsegg an interesting advantage over the competition.

The CCGT has very short overhangs, which could be seen as an issue when it comes to generating enough downforce. However, by further developing the clever and "slippery" design concept of the CC range, Koenigsegg believes they have created a unique package incorporating a surprising amount of down-force combined with a very compact package and optimal weight distribution. Since the CCGT has a short overall length and low overall height, whilst still maintaining adequate track width and length, it is thereby gifted with superior agility compared to most of the competition, which should be evident in future heated racing combats.

The Koenigsegg CCGT development team, headed by Dag Bцlenius, has done a superb job by refining the CC into the CCGT.

The race engine is being developed in-house in parallel with the production units by Koenigsegg engineers, supported by Anders Hoglund from Cargine engineering and JP Motorsport.