The new version of this highly successful super-sports car features considerable innovations in terms of body design and mechanics. And also with a new name: Lamborghini Murciélago LP640, which refers to its engine position - longitudinale posteriore - and to its power 640 hp. Designers and engineers have not only focused on reworking the engine, suspensions, gearbox, exhaust system, brakes and electronics, but also the interior and exterior design; improvements that make the Lamborghini Murciélago LP640 the most extreme and fastest sports car in its class, placing it at the very top.

The first vehicles will be available in spring 2006. Since the original Lamborghini Murciélago's debut at the 2001 International Car Show (IAA) in Frankfurt, around 2,000 vehicles have left the car plant in Sant' Agata Bolognese. 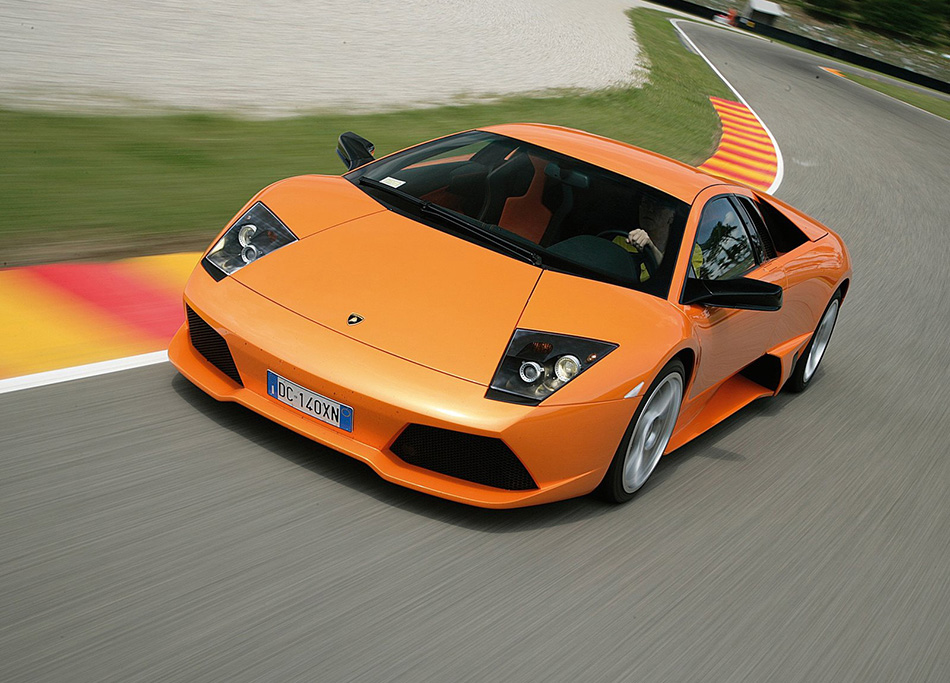 For those wishing to flaunt the heart of their Lamborghini Murciélago LP640, on request an engine hood made of transparent glass can be supplied. The rear view mirrors and the windscreen wipers have been modified to improve aerodynamics and "Hermera" light metal wheel rims have been added. The graphics of the instrument panel lights in the cockpit have been revamped. The interior upholstery also has a new look thanks to the lozenge-shaped stitching.

The engine of the Lamborghini Murciélago LP640 has undergone outstanding and radical modification. The increased bore and longer stroke have boosted the displacement of the classic 60° V-engine from 6.2 litres to 6.5 litres (6,496 cm3). Thus the already extraordinary 580 hp engine power has now been elevated to an impressive peak of 640 hp (471 kW) at 8,000 min-1. The 12-cylinder engine reaches a maximum torque of 660 Nm at 6,000 min-1. Naturally, the Lamborghini Murciélago LP640 complies with every European and North American law governing exhaust fumes.

This "evolutionary leap forward" has been possible thanks to a coherent review of every engine component: the cylinder head and the entire intake system (based on the tried and tested Lamborghini variable geometry system), have been completely reworked. The crankshaft, camshafts and exhaust system have also undergone innovation.

The increase in power naturally determines an increase in performance. The excellent performance of the Lamborghini Murciélago LP640 means it can now accelerate from 0 to 100 km/h in 3.4 seconds (0.4 seconds faster than the previous model).

Lamborghini engineers have also concentrated on improving torque development. The "drivability" of the engine is enhanced by a continuous variable timing system (intake and exhaust side) and a drive-by-wire engine management system.

To meet the thermal requirements of the engine, the engineers have foreseen a considerably larger oil radiator and subsequently, the air intake on the left side of the vehicle has been enlarged. The liquid cooling system, characterised by the Lamborghini VACS system (variable geometry air inlet system) remains the same. Electronically managed air intakes open depending on the outdoor temperature and the need for cooling air, ensuring maximum aerodynamic efficiency.

Just like its predecessors, the Lamborghini Murciélago LP640 features permanent four-wheel drive, based on the reliable Lamborghini VT (Viscous Traction) system. The system is self-governing and does not feature any electronic controls. The drive force is usually divided between the front and rear axles in the ratio of 30 to 70. An independent control circuit adjusts the distribution of the drive force depending on dynamic oscillation, weight distribution and the relative friction factor in perfect synchronisation with the Visco clutch. In extreme cases, up to 100% of the drive force can be applied to a single axle.

The electronics have also been updated. The modified engine control units improve engine performance and "driveability" thanks to "closed loop" control.

The body of the Lamborghini Murciélago LP640 with its characteristic scissor doors is created from the prized union of sheet steel and honeycombed carbon fibre, glued and riveted together.

Driving, handling and stability at high speed are enhanced by new springs and stabilisers, as well as by a redesigned electronically controlled damper. The "antidive" and "anti-squat" features on the axles, which efficiently prevent so-called "brake diving" and "squatting", have not been changed. The two springs on every rear wheel, the single spring on every front wheel and the damper are placed coaxially. 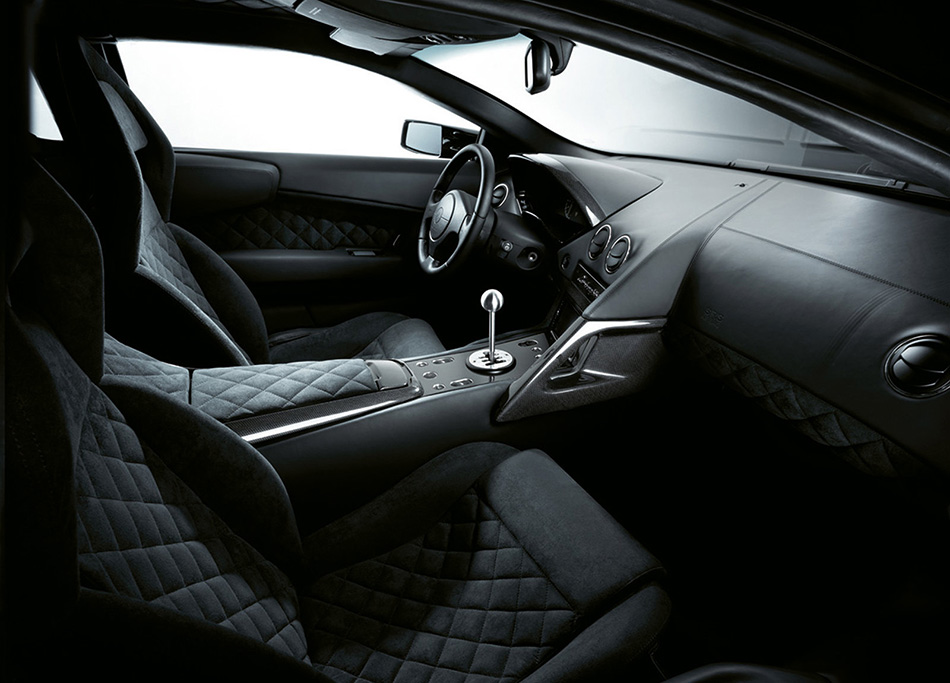 When particularly high braking performance is required, on request it is possible to equip the vehicle with 380 mm x 36 mm ceramic carbon brakes featuring six-piston brake callipers. Thus, less pressure needs to be applied to the brake pedal and the braking distance is reduced. Even in extremely demanding conditions there is almost no perceptible fading. Considerably reduced weight and superior lifetime represent two further advantages, as well as a captivating graphic design.

The Lamborghini Murciélago LP640 also meets with even the most rigorous safety requirements. Thanks to the two front airbags (a 60-litre single stage air bag on the driver side and a 130-litre two stage airbag on the passenger side), the Lamborghini Murciélago LP640 complies with every international law in effect in terms of head-on and side crashes, impacts against posts, occupant safety, fuel supply integrity and flammability of materials. The luggage compartment also complies with childproof safety regulations.

Interior: even more exclusive and customised

The seats in the cockpit have undergone the most radical changes; more spacious and equipped with redesigned head restraints, the seats now ensure better comfort. The leather upholstery features lozenge-shaped stitching called "Q-citura". The same design is recaptured on the upholstery on the door panels, the panel between the seats and the engine compartment, and on the roof panel.

A new instrument panel has been developed with lights featuring a new graphic design, flanked by a new Kenwood car radio with a 6.5" widescreen monitor and DVD, MP3 and WMA player. An optional navigation system is also available (standard in Japan).

Thanks to the "Privilegio" customisation program, any Lamborghini Murciélago LP640 can be transformed into a customised sports car. For example, the cockpit can be enhanced with an extremely refined carbon finish applied to the air conditioning control panel, the control lever console and the parking brake.