The Ypsilon S MOMODESIGN special series, due to be launched on all European markets this September, is another star at Taormina  as well as the protagonist of a summer tour through Italy's most popular holiday locations.

This special series also traces its origins back to 2007 when two of Italy's top names in design joined forces to combine the refined elegance of Lancia with the high-tech, sporting spirit of MOMODESIGN. The new Ypsilon S MOMODESIGN is styled to appeal primarily to young men. Its high impact design is characterised for a two tone colour scheme (a classic Lancia characteristic) and sporty, personal looks. 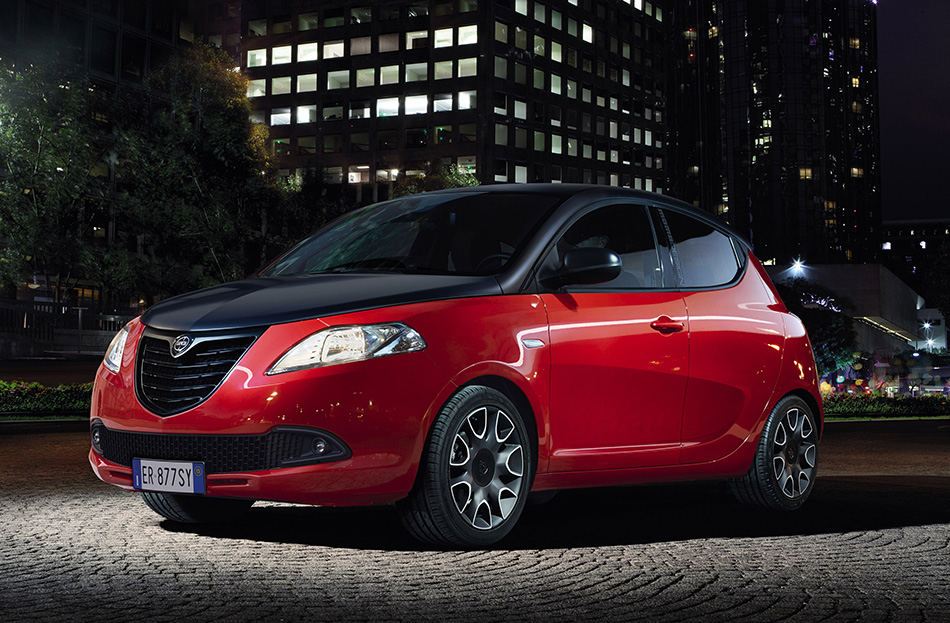 The car also boasts a highly competitive price tag: in Italy it sells for the same price as the Gold version.

The same sporty look is carried over to the interior which features a dark lining combined with a black dashboard and door panels, exclusive seats in special high-tech sail fabric with MOMODESIGN graphics electrowelded on the back, and grey stitching on the steering wheel and gear lever boot. Burnished dashboard trim adds another touch of elegance while yellow instrument panel graphics confirm the car's sporting pretensions.

The distinctive and personal new Ypsilon S MOMODESIGN offers a choice of engines: 1.2 Fire EVO II 69 HP, 1.2 Fire EVO II LPG 69 HP, 0.9 TwinAir 85 HP (with manual or robotised sequential gearbox) and the 1.3 MultiJet II turbo diesel 95 HP. Each engine has its own characteristics (versatility, sporting spirit and advanced technology) optimised by the transmission. All the engines share the same exceptional reliability and respect for the environment