Lexus unveiled the LF-A sports car concept at a press conference today at the 2005 North American International Auto Show (NAIAS). The two-seat concept blends the performance of an exotic sports car with the luxury refinements of a Lexus. Designed to express a bold new direction in styling for the Lexus brand, the LF-A concept is a vision closely aligned with the company's Formula One commitment to achieving superiority among its rivals in speed, quickness, agility and reliability.

"The Lexus LF-A is like no sports car we have ever builtуor even imagined," said Jim Press, Toyota Motor Sales executive vice president and COO. "Currently only a concept, it is a realistic vision of how we might address the boundaries that define the exotic sports car landscape."

The Lexus LF-A concept features an engine capable of developing more than 500 horsepower from a displacement of less than five liters. With a combination of optimum gearing, weight and aerodynamics, the LF-A concept would produce a top speed in the neighborhood of 200 miles per hour. 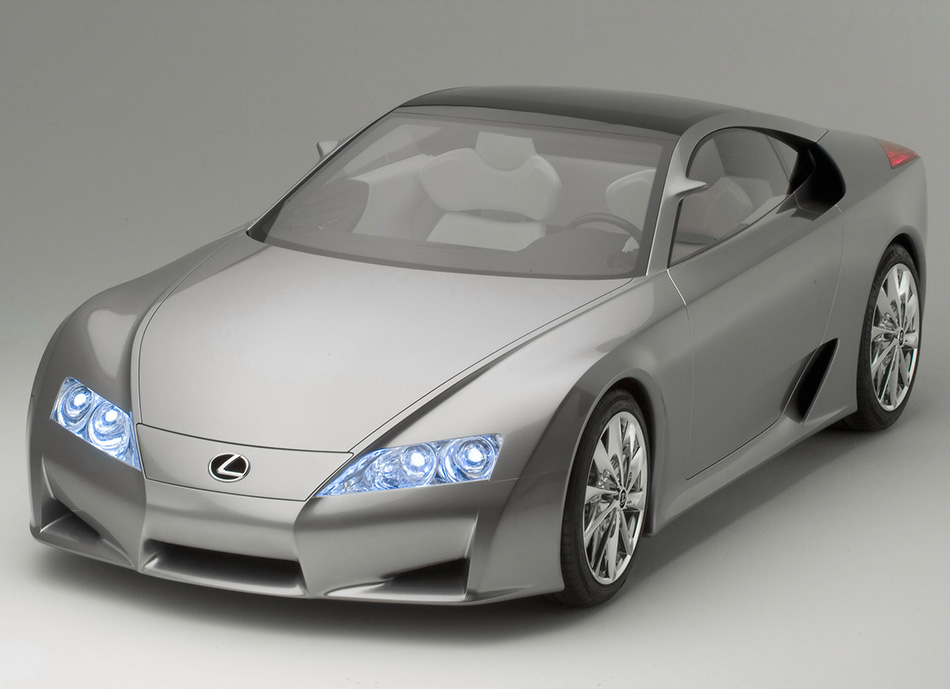 "The LF-A is theoretically developed to run a parallel course to our company's efforts in Formula One racing," added Press. "It would probably feature a powertrain and drivetrain configuration strongly influenced by whatever is being used in competition at the time."

Inside, the LF-A is designed as a luxury high-speed capsule that blends extravagant comfort with precision operation. Although it is about five inches shorter in length than the Porsche 911 Turbo, its wheelbase is nine inches longer. At 48 inches, it is nearly identical in height to the Ferrari F430. And with a width of 73.2 inches, it splits the difference between the Mercedes Benz SL55 and the Aston Martin DB9.

While the LF-A makes a major statement in how Lexus would define exotic sports car performance, it was conceived to express the emergence of a new direction in styling for the Lexus brand, globally.

"Over the last two years, a new styling philosophy that we call L-Finesse, has taken shape at Lexus Design," said Wahei Hirai, Toyota Motor Corporation's global managing officer of design. "What has emerged from this two-year journey is not just a new direction in philosophy. It is a new design language, based on the dynamism and inherent contrast between simplicity and elegance."

Simplicity, in form and function, reflects styling that is uncluttered and void of extraneous elements. Elegance, inside and out, avoids exaggeration by prioritizing understated luxury that is intriguing, subtle, seamless, and slightly surprising. The key to the formula is how the visual contrast between simplicity and elegance creates a look that is dynamic, forceful and vigorous.

The LF-A is a fundamental shift in both style and design for Lexus. The positioning and sizing of major components have been redefined and condensed. By taking an entirely different approach to proportion and packaging, designers have achieved the ultimate weight balance, so vital to high-speed handling and stability.

As a total package, the Lexus LF-A concept is a bold statement and a clear indication of the path that Lexus' global design will follow in the near future.