This creates a unique overall concept with a self-confident character.

The most striking part of the metamorphosis is an individually varnish in Gold and Blue. The self-assured colouring does not only reflect the exclusive status of the car, but also emphasises the newly developed exterior shape. 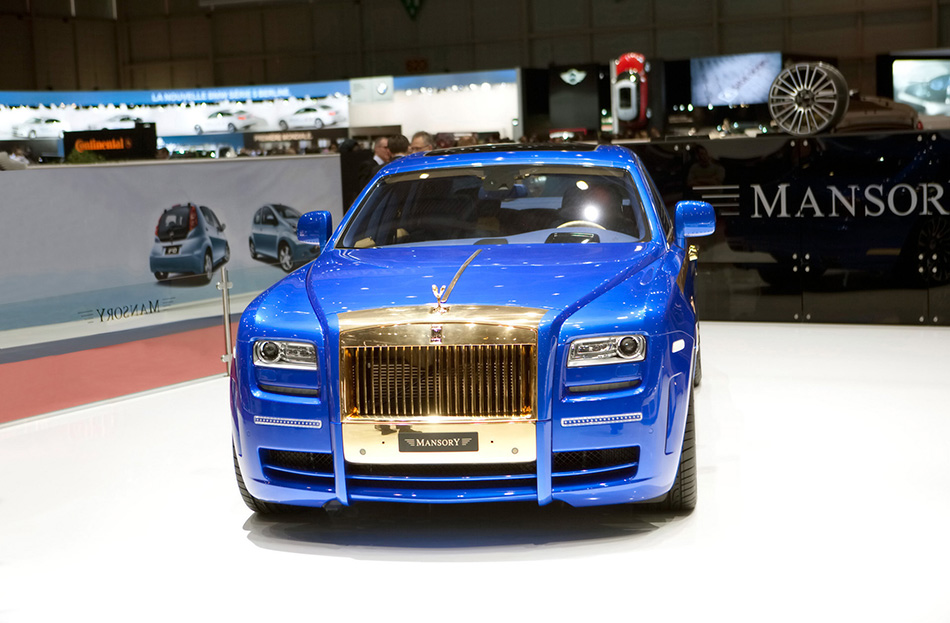 The golden varnish accentuates the delicate cross-beam in the new front skirt as well as the vertical gill between the headlights and the front wheel houses. Also the modified radiator grill insert duly profits from the varnish.

The evidence for the increased performance of the MANSORY Ghost can be found in the side skirts, the stainless steel sheeting, the unobtrusive rear spoiler and the rear skirt with the indicated diffuser and the two-pass end pipes of the double sport exhaust system.

The sportiness imbued by the exterior package is confirmed by the content under the bonnet. Enlarged bi-turbo chargers, the map optimisation of the control electronics as well as the sports manifold and the sports catalysers significantly increase the performance of the Rolls Royce. Instead of serial 570 hp (420 kW), the Ghost refined by MANSORY now renders phenomenal 720 hp (530 kW) at 5,850 r.p.m. The engineers from the Bavarian town Brand near Bayreuth catapult the maximum torque from 780 to astonishing 1,020 Newton metres. Therefore, the engine accelerates the 2,360 kg of the car from 0 to 100 km/h in only 4.4 seconds and is thereby half a second faster than the serial version. Thanks to the removed top speed limitation, the acceleration does not stop at 250, but only at 310 km/h.

With these performance values, also the wheels are growing. Especially for the Rolls Royce Ghost, MANSORY developed a new design whose innovative look perfectly matches with the new appearance of the car.

The interior presents itself as an oasis for luxury and perfectly goes with the exquisite outer refinement. Large parts of the interior are covered with the most delicate leather with diamond-quilted ornaments and are completed by an ultra-suede lining from the roof line to the dashboard. Special wide carbon and a sports steering wheel in combination with light bamboo wood inlays render and atmosphere which can not be surpassed in terms of exclusiveness. Moreover, there are illuminated door sills and the implemented ambience light effects: seats, door casings and dashboard are equipped with LEDs which supply a pleasantly soft light throughout the passenger cabin. 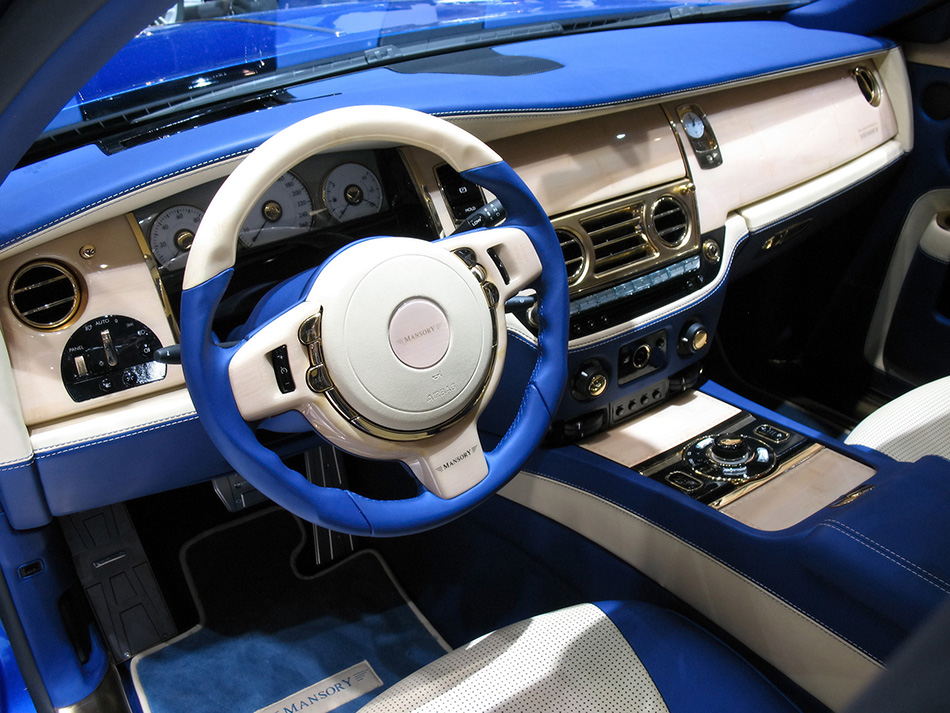 Once again, company founder Kourosh Mansory has understood to lift a top luxury class automobile into even higher levels. After the refinement, the Rolls Royce Ghost presents itself with a self-confident character. There is a perfect synergy between technology and luxury which further confirms the individual design.