Although major revisions (through the X300 and, partcicularly, the X308 updates) kept the Mk 2 competitive in some areas against its rivals, the basic design and 'hard points' of the Mk 2 dated back to 1986 which meant the car was very quickly being outclassed and losing ground to its rivals, many of whom were now two generations on from the MK 2 XJ. For example, since the Mk 2 was unveiled in 1986 at the same time as the Mk 2 BMW 7 Series (E32), BMW had since launched Mk 3 (E38) and Mk 4 (E65) versions of its 7 Series in 1994 and 2001 respectively — while Jaguar was still producing the Mk 2 XJ.

In September 2002, the all-new third generation XJ (known as X350) arrived in showrooms. While the car's exterior and interior styling were traditional in appearance, the car was completely re-engineered. The new car also saw the return of the fabled XJ6 badge, and with it 6-cylinder power, albeit in a V-configuration. 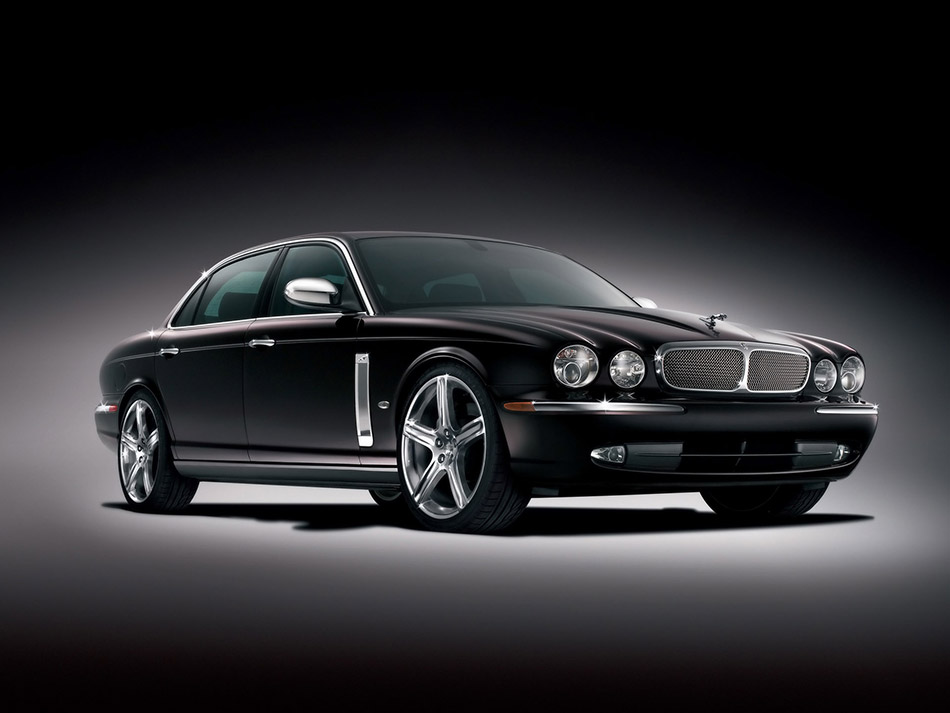 Like the Audi A8, the X350's chassis and body are constructed from aluminium. While some steel is used in some places throughout the chassis, the X350 has an aluminium monocoque/chassis similar in general design to a conventional steel structure, but with two differences; its underbody components are bonded together with aerospace-grade epoxy adhesives while around 3,200 self-piercing rivets are used to create the new XJ's unibody. A conventional steel body would be spot-welded. Interestingly, the construction method of X350 is different to the one Audi employs for the A8, but both methods are considered advanced.

On its own, the current XJ's bodyshell weighs about the same as a contemporary Mini. If the car were made of steel, it is estimated that it would weigh 40% more.

Some of the styling features that distinguish the X350 from the previous XJ include the outer headlights, which are larger than the inner headlights, and wheels which are pushed closer to the corners of the car (due to an increased wheelbase), both like the original Mk 1 XJ. Also, the X350 dispenses with the third side window of its predecessor, reverting back to two side windows like the Mk 1. The curve in the rear door resembles that of the Jaguar saloons of the 1950s and 1960s.

The V8 engines remained in the new model, but were now the revised and more powerful versions found in the 2002 S-Type. The 290 Bhp 4.0 litre and 370 Bhp 4.0 litre supercharged engines from the X308 Mk II were replaced by the S-Type's 300 Bhp 4.2 litre and 400 Bhp 4.2 litre supercharged units respectively, while a new 3.5 litre V8 was also introduced. Derived from the 3.2 litre engine of the previous model, it produced 265 Bhp.

2005 also saw the introduction of the first ever diesel-powered XJ Jaguar, a notion that was unthinkable only a few years ago and a model which still causes constenation amongst traditional Jaguar fans and owners. Featuring the same Ford-Peugeot-developed 2.7 litre twin turbo V6 unit found in the S-Type, the engine produces 204 Bhp and 321 lb ft of torque. Called the XJ TDVi, this model is often praised not only as the most powerful diesel against similarly powered rivals, but also the best diesel-engined car in the world.

Despite some critics' concerns that the XJ's styling is dated, the general consensus is that the X350 is an efficient car featuring sharp and engaging handling, a smooth ride and powerful engines, particularly the V8 and diesel engines.

The top-line XJs are branded as Vanden Plas (in North America) and Daimler (everywhere else).

The Super V8 is the fastest and most expensive model, with the XJR a close second. The Super V8, which debuted in the 2004 model year in the new X350 body style, is essentially a long-wheelbase, supercharged XJ8. Its primary competitor is the Mercedes-Benz S55 AMG. A distinctive wire mesh grille and chrome-finished side mirrors set the Super V8 and the XJR apart from the less expensive XJ sedans.

All North American XJs are powered by a 300 hp (224 kW) naturally aspirated engine. A 400 hp (298 kW) supercharged from 4.2 L V8 engine is optional. The valvetrain has a dual overhead cam design with four valves per cylinder. The top speed is limited electronically.

In early 2005, Jaguar announced its most exclusive, powerful and expensive XJ sedan since it ceased V12 production. Called the 2006 Super V8 Portfolio, it is a limited-edition trim level of the flagship Super V8 sedan. It debuted at the New York International Auto Show in March 2005, and is the most expensive Jaguar sedan produced to date, with a base price of US$115,995. The Portfolio features added power as well as exterior and interior enhancements, including a DVD player and 7-inch screens in the rear headrests. The Super V8 Portfolio, aimed at American and Canadian markets, became available in August 2005. It is available in only two new, limited colors: Black Cherry and Winter Gold. The equivalent model is sold under the name Daimler Super Eight and Daimler brand on the European and other international markets.