Mitsubishi Motor Sales of Canada (MMSCAN) will ask auto show visitors here and across Canada to offer opinions on the look, feel, cost and features of a new subcompact sedan before it gets the green-light for sale in Canada. The Mirage G4, Mitsubishi's Thailand-built four-door, three-cylinder sedan, will make its North American debut today at the 2014 Salon International de l'auto de Montreal.

But company president and CEO, Kenichiro "Kenny" Yamamoto said its future availability in Canada will be based, in part, on consumer opinion. "Our plan is to showcase the Mirage G4 and gauge what Canadians think of it and what they expect from subcompact sedans in general," he said. "A solid business case for Mirage was confirmed by the successful 2013 launch of the Mirage hatchback model; with G4, we're indicating our intention to grow the Mirage line up in Canada." When it was launched last September, the 2014 Mirage hatchback became MMSCAN's first subcompact car. Since then, Mitsubishi dealerships have reported Mirage's top fuel economy, low entry price and leading warranty are resonating well with customers. 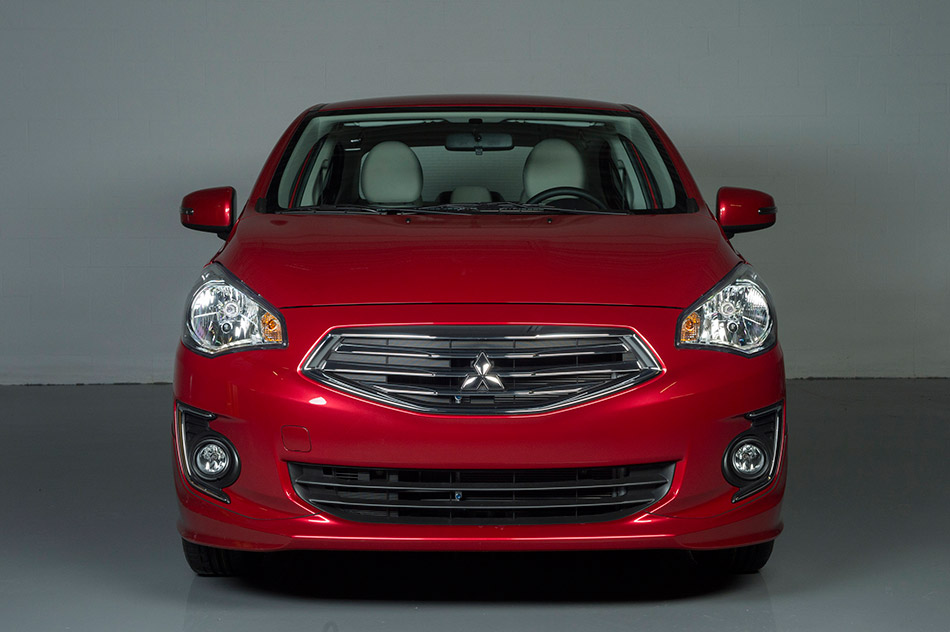 The Mirage G4 sedan is a sibling of the Mirage hatchback that is currently sold in Canada. The hatchback is rated at 4.4 L/100 km (64 mpg) in highway driving and is Canada's most fuel efficient, gasoline-powered subcompact. With a starting price of $12,498, or just under $14,000 inclusive of PDI and shipping, Mirage offers incredible value backed by the best warranty anywhere. Mirage hatchback is offered in two well-appointed trim levels, ES and SE; both include the standard five-speed manual transmission (5MT) or available Continuously Variable Transmission (CVT).