The "outing" of Daimler AG - at that time still DaimlerChrysler AG - in the chapter of Maybach has lasted exactly ten years, from 2002 to 2012. The core idea was to bring a vehicle as far as possible above the S-Class on the road, in order to defy so the luxury cars from Rolls-Royce and Bentley. In order that the already small number of this highflyer with four wheels doesn't slip completely into oblivion, the U.S. Company KNIGHT LUXURY Inc. in Miami, Florida offers a service, that probably puts everything that has been before to shame.

Toby Knight, founder of KNIGHT LUXURY INC., Is convinced that, among other things, the unsophisticated design of the Maybach was a reason for the failure of the brand. "With the "Sir-Maybach-Project" we wanted to show that the Maybach is certainly a very attractive car also for self-drive and have therefore given the vehicle more sportiness". 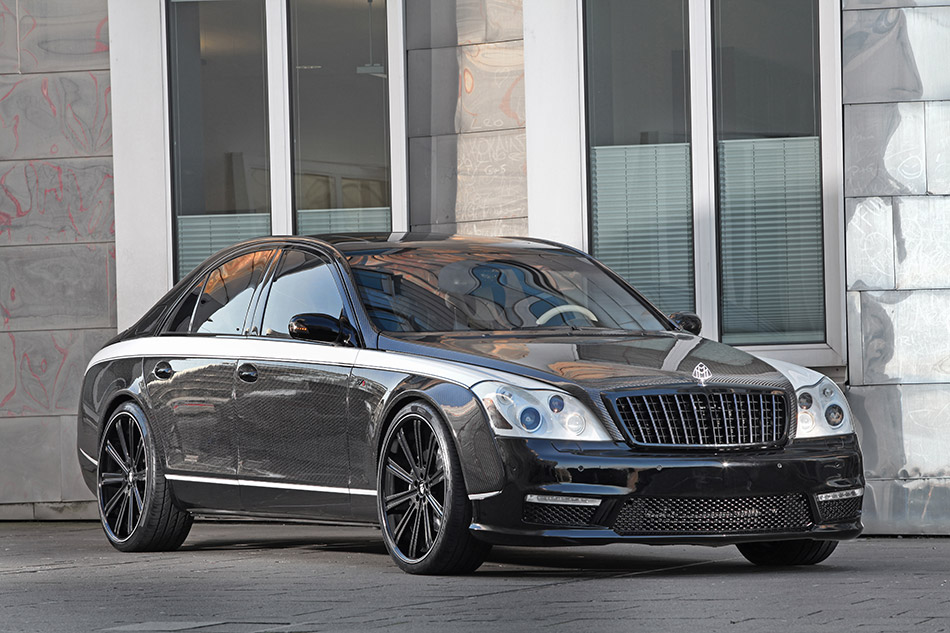 Those who got the necessary cash in hand, can - regardless of their place of residence – convert his car in Germany to one's heart's content, where "substantial reconstruction" would probably be the more appropriate term. For US-based customers, the vehicle is transferred to Germany on request, undergoing a "spa" and returned to the States. All what's happening in such a "spa" according to German quality standards is set forth below.

As a basis for the "Sir Maybach" project served a Maybach Type 57S. To give a new face to the car, a completely new, sportier front and rear apron was designed with front LED daytime running lights and an integrated carbon diffuser in the rear. Bonnet and boot lid are made from ultra-lightweight, high-strength, but also outrageously expensive carbon material. Equally the A-, B-and C-pillars, all four wings and all doors. Tailgate and rear window are additionally provided with a special spoiler. A look into the engine compartment reveals that even the engine cover and air filter boxes were manufactured in carbon fiber.

Also the three-piece 24-inch wheels, front and rear in 9.5 x24 to 10x24 inches, had to undergo a special treatment. The wheel rim stars are carbon-finished and painted, while the wheel beds are black powder coated. White Pinstripes, reflector-stripes in black and custom-built logos on the hub covers put the dot onto the i before the Pirelli tires in 285/30 R24 are fitted all around. Through the rims one can spot the brake calipers in white with logo.

Of course, the sheer unlimited refined Maybach comes with an electronic level control. An underbody lighting consisting of ten LEDs puts the vehicle especially in the dark perfectly in the lime light. Four projectors let the KNIGHT logo appear on the ground when you open any door. Finally, before we turn to the interior of the body, it is still to mention the 4-pipe sports exhaust system with valve control and Rennkats that gives the 712 hp (524 kW =) uprated Maybach 57S a discreet focused tone.

Personalized door knobs with screen printing logos, custom paint of the interior trim in black-red, tinted glass of the side windows and rear window, the four door sill plates, each with a special logo, etc. This list is not exhaustive by the way. The fact is that 28 parts were replaced by counterparts in white carbon in the interior and even 39 parts now shine in black carbon.

For the purpose of integration of Apple devices in the entertainment system an Apple TV module and two iPads including Apple keyboard in the rear of the car were installed. These are directly connected to the Command system. Also the sound system with subwoofer and amplifier has been modified. In addition to a rear-view camera also a dashboard camera is installed. Also integrated are a mobile LTE wireless module and a GPS tracking module. For the necessary ambience of the interior indirect UV black light is provided.

The exact price for this unique Maybach is not known, but who would like to call such a unique piece his own, has to come up with around 1 million U.S. dollars for a new "Sir Maybach 57S".