In March 1991 the 140 series was presented at the Geneva Motor Show as the successor to the 126 series, though the last examples of the 126 series with special protection were not completed until April 1992. From February 1992 the 140 series saloons also became available with special protection – powered by a 5.0-litre V8 or 6.0-litre‑V12 engine. The completely newly developed V12 was the first series-production twelve-cylinder car engine from Mercedes-Benz, and with a rated output of 300 kW (408 hp) it was also the most powerful Mercedes-Benz passenger car engine. 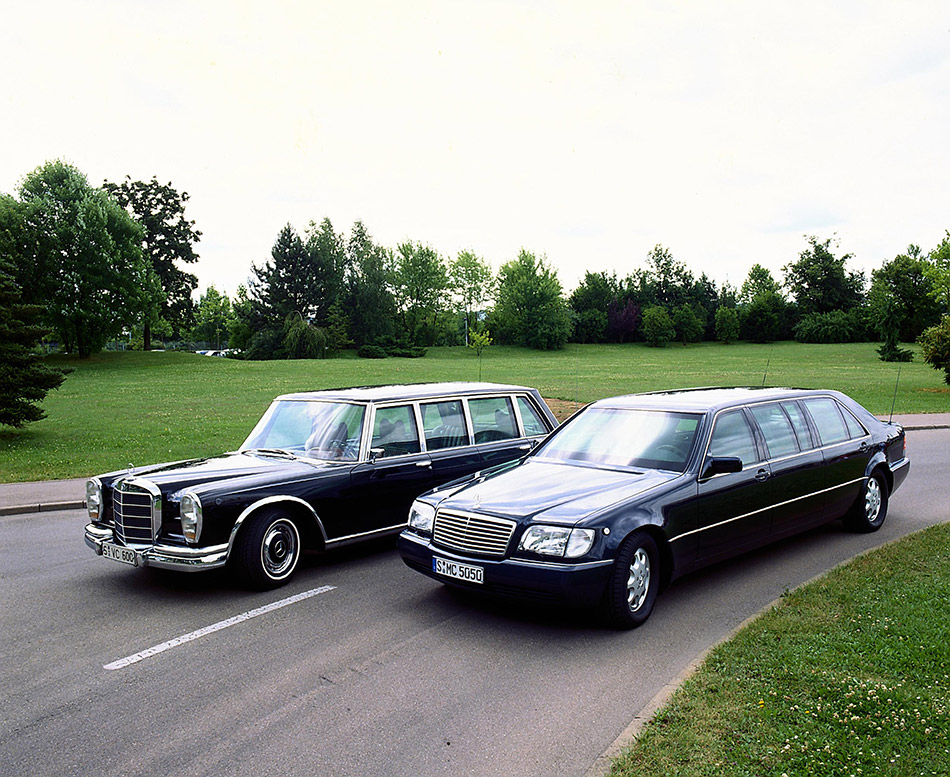 In a surprise move in September 1995, Mercedes-Benz unveiled the S 600 Pullman Guard which it had developed as a new state limousine with special-protection technology – the latest in a long tradition of such vehicles from Mercedes-Benz. At 6213 mm long, this specially built model was exactly one metre longer than the long-wheelbase S 600. The extra length benefited the rear passengers, who were accommodated on comfortable‑opposed‑seats and could separate their rear compartment from the driver's area by means of a partition.