With the electric drivetrain system of the SLS AMG E-CELL, Mercedes-AMG GmbH is providing yet another glimpse of its latest development project. The drivetrain has been in development since 2010 as a result of the cooperation between Mercedes-AMG and Mercedes AMG High Performance Powertrains in Brixworth. Four synchronous electric motors located near the wheels, providing a peak output of 392 kW and torque of 880 Nm, help to provide the SLS AMG E-CELL with its exciting driving dynamics. The carbon-fibre transmission tunnel, which also serves as the monocoque housing for the high-voltage battery modules, is structurally integrated into the aluminium body shell and firmly bonded to it. The lightweight fibre composite materials have their origins in the world of Formula 1, among other areas.

A small series-production run of the Mercedes-Benz SLS AMG E-CELL is expected to be launched onto the market in 2013. The powerful and locally emission-free super sports car with electric drive is yet another example of the innovative strength and development competence of the AMG performance brand. 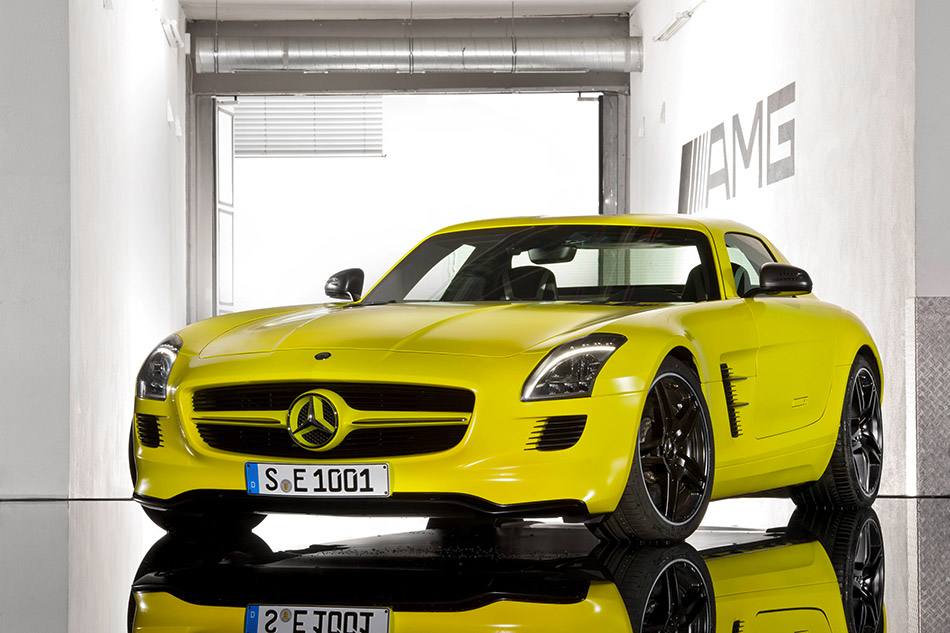