The new C-Class to be launched in spring 2011 is a comprehensive modernisation. The front and rear sections of this bestselling model have a more striking design. Together with the optional, high-resolution colour display in the instrument cluster, the new dashboard with its elegant, grained surface and prominent decorative trim emphasises the premium character of the interior. Fuel consumption has been lowered by up to 31 percent. Efficiency-enhancing measures include new engines, the improved 7G-TRONIC PLUS automatic transmission and the ECO start/stop function. Ten new driving assistance systems ranging from ATTENTION ASSIST drowsiness detection to DISTRONIC PLUS proximity control are now available for this model series. The new-generation telematics include internet access and a 3D navigation display with plastic city views.
"In terms of drive and protection systems the new-generation C-Class offers the same comfort and safety as our luxury models. And with numerous high-grade features in the interior that remind one of the new CLS, the C-Class sets completely new standards in its segment with respect to perceived value and quality," says Dr. Joachim Schmidt, Sales & Marketing Director at Mercedes-Benz Cars. This interior modernisation is supplemented with a new telematics generation that not only includes completely redesigned displays, but also makes onboard internet access available. 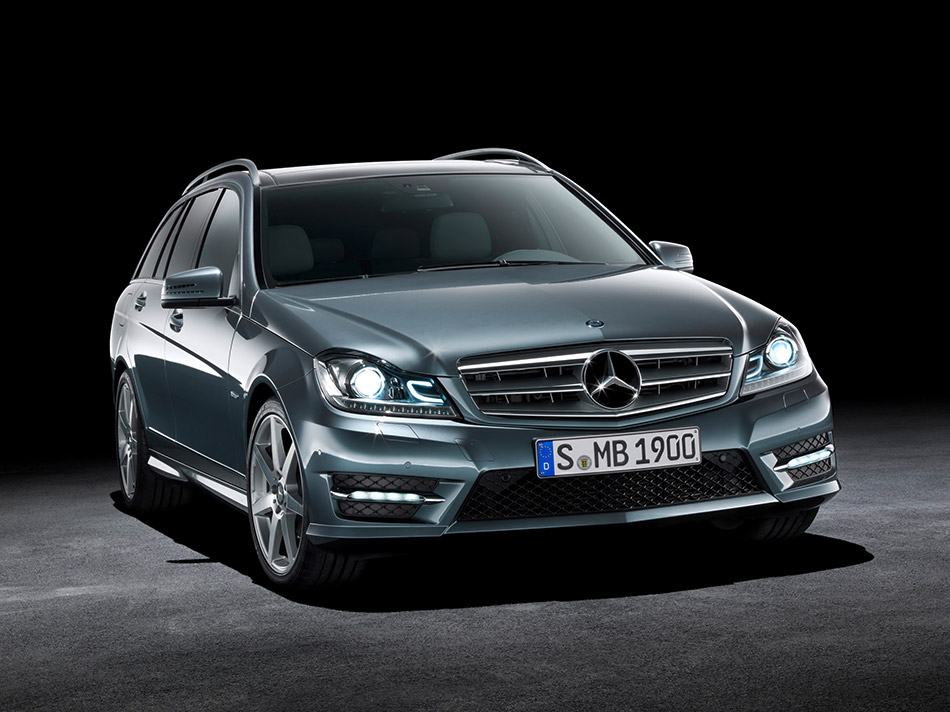 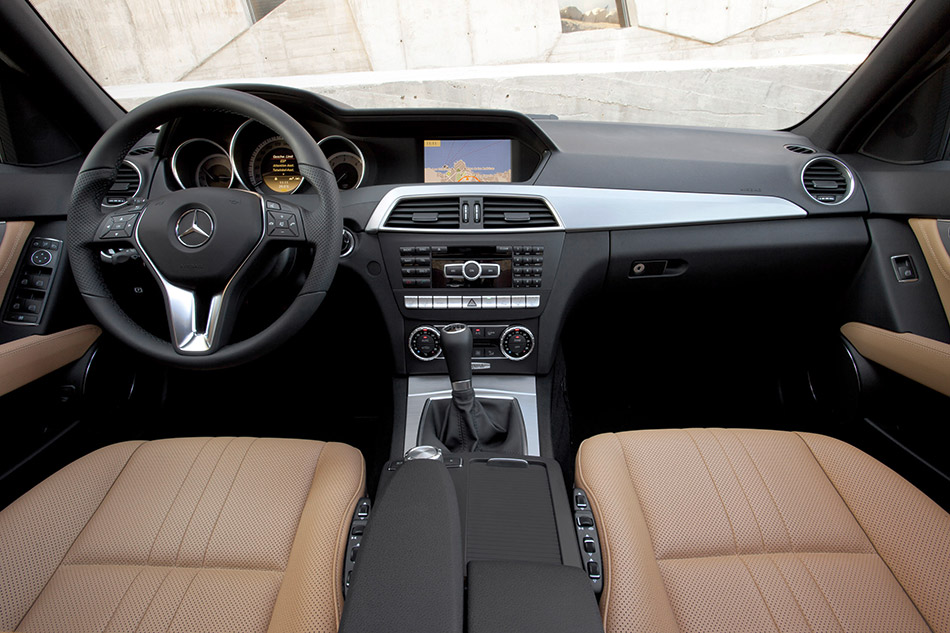 More power, lower consumption: the engines
A reduction of up to 31 percent has been achieved in fuel consumption. All the rear-wheel drive C-Class models are equipped with the ECO start/stop function as standard. All the engine variants are now classed as BlueEFFICIENCY units, showing that they are particularly efficient and environmentally compatible in their use of fuel. In future all automatic versions with the exception of the C 300 CDI 4MATIC will feature the further-developed 7G-TRONIC PLUS seven-speed automatic transmission (introduction in the C 250 CDI 4MATIC in June 2011). In addition, the overall ratio of all new powertrain variants has been optimised for fuel economy.
All the petrol engines in the model series have direct injection. One of the highlights is the introduction of the new V6 petrol engine with its innovative and highly efficient BlueDIRECT process in the C 350 BlueEFFICIENCY. The quantum leap in efficiency is particularly well illustrated by the six-cylinder unit: Power has increased considerably, the C 350 BlueEFFICIENCY delivering 225 kW (306 hp) and 370 Nm (C 350 previously 200 kW/272 hp and 350 Nm). Fuel consumption has been significantly reduced, however: the C 350 BlueEFFICIENCY has a mean consumption of 6.8 litres per 100 km – 3.1 litres or 31 percent less than the preceding C 350 model.[1]
The four-cylinder petrol engines, which made a great evolutionary leap forward in 2009 and all feature direct injection and turbocharging, excel with high performance and exemplary economy.
All C-Class petrol models at a glance
BE = BlueEFFICIENCY, * figures for automatic transmission, manual transmission in brackets
The most economical model in the Mercedes C-Class has also become even more frugal: the C 220 CDI BlueEFFICIENCY with the manual six-speed transmission and the standard ECO start/stop function has a mean diesel consumption of 4.4 litres per 100 km – 0.4 litres less than before. This corresponds to 117 grams of CO2 per kilometre. In conjunction with the improved 7G-TRONIC PLUS automatic transmission and the ECO start/stop function included as standard,
the C 220 CDI BlueEFFICIENCY and C 250 CDI BlueEFFICIENCY both deliver top-class figures with a combined diesel consumption of just 4.8 litres per 100 km. This corresponds to CO2 emissions of 125 grams per kilometre.
All C-Class diesel models at a glance
BE = BlueEFFICIENCY, * figures for automatic transmission, manual transmission in brackets
Warning and intervening: the new driving assistance systems
With a total of ten new driving assistance systems ranging from ATTENTION ASSIST drowsiness detection to DISTRONIC PLUS proximity control, the C-Class reaches a new level in safety. The assistance systems are based on the latest radar, camera and sensor technology, and cover frequent accident causes such as driving too closely, fatigue and darkness. The new assistance systems, some of which only warn and some which actively intervene in hazardous situations, at a glance:
More operating comfort, better connectivity: new-generation telematics
The new C-Class also sees the debut of a new telematics generation which will also be gradually introduced in other model series. Major new features include greater operating convenience, larger displays, telephone directory transfer, display of SMS messages, wireless music reproduction via Bluetooth and a USB interface now accommodated in the centre armrest.
The multimedia system COMAND Online now provides internet access for the first time. When the car is stationary, customers are able to browse freely or surf to a Mercedes-Benz Online service whose pages load particularly rapidly and are also easy to use while on the move. The integrated services include weather information and a special destination search via Google, as well as the option of downloading a route that has been previously configured on a PC using Google Maps and sent to the car. The navigation system of COMAND Online also has added functions. New features include a 3D display with plastic city views. Also new: routes covered can be recorded and repeated later, specific personal destinations can be imported via an SD card and four alternative routes can be displayed on the navigation map, one of them a particularly economical variation.
As a first in the C-Class, the Becker® MAP PILOT makes a low-cost navigation function, which can also be retrofitted, available for the entry-level Audio 20 CD radio. Its advantages over aftermarket solutions include integrated operation via the central controls and the Audio 20 display, a concealed location in the glove compartment and updating via an internet portal.
Source: Mercedes-Benz
Gallery: Mercedes-Benz C-classe (2011)