Automotive legends from the 1970s and 1980s will line up for the start of the twelfth 'Creme 21 Youngtimer Rally' in Spa, Belgium on 25 September 2013. Taking central stage will be BMW Group Classic's classic Mini Mark III, conspicuous not just because of its vibrant 'Citron' yellow paintwork but also because of its colourful TV history. It is one of the classic Minis driven by actor and car enthusiast Rowan Atkinson in his role as Mr. Bean in the British comedy series of the same name.

The participating Mini was built in 1974, but it wasn't until the 1990s it became famous as a central character in the Mr. Bean series. A total of 14 episodes of the series were filmed between 1989 and 1995, in which the character played by Atkinson had several comic adventures and near misses behind the wheel of his distinctive black-bonneted yellow Mini. 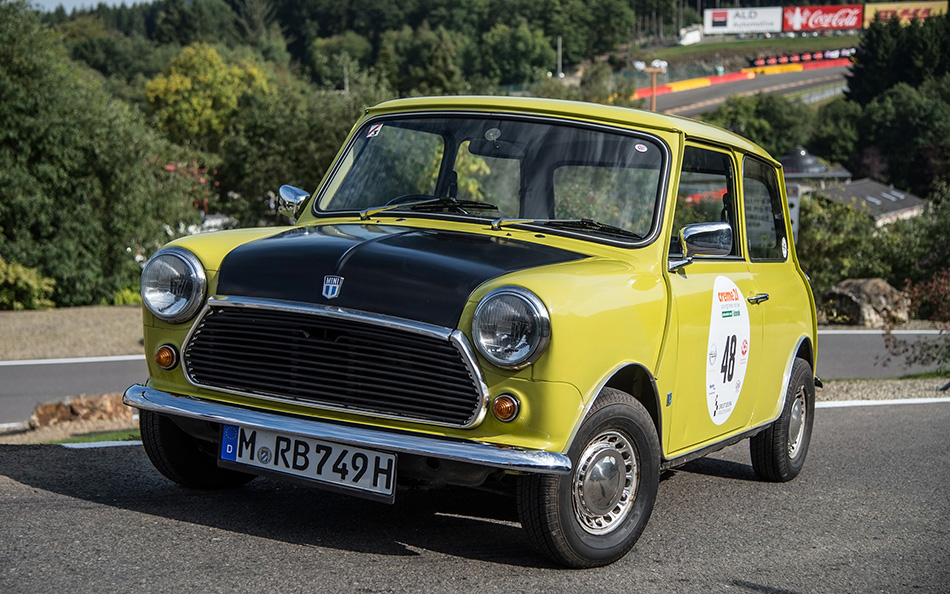 The car, which is one of the few Minis featured in the series to survive the on-screen antics, is powered by a 4-cylinder, 1.0 litre engine with an output of just 27 kW or 34 bhp. During its TV career it also had a detachable steering wheel and a padlock, vital to Mr. Bean in ensuring that he never became separated from his favourite four-wheeled friend.

The Creme 21 circuit, Europe's biggest annual 'youngtimer' rally, is named after the 1970s cult cosmetics range and each year it leads participants through some of Germany's most spectacular countryside. Seven stages covering 1000 kilometres are planned for this year's event, which takes place 25-29 September. The route remains a closely guarded secret until the start flag is waved, however the entrants know that they have to complete a number of stages over the four days, in which they will have to demonstrate their skills with the accelerator, brake and clutch pedals.

The starting grid of this year's event will see 180 cars built between 1970 and 1990 line up. When choosing the participants, the rally's organisers make sure that there is a diverse and eclectic mix of cars on display. As a result, Mr. Bean's classic Mini will line up alongside much larger and more powerful contestants including several BMW 6 Series models and even a legendary BMW Z1 roadster.