With its sleek new interior/exterior design direction, high-quality cabin materials, and reduced fuel consumption, the all-new 2014 Outlander is an affordably-priced crossover that is an ideal vehicle for the cost-conscience automotive consumer.

Mitsubishi designers and engineers have given the 2014 Outlander a fresh new contemporary face that is both appealing and functional with reduced aerodynamic drag.

Further aiding fuel economy is a lightweight body that tips the scales approximately 200 pounds less than that of the outgoing Outlander – all while providing a high level of collision safety and structural rigidity through use of high-tensile steel. 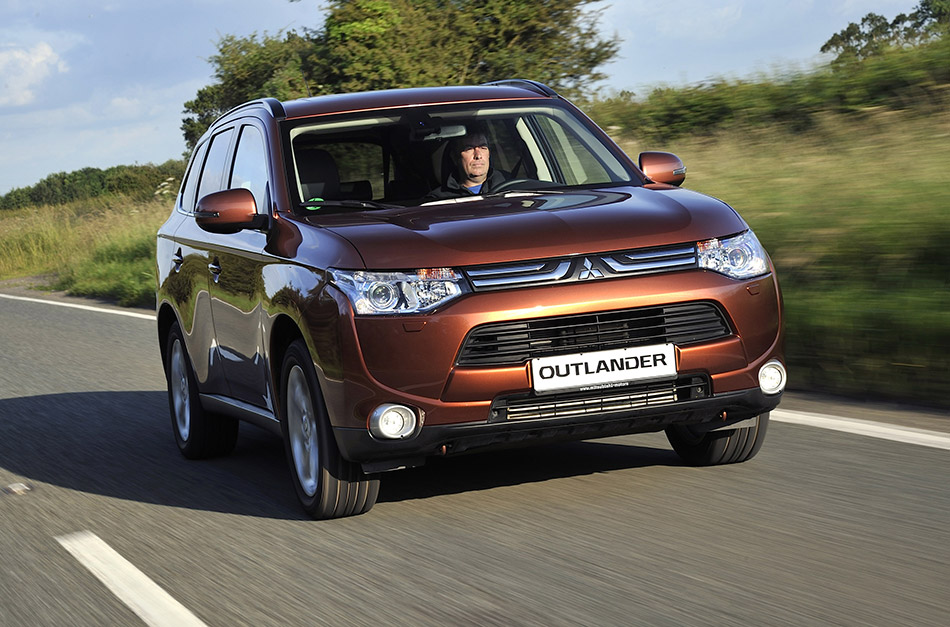 Thanks to a re-engineered version of the Mitsubishi Innovative Valve timing Electronic Control (MIVEC) system with continuously-variable valve lift, the 2.4-liter 4-cylinder engine combined with a continuously-variable transmission (CVT) will deliver fuel economy that will place the all-new Outlander among the most fuel-efficient vehicles in the 7-passenger as standard in the CUV segment. The premium GT trim level will be offered with a more powerful 24-valve 3.0-liter V-6/6-speed automatic transmission configuration.

Having revolutionized the automobile industry in the new millennia with the introduction of the 100% electric-powered Mitsubishi i-MiEV – the first mass-produced and affordably-priced production electric vehicle (EV) by a major automobile manufacturer – Mitsubishi Motors will soon launch a revolutionary plug-in hybrid electric version of the all-new Outlander.

Set to arrive at Mitsubishi dealerships in North America in early 2014, the Outlander PHEV will make use of highly efficient front-and rear-mounted electric motors as well as an internal-combustion engine along with a cutting-edge new form of Super All Wheel Control (S-AWC) system that makes the most of the dual electric motor/internal combustion engine configuration to maximize traction, handling and vehicle stability. The all-new Outlander PHEV can operate in purely EV, Parallel and Series Hybrid mode, depending on driver mode selection, battery charge level and vehicle speed.