Even in its standard version, the 300 hp Golf 7 R 4Motion is cut from a different cloth than the stable of Golf variants conceived and confected for the mainstream German car buyer. But be careful: once MTM has worked its magic, Germany's most popular car effortlessly operates on a different plane otherwise dominated by very much more illustrious marques. Namely those which, like this, are capable of sprinting from nought to 100 km/h in 4.2 seconds, and which reach their top speed of 250 km/h – in the seventh gear of the standard DSG gearbox.

The MTM-modified Golf 7 R 4Motion's engine pushes it to 250 km/h. The two litre engine owes this power, generated by 360 hp and 450 Nm of torque, to MTM's M-Cantronic module, fitted in 90 minutes and which comes with an all-up price tag of around 2,055 euros. 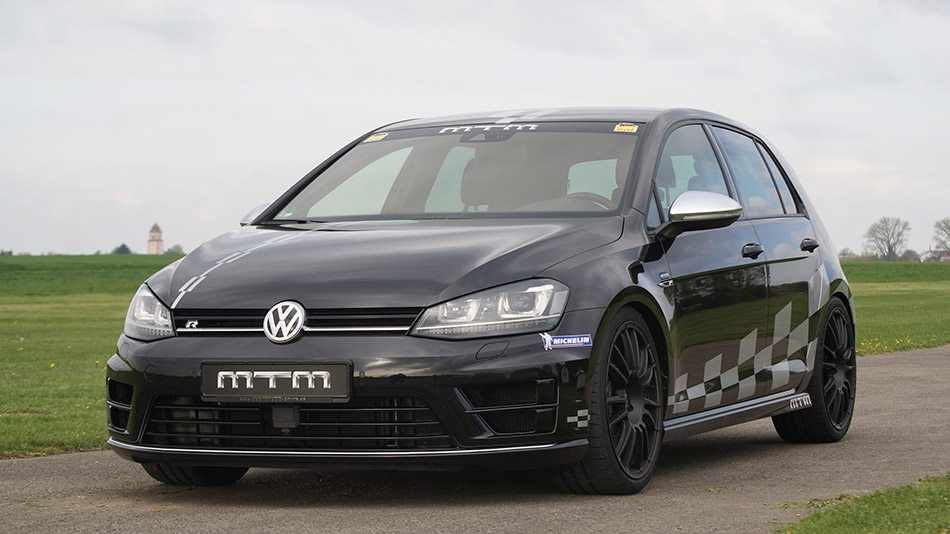 The front wheels are held in check by MTM's 380x34 mm eight-piston brakes to ensure continuing unmarred pleasure in this feisty forward momentum. The rear axle is served by the ideally sized standard brake system. The motor sport-proven brake system is your's for 5,115 euros, with fitting costing another 367 euros.

Most European motorists will encounter this Golf at a handicap: typically only getting to see it from behind. And even this perspective reveals this to be no off the peg variant: four tailpipes proclaim that MTM's ideally matched exhaust system doesn't just look good but also exudes the good taste cultivated among Golf fans.