The all-new Land Cruiser V8 is the eighth in a line of long-wheelbase, station wagon-style Land Cruisers. With a heritage that stretches back 57 years, it is the longest-running model in the Toyota line-up.

This world-beating, go-anywhere Land Cruiser has led the expansion of the company since the 1950s, taking the Toyota brand to new continents and previously untapped markets.

Land Cruiser V8's roots can be traced right back to the Toyota BJ, the first four-wheel-drive vehicle developed by the company and produced early in 1951. Powered by a 3.4-litre, six-cylinder engine, the BJ rapidly developed a reputation for its toughness and its ability to go anywhere.

Within six months of its creation the BJ had become a champion, climbing to the sixth hill station of Japan's Mount Fuji, 2,500 metres up. It was the first ever vehicle to get this far. As a result of this performance, the BJ was added to the Japanese police fleet and the model's success began. In 1954 the latest BJ, the Type 25, was given a generic model name – Land Cruiser – which has been used ever since. 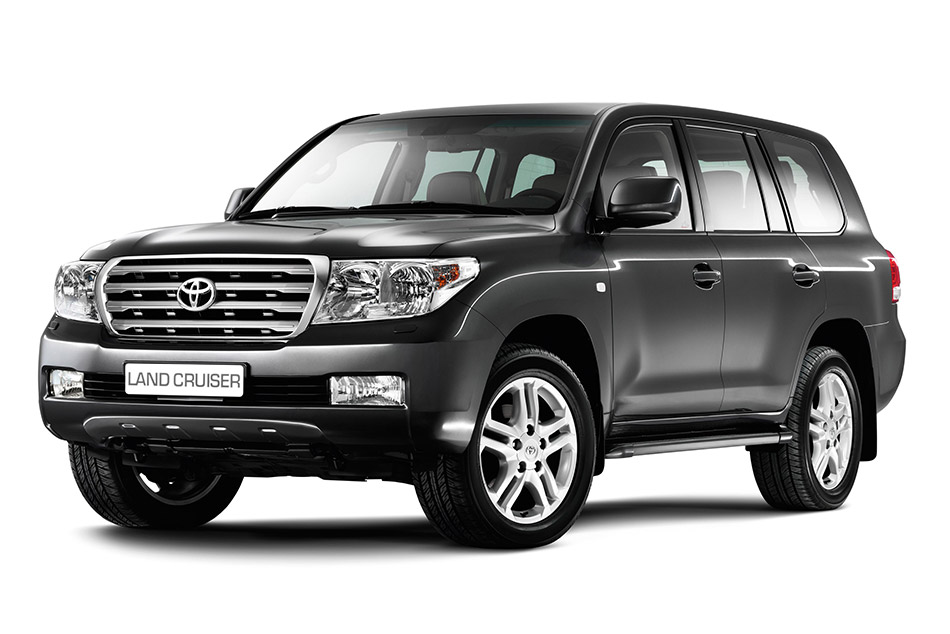 As Toyota began its worldwide export and growth programme during the 1950s and 1960s, it found that many established markets were already well penetrated by American and European automakers, leaving little room for new entrants from Japan. Strategically, Toyota decided to focus on the emerging markets of the Middle East, south-east Asia and South America.

In 1967, Toyota responded to the popular trend in the American market for more refined 4x4 vehicles with the launch of the Land Cruiser Station Wagon FJ55V. This was to create a new generation of Land Cruisers, running in parallel with the original ‘jeep-style' off-road concept.

Over the years, Land Cruiser has become synonymous with Toyota throughout the world. From Australian outback to the Russian steppes and the streets of Europe, the vehicle is loved for its all-round capabilities: highly reliable, tough off-road, yet sufficiently comfortable and refined to go anywhere and be seen everywhere.

The Land Cruiser range continues to be a worldwide sales success and is the best-selling SUV ever, with more than five million customers since launch. It is sold in more than 140 countries and produced in nine Toyota manufacturing plants around the globe (all body types). The major markets are the Middle East, Australia and Europe.