Nissan President and CEO Carlos Ghosn presented today the Nissan e-NV200 electric taxi for Barcelona, in the presence of the Mayor, Xavier Trias. Barcelona aims to be the first city in the world to implement a zero-emission vehicle as publically accessible transport.

The city of Barcelona will lead the global rollout of the new e-NV200 100% electric taxi version of which will also be introduced in other big cities around the world and will begin production in 2014 in the city. Nissan and Barcelona City signed a memorandum of understanding to promote the use of electric vehicles as taxis and as delivery vehicles by improving the quick charging network and looking at a range of privileges for zero emission operators.

The Nissan e-NV200 will be manufactured at the factory located in the Zona Franca in Barcelona from mid-2014 with an investment of 100 million euros and will create over 700 new jobs. The factory in Barcelona will be the single global manufacturing plant for the e-NV200 and vehicles will be exported worldwide to a range of international markets.

The e-NV200 is the second vehicle to be introduced to Nissan's line-up of zero-emission vehicles. The new electric light commercial vehicle is based on the award-winning NV200 van, which is also built in Barcelona. The new zero emission model combines the architecture of the NV200 with the electric drivetrain from the world's best selling electric vehicle, the Nissan LEAF. The resulting vehicle has been engineered to have its own unique character and appearance, while retaining the class leading load space of the combustion engined van.

In talking about the new electric taxi initiative, Ghosn said: "We applaud Barcelona city for making this clear commitment to integrating the revolutionary Nissan e-NV200 electric vehicle into the city's taxi fleet. We are delighted that the city where we will build this new vehicle is leading the way in promoting clean transportation for the benefit for all its citizens and visitors. The e-NV200 is a revolutionary product that will make zero emission taxis and goods delivery vehicles a reality in cities across the globe from next year. " 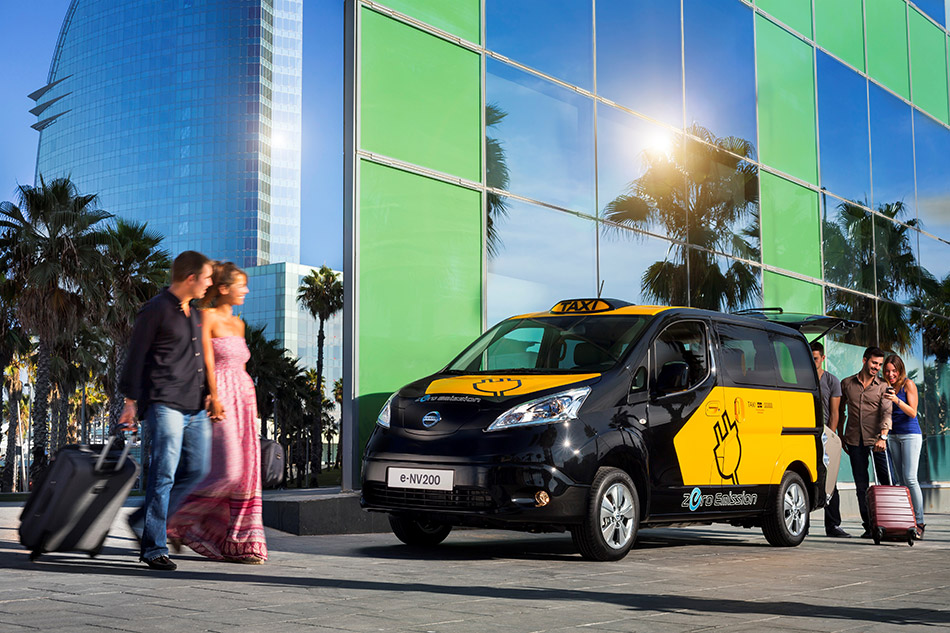 In a press conference, the Mayor of Barcelona and Andy Palmer, Executive Vice President of Nissan, have released details of the agreement signed by both parties and which aims to promote measures and incentives for the proper introduction and implementation of the vehicle e-NV200 as a taxi  and goods delivery vehicle in the Barcelona metropolitan area.

The Mayor of Barcelona has highlighted the relevance of the agreement as "a step forward to reinforce the role of Barcelona as a leading city in zero-emission taxis and urban goods distribution", and has revealed the commitment to progress onto a zero-emission city model, a commitment shared with Nissan.

"We want to put the talent, creativity and innovation of Barcelona to support the new sustainability sectors. This pioneering scheme and the technology developed for it and other sustainability projects like it will improve the welfare of the people of the city and create further employment opportunities." The Mayor has also stressed the celebration of the EVS27, the 27th International Electric Vehicle Symposium, which will be held in Barcelona this November, "as a great opportunity to consolidate the strong investment and the good work that Barcelona is undertaking to promote the electric vehicle implementation".

In the partnership agreement, Nissan is committed to developing a specific taxi version and supporting the City of Barcelona with the deployment of a charging infrastructure. Nissan will contribute to installation of the necessary charging infrastructure for the city by providing CHAdeMO quick chargers. The Nissan-designed chargers can recharge any compatible electric vehicle from 0-80% battery in just 30 minutes. Barcelona City Hall and the Metropolitan Area of Barcelona will install these quick chargers across the city to create a network for taxi drivers and others to quickly "refuel". These quick chargers are part of over 1,200 planned to be installed across Europe by March 2014. 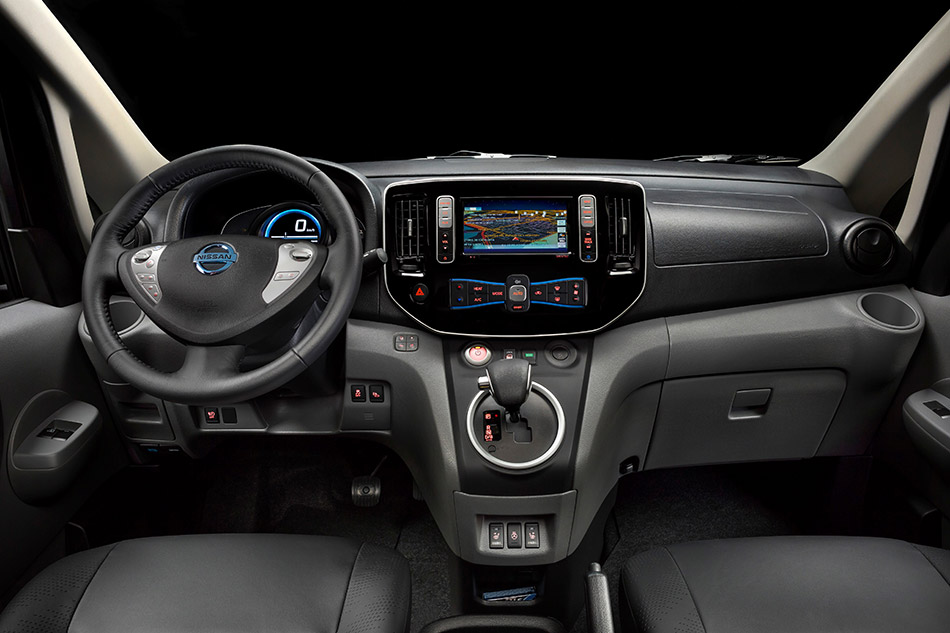 Nissan and the City of Barcelona also aim at encouraging electric vehicle use in goods delivery. As part of the agreement the City Council is committed to provide specific places for loading and unloading goods and to enable electric vehicle charging points, as well as promoting a specific identification for electric vehicles. They will also consider the creation of goods delivering zones and schedules exclusively for zero-emission vehicles and to introduce tax cuts such as reducing business taxes to companies with fleets of electric vehicles.

The incentives to encourage the use of electric delivery vehicles is something that is expected to be replicated in many cities, with several also considering restricting access to central locations to only zero-emission vehicles.