Opel´s Chairman and Managing Director, Carl-Peter Forster, says some of these design cues have already been seen in studies like the Snowtrekker and in production models like the Speedster and the Vectra. "Opel cars not only look dynamic, in future they will also feature advanced technical innovations like adaptive, integrated suspension systems, which provide the highest levels of driving comfort, fun and safety."

Martin Smith, Opel´s Director of Design says "With the GTC Genève we want to demonstrate how sporty a three-door sports sedan can be. Working with our Vehicle Concept engineers, we set out to make a very dynamic-looking car, with space for four passengers, that's also immediately recognizable as an Opel." 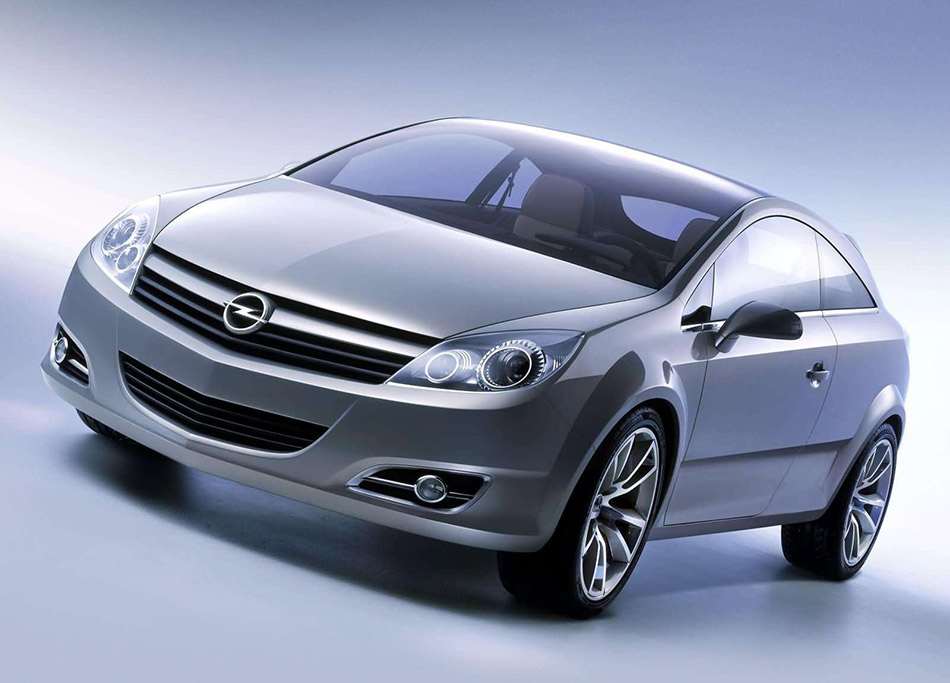 When creating the GTC Genève, Opel´s designers had far more freedom to experiment than they would normally when developing a production auto. The car has a tinted, transparent roof that stretches from the windshield to the rear window, and the design team took the GTC´s proportions (length/width/height: 4.349/1.773/1.352 meters) to the extreme. "There's a lot going on in car design at the moment, from very traditional to almost eccentric forms," says Smith. "With the GTC Genève we wanted to make a clearly sporty statement."

The arrow-shaped front and rear sections of the GTC Genève are good examples of the dynamic form. "The tapering begins just in front of and just behind the wheelarches, emphasizing the short overhangs," explains Friedhelm Engler, Chief Designer in Opel's compact car studio. "Along with the low silhouette and the curved roof, this creates a powerful tension that makes the GTC look as if it's ready to pounce."

The GTC Genève´s large, three-dimensional headlights and taillights "look like the polished facets of a jewel," says Engler. He adds that the designers didn't limit this theme to just the lights, but also to their housings, which fit organically into the surrounding bodywork as if they were "settings for a piece of jewelry." The designers' fascination with detail also can be seen in the individual lamps of the taillight housing. The cylindrical bulb settings look as if they were carved from a single piece of material. This form reappears again in the design of the center high-mounted brakelight, located over the rear window.