The Peugeot 2008, capitalises on the brand's expertise acquired with the success of the 3008 Crossover to create an innovative vehicle for the B segment. Set to go on sale in Spring 2013, it joins in the dynamic of the product offensive initiated successfully by the 208.

The new crossover by Peugeot is the first vehicle produced by the Marque that was designed and developed simultaneously by several geographic markets. With its worldwide objectives, the Peugeot 2008 thrusts the Marque into a new dynamic, in line with its strategy of developing its crossover range and attracting new customers. 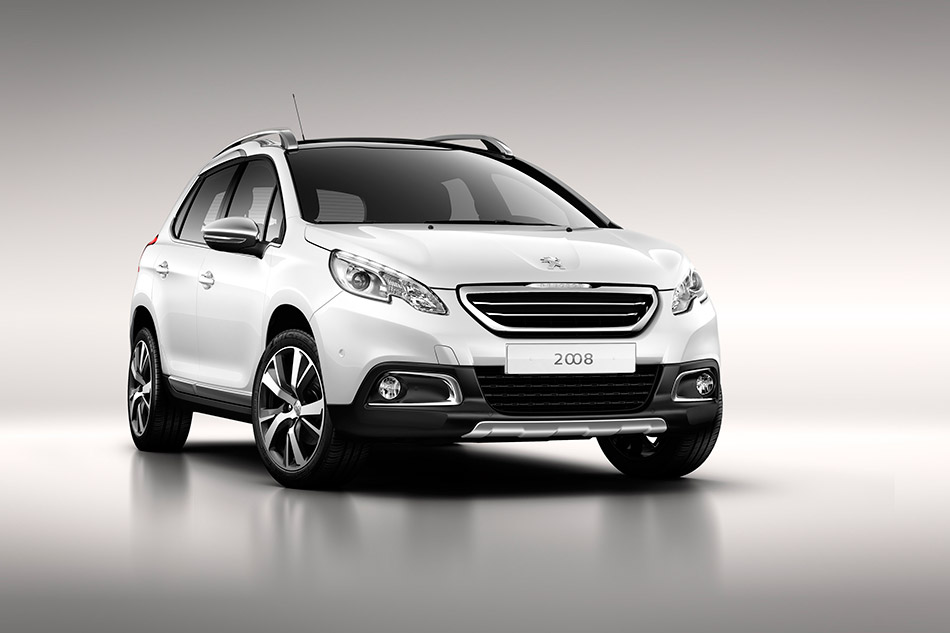 In a world which is constantly evolving and increasingly urban, a new generation of customers is emerging. Eager to always be on the move; they feed on dynamism. Agile, diverse, they can be found on every continent and are looking for products which reflect their personality.

Drawing strength from this observation, the Marque drew up a specification with ambitious objectives. From the start, it in corporated into the DNA of the crossover by Peugeot, which combines an accomplished driving experience, stylish design with practical advantages, the challenge of designing a vehicle intended for an international clientele across three geographic markets.

Peugeot rose to the challenge. Upmarket, dynamic, the new crossover by Peugeot offers a rich and varied experience in the B segment. So, at just 4.16m long, the Peugeot 2008 innovates by uniquely combining the driving characteristics of a hatchback and the strength of an SUV with an on-board area (passenger space, modularity and comfort) which invites you to enjoy each moment to the full. Equally at ease in town as on the open road, it can escape from the city with confidence due to its extended mobility features. Stimulating and versatile, the Peugeot 2008 suits all customers.

The Peugeot 2008 is to be produced close to its markets, in France (Mulhouse), in China (Wuhan) and in Brazil (Porto Real).

"In the 2008, the Marque has the vehicle which will secure its leadership in the segment in Europe and which will win new customers in Asia and Latin America." - Maxime Picat, Director General of Peugeot

"With the 2008, Peugeot is continuing its product offensive and capitalising on the success of the 3008 by offering a new crossover, urban and innovative, to win over an international clientele" - Xavier Peugeot, Peugeot Product Director

The Peugeot 2008 reinvents the standards of large-volume vehicles in the compact car segment. Innovative from first glance, it successfully merges the two worlds. The strong stylistic trend affirms its identity for practicality, volume and the driving experience available with 2008.

"Creating the 2008 was a real challenge though we had a very precise idea of the vehicle that we wanted to offer our customers. The style brought to life in an early phase remained true to the original design right up to production. The very first sketch was perfect - stylish and effective." - Eric Dejou, 2008 Style Manager

"The 2008 has succeeded in merging worlds and cultures to offer a style which goes beyond customer expectations." - Gilles Vidal, Peugeot Style Director

With its higher-driving position the Peugeot 2008, fitted with 'Mud&Snow' tyres, 17" 'Diamond' wheels with a matt finish, has pronounced wheel arches that give it an appealing road presence and stance. The black bumpers and body sills serve to protect it from abrasions with the addition of front and rear body protection and side mouldings in stainless steel.

The front face adopts the latest Peugeot style codes, with panel fit and features working together seamlessly and precisely. Finely sculpted, the bonnet lines infer lightness, strength and protection of the Peugeot 2008, while the 'floating grille' face has a solidity of form with vertical elements to harness aerodynamic performance and efficiency. The innovative headlamps are designed precisely to reflect the technical functions. Sharp and precise, they act with the bodywork to given the outline appearance of a cat's pupil. Sculpted, they are at one with the front face, giving it an even more expressive, technological and individual character. This look is emphasised by LED day running lamps.

The new urban crossover has elegant and sophisticated sculpted wings and sides, indicating clear athletic qualities. The generous glazed surfaces, including the panoramic roof, promise a spacious interior open to its surroundings. 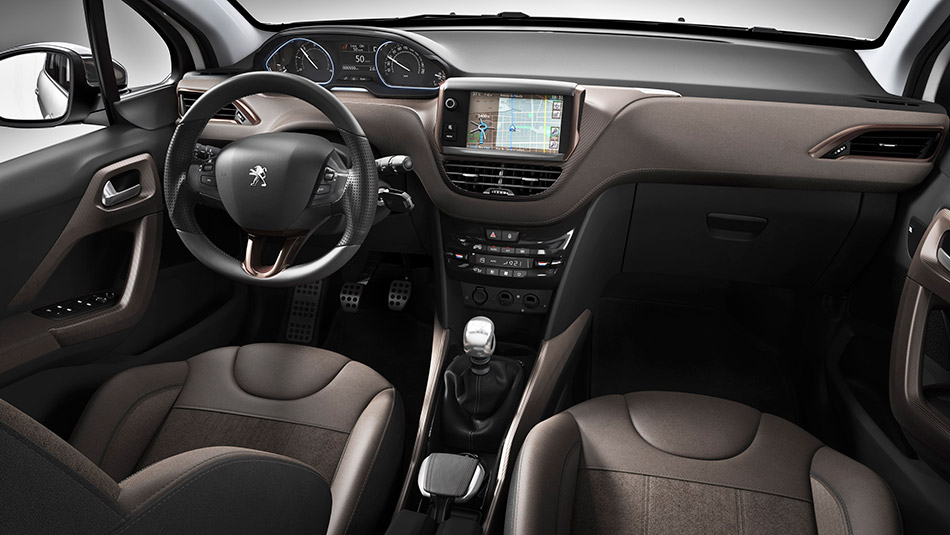 The rear also combines strength with dynamism. The boot volume, with a low loading sill, has above it a roof line with dynamic curves, inspired by the RCZ. The wide tailgate is framed by lamps secured to the bodywork. Floating inside their housing, the three luminous claws are lit at their base by LEDs that appear suspended.

The dynamic and elegant movement of the roof is also a feature of the profile. A roof wave line emerges above the rear seat position and sets the scene for an exclusive decoration cut into the metal. As if crimped to the bodywork, it is the origin of the spoiler in an extension of the same part, on the surface. The precise design of the roof bars puts the finishing touches to the concepts of dynamism and leisure expressed by the Peugeot 2008.

The latest-generation engines draw the very essence of the lightness and profiled silhouette to offer an exceptional driving experience combined with a true breakthrough in terms of fuel economy. Due to the technology of the e-HDi Diesel and new 3-cylinder petrol engines, the Peugeot 2008 urban crossover stands out from the competition with CO2 starting from 99 g/km.