Pontiac's 2004 GTO is a modern-day incarnation of classic street performance. When you turn the key and hear the throaty dual exhausts announcing the 5.7L V-8, you'll know you have your hands full. Compared to its '60s namesake, the new GTO sports a suspension that is tighter, an engine that's more powerful and a four-on-the-floor manual transmission that now boasts two additional gears. The car will hit 60 mph (97 km/h) in about five-and-a-half seconds, and run the quarter mile in under 14 seconds. There's nothing like it in its class.

The completely new GTO isn't just about horsepower, of course. Its unique personality includes impressive cornering abilities, a smooth ride and surprising comfort. But the heart of the GTO is indeed a truly awesome 5.7L LS1 V-8 engine, also known as the base powerplant for the Chevrolet Corvette. The LS1 produces an estimated 350 horsepower (261kw) at 5200 rpm and with 365 lb.-ft. (495 Nm) of torque, it has no problem leaving a stop with purpose. 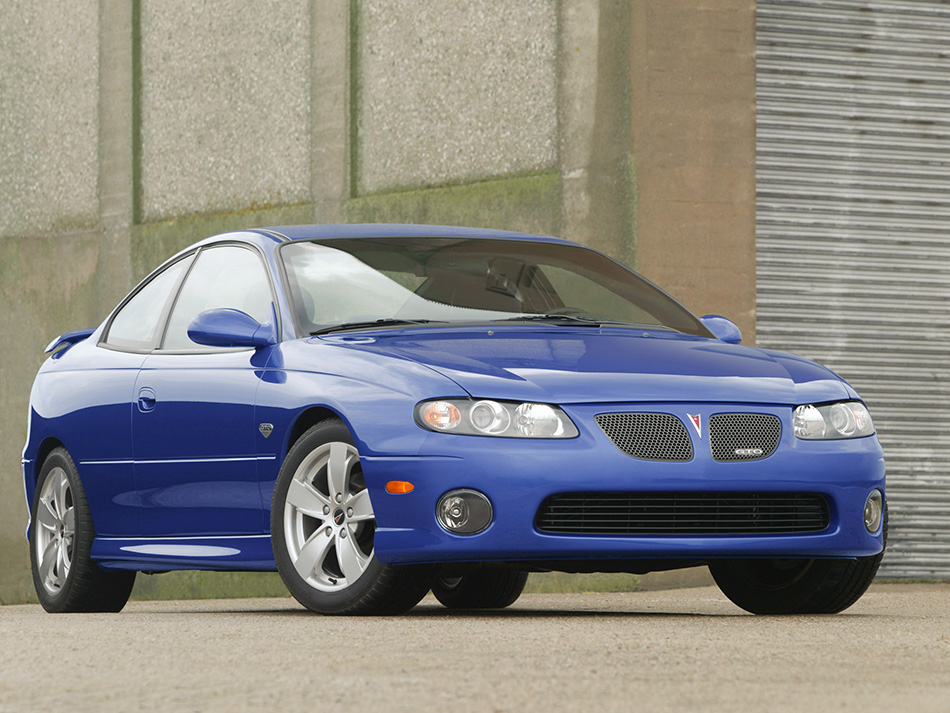 And, today's GTO revs through six forward speeds with the close-ratio manual transmission, or you can choose a four-speed Hydra-Matic. Both come with a 3.46:1 final drive ratio.

The GTO is, first and foremost, a driver's car. Every detail, from the satin-finish steering wheel to the race-inspired metallic pedals, gives the driver a sense of performance from the moment the car is entered. The standard feature list starts off with leather 2+2 bucket seats, in black or color-coordinated with the vehicle's exterior color. The high-tech seats provide lateral support, wrapping around the driver and front passenger and complementing the great handling characteristics of the chassis. Also standard is a six-disc CD-changer with premium 10-speaker sound system, cruise control, a multi-function driver information center, keyless entry system and a host of other features to enhance the driving experience.

Rather than create an imitation of the original legend, the 2004 GTO provides a contemporary interpretation of the classic Pontiac sports coupe. The distinctive, tautly stretched exterior, aggressive lowered stance and sleek, simple form all help express the clean, athletic styling direction of Pontiac. Add this to the obvious performance of the vehicle and you have a rear-wheel-drive V-8-powered premium sports coupe wrapped in a seamless, modern design.

Bringing the GTO to a safe stop is accomplished through standard four-wheel disc brakes (ventilated front, solid rear), part of a four-channel anti-lock braking system. Other standard safety features include dual front air bags, three-point safety belts for all occupants and an Emergency Mode that automatically shuts down the engine, turns off the fuel pump, unlocks the doors and turns on the dome light any time the air-bag system is deployed.

Production of the 2004 Pontiac GTO will begin in September 2003 at Holden's award-winning Elizabeth plant in Australia using the latest techniques to ensure both measurable and "perceived" quality. Projected annual production will be 18,000 vehicles.