Supporting the luxurious Nervastella, the Nervasport placed the emphasis on performance and notched up a string of endurance records.

The Nervasport racer was powered by Renault's second 8-cylinder in-line unit, inspired by aviation engineering developments. With this engine, the "Nerva" series would achieve a most distinguished record, from the roads and racetracks or Europe to the tracks of Africa. 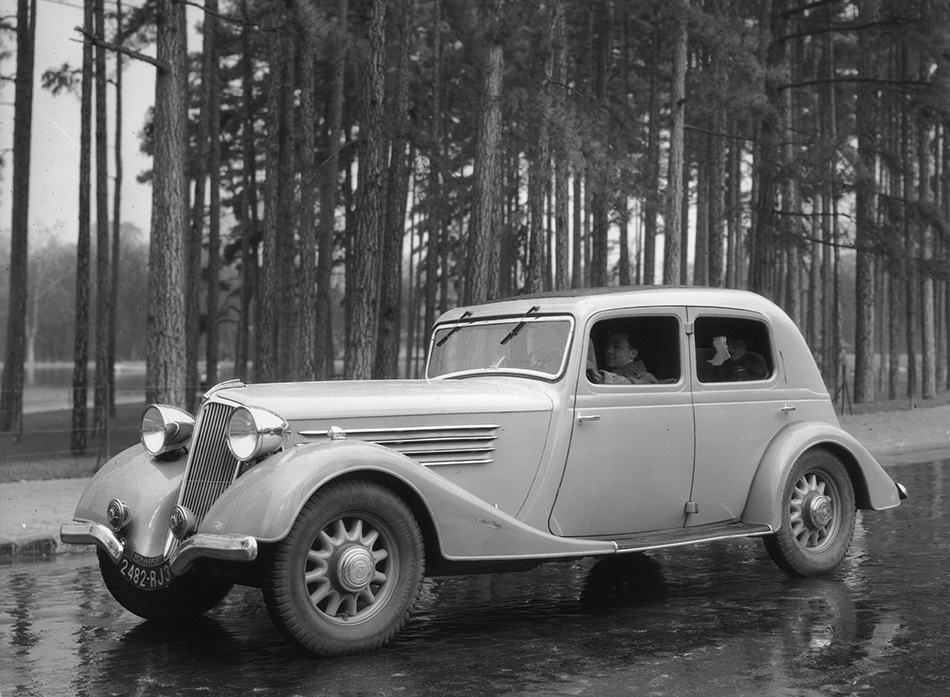 The road to consecration

The Nervasport finished 2nd in the 1932 Monte-Carlo Rally, just 2 tenths of a second behind the winner. But the Nervasport turned in its most spectacular performance at the speed ring in Montlhéry. In April 1934, a specially prepared Nervasport won several endurance records in all categories. It covered more than 8,000 km in 48 hours, an average of almost 170 kph with a top speed of close to 200 kph.

Consecration came in 1935 with victory in the Monte-Carlo Rally (and another Nervasport took 4th place). The 2 teams, from Norway and Estonia, had faced extremely harsh winter conditions, with icy roads and temperatures down to -20°C.

Exploit followed upon exploit, as the Nervasport won the 1935 Liège-Rome-Liège race (4,500 km in a single leg) and took 2nd place in the Morocco Rally, behind Bugatti.

The Nervasport was fitted with an 8-cylinder engine. The highly dynamic single-seater body was designed by Marcel Riffard, a man whose name  is associated with the history of both Renault vehicles and aircraft. This splendid performance made the name of the Nervasport and would influence the design of future Renault vehicles.