When the 33rd Paris Motor Show opened its doors on October 3, 1946 after an 8-year pause, one of the models on show caused a sensation. Developed by Renault in total secrecy, the 4CV was to enjoy huge success. A dazzling career awaited this car that started life as an undercover operation.

A car steeped in history

On June 16, 1940, German forces took over the management of Renault plants. All ongoing automotive projects were frozen. A handful of brave Renault engineers with a passion for their work, decided to defy the ban and started secret research studies on a new vehicle. They set 2 key requirements: the car had to be inexpensive and it had to be frugal in order to adapt to fuel shortages. Thus started the 106 project, which paved the way for the 4CV. 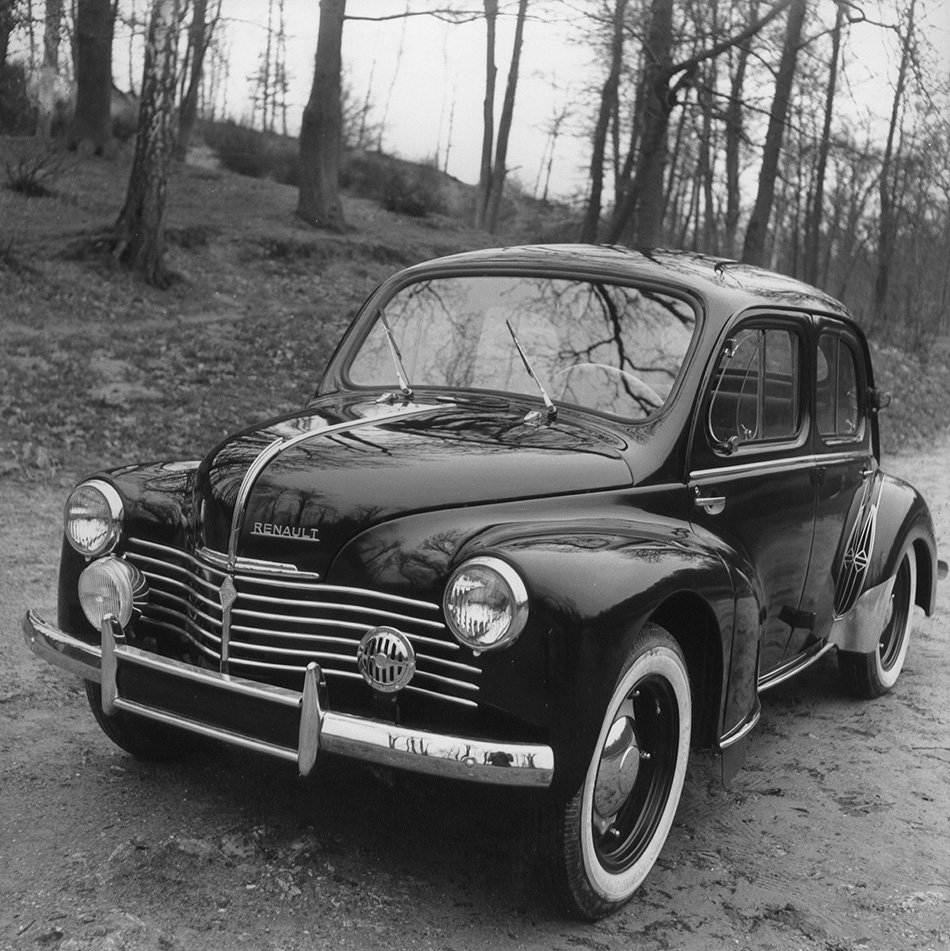 When France was liberated, the project gathered pace. In March 1945, Pierre Lefaucheux replaced Louis Renault at the head of the state-owned Régie Nationale des Usines Renault. The new Chairman and CEO was highly enthusiastic about this small, economical and eminently affordable car. He decided to improve the model with a view to bringing it to market.

The first 4CV left the Renault production line in 1947. It was available in 1 body style, 1 color and 1 engine: post-war France had no time for niceties! The main need was to meet the requirements of French customers who were rediscovering the joys of freedom and… holidays.

The 4CV, a little racer

The 4CV proved to be a strong competitor right from the start, notching up its first win on September 19, 1948 at Mont Ventoux. In the wake of this victory, the management gave the go-ahead for developing a sports version: the Renault 1063. Between 1951 and 1954, this vehicle won trophy after trophy: Monte-Carlo Rally, Tulips Rally, Alpine Cup, Tour de France and even the Le Mans 24-Hour event. This easily modifiable car even attracted the interest of small-scale vehicle converters, such as Jean Rédélé who used the 4CV as the basis for his renowned Alpine models.