From a conventional "rear-powered" version to the sleek lines of the Gordini, the Renault 8 underwent all sorts of conversions. Let's take a look back at one of the legends manufactured at Renault sites.

In 1962, major changes were under way for Renault's range of rear-powered vehicles (engine in the trunk). Sales of the Dauphine were plummeting and the management was in search of an innovative project to give the market new impetus. The solution? To bring forward the launch of the R8, which debuted on June 16, 1962, almost one year ahead of schedule!

The R8 followed on from the Dauphine but featured a bolder and more ergonomic design. The bodylines were drawn by Barthaux and his inventive team. Innovative design features included a choice of eight elegant body colours and a large glazed area. From a technical standpoint, the main innovation was the Bendix disc brakes on all four wheels, a world first!

The R8 nevertheless suffered teething problems and continued to be associated with the Dauphine in the minds of the general public. But in 1964, it found a way to make a name for itself. 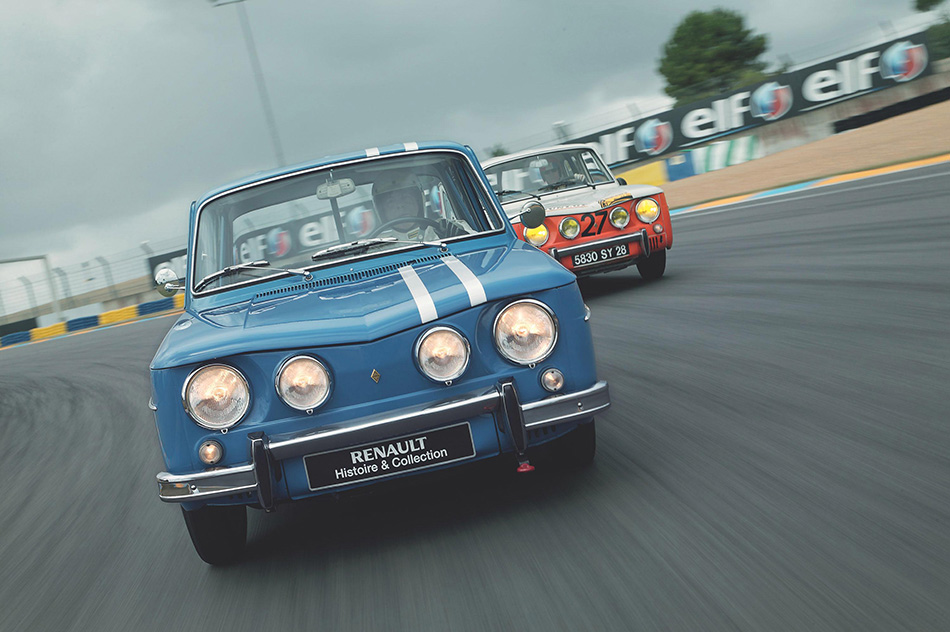 From the Major to the Gordini

January 1964 saw the appearance of the Major, a beefed-up version of the R8. With a top speed of 135 kph, it featured a new 1,108 cm3 engine mated to a fully synchronized 4-speed gearbox. The interior boasted, among other features, front seats with adjustable backrests, arm rests on the doors, black or fawn leatherette upholstery and a courtesy mirror. The R8 thus gained enhanced status …for a more enjoyable passenger experience.

But the best of the R8 was yet to come. In October, Renault presented the new Gordini 1100 at the Paris Motor Show. Sold exclusively in a color known as "French blue", with twin white lines running the length of the body, it established a new legend: a car that brought the thrills of sporty driving within the reach of an entire generation.

A legend is born

Just as it did with Jean Rédélé for the Alpine, Renault joined forces with a renowned driver and engineer to build this new sports model. Amédée Gordini turned the little R8 Major into a high-powered racer, virtually doubling engine power with a cylinder head of his own design and 2 excellent Weber carburetors. With its chassis system, steering, brakes, equipment and top speed of 175 kph, the Renault 8 more than deserved its round dials and blue bodywork with white side stripes. In 1966 this compact racer boosted engine power from the original 1,108 cc to 1,224 cc.  At the same time, its allure was enhanced by two additional headlights.

The "Gorde" was a huge success, notching up wins in the Tour de Corse (Corsica), Alpine Cup and Monte-Carlo Rally, as well as in a host of amateur events. In 1966 it even had a "Gordini Cup" created in its honor in 1966. This brought the legend within popular reach and underlined the recognized qualities of this car with its impressive sporting record. Many drivers started out at the wheel of this car and still have fond memories of it. In 1970, the R8 Gordini made way for the R12 of the same name.

This popular car gradually became a truly democratic racing car. Young people  from all walks of life were able to discover the pleasure of driving a sports model. A total 12,203 units were sold: 2,623 with the 1,100 engine and 9,580 with the 1,300 engine.

The Gordini remains an unrivalled legend that made its mark on a generation.