In 1979 the Marreau brothers were the talk of the Paris-Dakar rally, when they finished close behind the winners with a Renault 4. 3 years later, they won the event with a Renault 20 turbo 4x4. 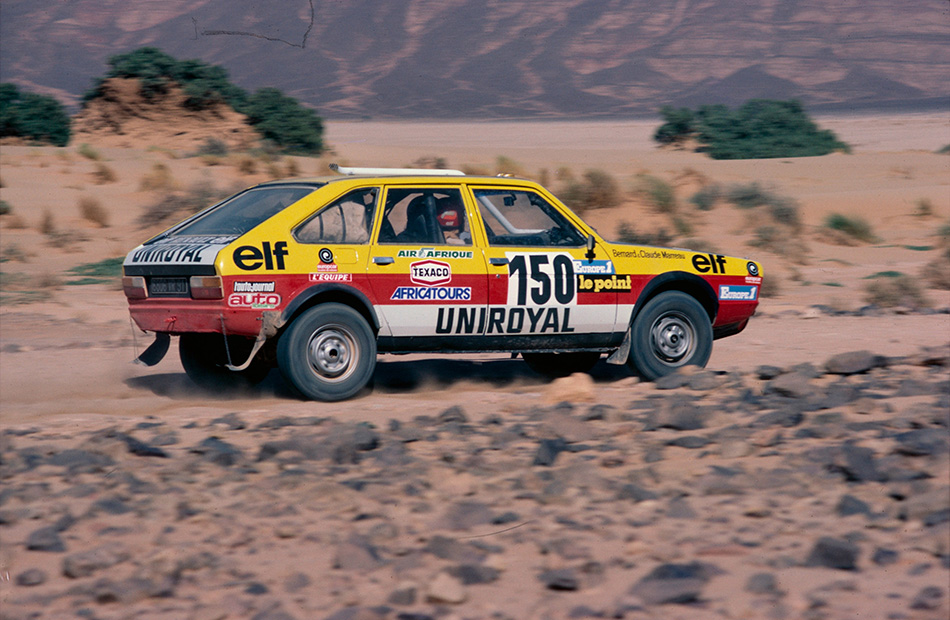 The 1st Paris-Dakar rallies attracted all sorts of vehicles, 4x4s, buggies and side-cars lined up alongside a Rolls-Royce and even a 1927 Renault KZ! In the rally's 2nd year, the brothers Claude and Bernard Marreau surprised everybody by taking 2nd place with their modest Renault 4, just behind the Range Rover driven by Genestier-Terblaut-Lemordant. The brothers were no beginners, since they had already set a record on the Cape Town- Algiers raid in 1971.

In 1982, they were back in the Paris-Dakar with a Renault 20 prototype equipped with a turbocharged engine and 4-wheel drive. Making full use of their exceptional skills as both drivers and navigators, they held off attacks from the Ladas driven by Briavoine-Deliaire and the Mercedes of Jaussaud-Brière and Ickx-Brasseur to cross the finishing line ahead of the other 380 competitors. The Marreau brothers added their names to the list of winners of 1 of the world's best known races.