A RENAULT DUSTER DÉTOUR teaser media release sent out just ahead of JIMS 2013 attracted worldwide attention and phenomenal online coverage. Well, the rest of the world can eat their hearts out! Renault Duster Détour is exclusive to South Africa and Renault aficionados, and SUV buffs alike will have a once-off opportunity to get up close and personal with this singular show-SUV at the 2013 Johannesburg International Motor Show (JIMS) running from 18 - 27 October at the Expo Centre, Nasrec. Renault Duster Détour is the fruit ofan intense collaborative work between Renault Design Central Europe and a specialised South African design studio based in Johannesburg … think Mad Max with a touch of the Terminator. Throw in some Dakar dust ‘n dirt and that's Renault Duster Détour for you! 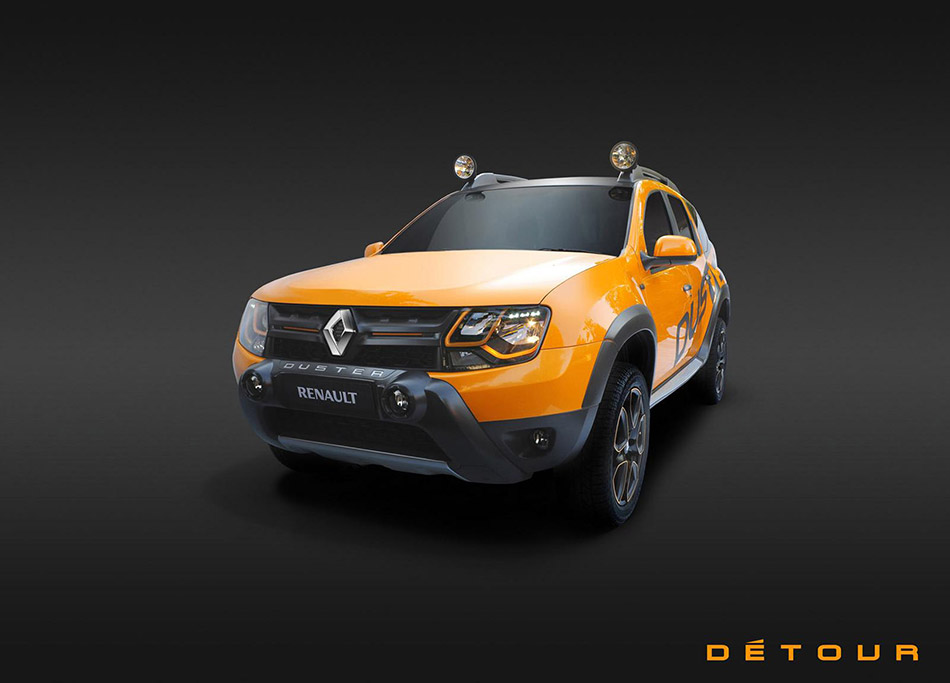 The side views are nothing short of spectacular with Duster side graphics dominating the SUV from back to front. This is a vehicle that's definitely not shy to be noticed! The stark Matt Grey coated back-end is pure Mad Max, its only relief the chrome-clad Renault badge. A rear roof spoiler, black LED tail lights and double exhausts and silencer with rear diffuser enhance Duster Détour's ominous demeanour. "We've had an enormous amount of fun in integrating the key design equipment and eye-catching elements that have gone in to making up the Renault Duster Détour" says Geoffrey Gardiner, Director at Renault Design Central Europe.